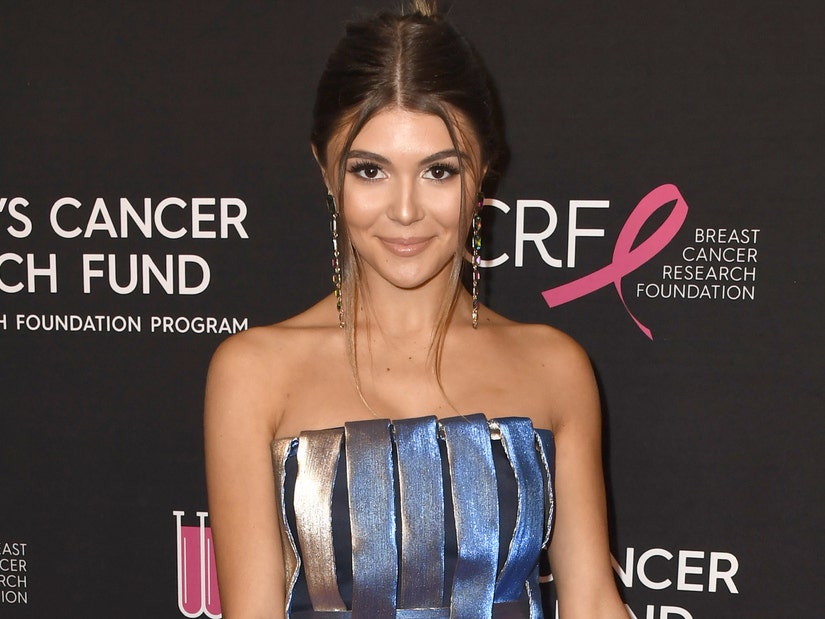 Olivia Jade Giannulli is ready to make her return to YouTube after being inactive on her account for over a year.

The 21-year-old influencer took to her Instagram Story to share the news: "I genuinely just have the biggest smile on my face while editing. I'm starting to remember why I did this whole thing at 14. Brings genuine joy."

"I'm v excited for this new chapter and also a little mind blown – you guys haven't seen a vlog of mine since I was… 19," Olivia noted.

BREAKING NEWS THAT WILL MOST DEFINITELY CHANGE YOUR LIFE: Olivia Jade is getting ready to make a comeback to YouTube. She stopped due to her family’s involvement in the college admissions scandal. pic.twitter.com/bgCqmrtjni

The beauty guru and fashion blogger who's garnered over 1.86 million YouTube subscribers originally teased her comeback to vlogging on TikTok after posting several videos indicating she was ready to start over again.

"Like this if i should bring back my #vlogzzzzz also tried to show u guys this natural makeup look (i can do a tutorial if anyone wants) Kk bye😄🤎 ily," she wrote.

"Please post again on YouTube I love watching your videos," one dedicated fan wrote in the comment section of her TikTok. Gianulli responded, "Thank you so much for the sweet comment. I just want to say first of all, comments like this actually make my day and I'm just, I'm really grateful. And, also, OK. I will. I guess I will come back to YouTube. What? Ah!"

The news comes after her mother, Lori Loughlin, was released from prison after serving two months for her role in the college admissions scandal.

On December 28, the "Fuller House" actress flew home in a private jet from the Federal Correctional Institution in Dublin, California. Lori had been imprisoned after she and her husband Mossimo Giannulli plead guilty to several charges associated with using the services of William "Rick" Singer to get their daughters, Olivia Jade and Bella, accepted to the University of Southern California.

Mossimo was sentenced to five months.