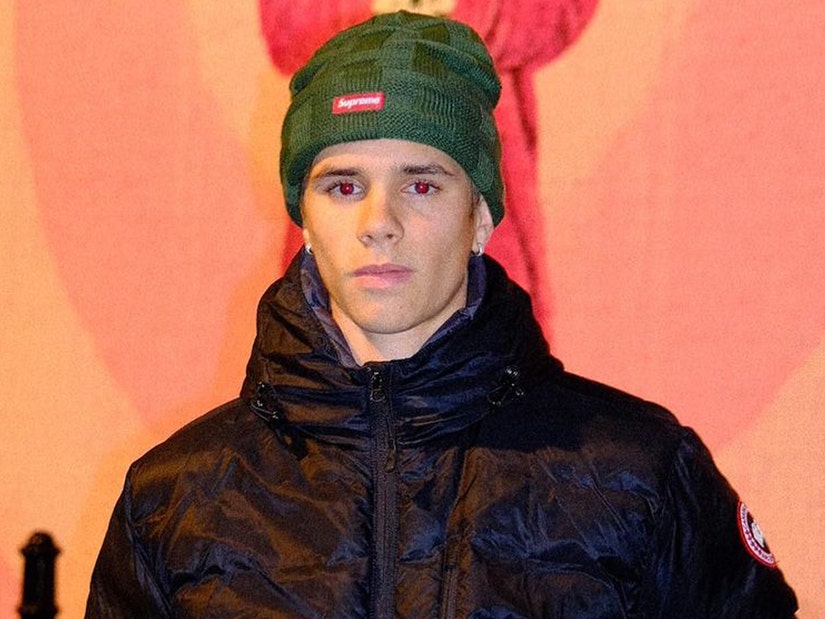 "What an incredible first cover for @luomovogue," David wrote.

On Monday, the 18-year-old model -- who is the younger son of Victoria and David Beckham -- took to Instagram to reveal his L'Uomo Vogue magazine debut. Although Romeo has been modeling for years, the L'Uomo Vogue Generation Issue is said to be his first magazine cover. 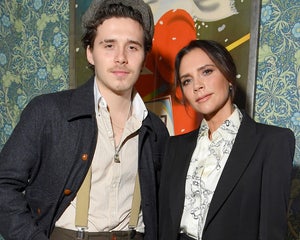 In the cover photo, the young star -- who appears to take after both of his famous parents -- can be seen donning an olive-colored oversized cardigan and Prada boots.

Romeo went on to post more photos from the cover shoot, which were taken by photographers Mert Alas and Marcus Piggot and was styled by Danny Reed. He showed off his skills in each shot, flawlessly modeling the casual wear. In a couple of the shots, Romeo's abs were on full display.

One of Romeo's posts including a grid of moving images from the shoot, in which he can be seen playing with his platinum blond hair.

According to Daily Mail, Romeo's L'Uomo Vogue cover photoshoot was shot last month and the clothing featured in the shoot includes both designer and vintage clothing.

Both Victoria, 46, and David, 45, took to Instagram to celebrate their son's first magazine cover.

"So proud of you @romeobeckham ❤️ What an incredible first cover for @luomovogue," David wrote alongside shots from the cover shoot.

Victoria shared several photos from Romeo's photoshoot on her Instagram profile and echoed David's thoughts, writing, "Proud of you @RomeoBeckham."

Many stars congratulated Romeo on his L'Uomo Vogue cover, including his future sister-in-law Nicola Peltz, who is engaged to Romeo's 21-year-old brother, Brooklyn Beckham.

L'Uomo Vogue shared several shots from the cover shoot as well. Check them out in the posts, below!