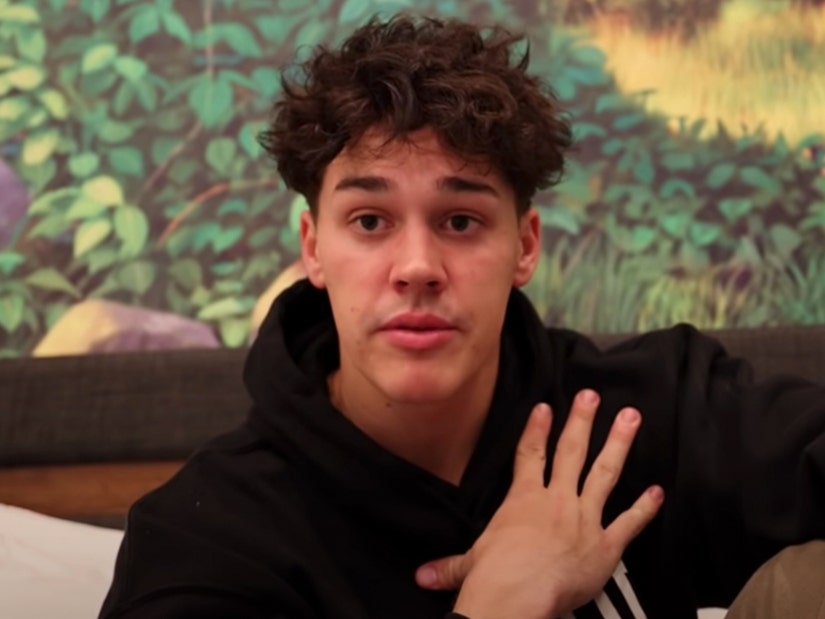 "It was the hardest decision I've ever had to make in my life."

Noah Beck may have garnered over 26 million TikTok followers within a year, but that doesn't mean choosing this lifestyle was easy.

The 19-year-old internet sensation got candid in a new YouTube video titled "WHY I QUIT..." where he discusses the choices he made that led him down the path of fame, ultimately turning down his true "dream and passion."

"It was plan a, which was going professional being a pro soccer player," Noah explained. "That was the only thing on my mind since I was three years old right? I just didn't find passion in like anything else I did. Soccer was the only thing that brought me joy."

With a lot of practice and dedication, Beck says he became very good at the sport, even getting recruited to a youth academy at the age of 15 in Utah, where he played for three years.

By the time Noah was looking at colleges, he received multiple offers from universities like UCLA and Stanford, until committing to the University of Portland, bringing him one step closer to making his dreams a reality.

However, everything changed once the pandemic hit in March of 2020.

Students all across the world were sent home for online schooling and during that time Beck got into some fun sibling rivalry with his sister by challenging each other with who could gain more TikTok followers.

Garnering an impressive amount of followers within a short period of time, Noah got a call from fellow Sway House member, Blake Gray, where he asked Noah to fly out to LA and meet the rest of the Sway boys.

Noah confessed meeting the Sway boys was a "star struck moment" because he had always watched them on the app.

Once his visit came to an end, Bryce Hall, pulled Noah aside and asked the rising star if he wanted to join the famous house.

"Without thinking I was like, 'hell yeah.' But then I had to really think because — I mean I'm gonna get serious for a sec — it was the hardest decision I've ever had to make in my life," Noah exclaimed. "I was choosing between my dream and passion, being a professional soccer player."

"This opportunity came, and it was one that I just had to sleep on for weeks and weeks," Noah recalled.

Fortunately for us, with the overwhelming support of his parents, Noah decided to join Sway House.

"I don't regret any decision I made. Everything happens for a reason," Beck continued. "But I do miss soccer more than anything."