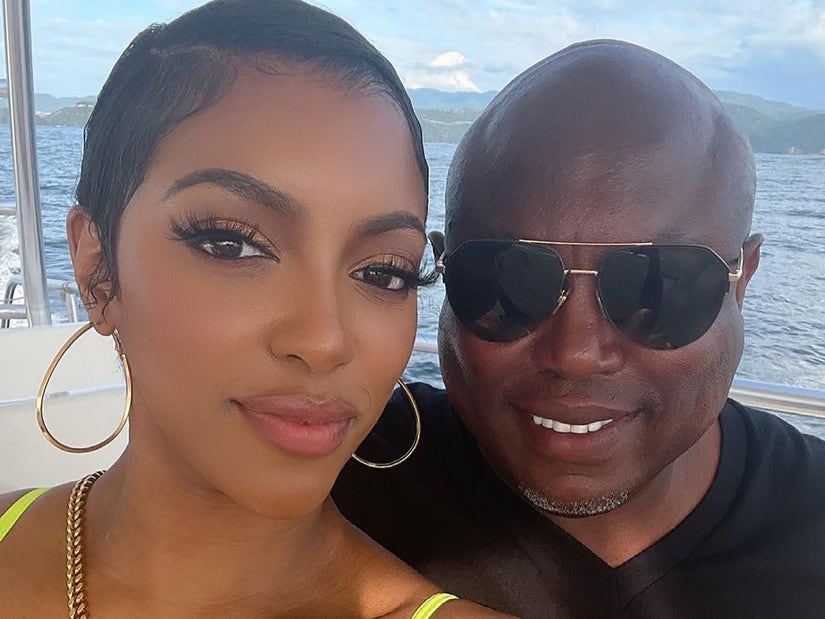 "At this time, I am focusing on finalizing my divorce and healing. Sending positivity to all of you," Simons's ex, Falynn, told E! in her first statement after the engagement news broke

Porsha, meanwhile, responded to a few fan questions about the engagement on Twitter throughout the day -- saying "Maybe" when asked if Bravo would televise the wedding and telling another follower, "That's a lie" when they claimed Simon used the same ring as Falynn's to propose.

When another fan said Simon was "perfect" for her, she said, "I think so too" -- and said she was "excited" and has "so much to plan."

After fueling engagement speculation and a lot of curious eyebrow raises with her Mother's Day post featuring a ring on that finger and a familiar-looking man in the picture, Porsha Williams is setting the record straight.

Less than three weeks after new "Real Housewives of Atlanta" personality Falynn Goubadia announced that she and husband Simon were getting divorced after two years of marriage, fans were wondering if he's now engaged to Falynn's "RHOA" costar, Porsha. 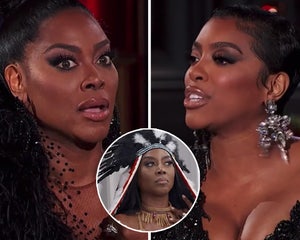 According to Porsha's own timeline, where she confirmed that Simon is her new man, the couple would have been dating at the same time both Falynn and Simon were announcing the dissolution of their marriage.

Saying that they'd begun dating a month ago, Porsha wrote in a new post on Instagram, "We are crazy in love. I know it's fast but we are living life each day to its fullest. I choose happiness every morning and every night."

Insisting that she would be "tuning out all negative energy," Porsha nevertheless did offer some details as to how this came to be, saying that she was doing so "for all you people that need facts."

And because she "gets the optics," which could certainly be interpreted in a non-favorable way considering she and Falynn appear on the same show. Nevertheless, Porsha insists there was nothing untoward going on, and there never has been. 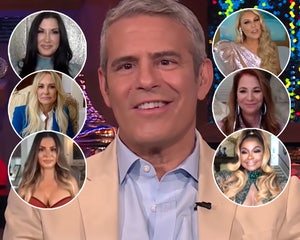 At first, she didn't even mention Falynn by name, instead writing, "Simon filed for divorce from a previous marriage in January. I had nothing to do with their divorce filing. That’s between the two of them."

It's the fact that Falynn and Simon went public only in late April that created the appearance of an overlapping timeline in the relationships. Porsha then went on to pointedly add, "Falynn and I are not friends, and Simon’s divorce has been settled." She went on to again emphasize that this is "a positive, living step forward in everyone's lives."

Then, as if responding directly to that Mother's Day photo that featured Porsha, Simon and her ex (and father to her two-year-old daughter) Dennis McKinley, Porsha quickly moved away from all talk of Falynn and instead focused on how the two men in her life are committed to "being the best co-parents they can be to baby PJ."

As many have pointed out, it's perhaps not as odd as it might seem that Porsha and Simon have gotten cozy. Simon and Dennis have worked together, so Porsha has known him longer than it might appear, and not just through his relationship to "RHOA" and Falynn.

One thing Porsha did not address, though, was the ring so prominently featured in that and other photos and videos on both her Instagram and Instagram Stories. Thankfully, Simon also shared the big news on his page, and he wasn't nearly as coy.

Simon followed Porsha's post a few hours later with a statement of his own on Instagram, sharing a series of pics, including a prominent shot of that prominent ring! He thanked their supporters and well wishers, and then confirmed that they are indeed engaged.

"Getting married again was never a question in my mind, but when. [sic] Did not expect to be blessed with a mate so soon," he wrote. While that was largely unclear, but certainly seemed to suggest engagement, further reading clarified everything.

He went on to say that they've both done the work individually to be able to sustain a healthy marriage. "I asked her to marry me because we checked ALL of each other’s boxes, and then some," he wrote. "I stand next to her, proud that we found each other."

"What we have is what we wish every single one of you out there - happiness. So when I asked...she said yes," he said. "That is ALL that mattered."

Falynn has not posted since either of their respective announcements, while Porsha and Simon turned off commenting on both their posts. Before that happened, however, LaToya Ali wrote, "I love, love" on Porsha's post -- while Andy Cohen wrote "Mazel" and NeNe Leakes added "Congrats P! Always choose happiness first #Lovewins."

Kenya Moore, who has often been at odds with Porsha on "RHOA," appeared to react to the news with a shady video: