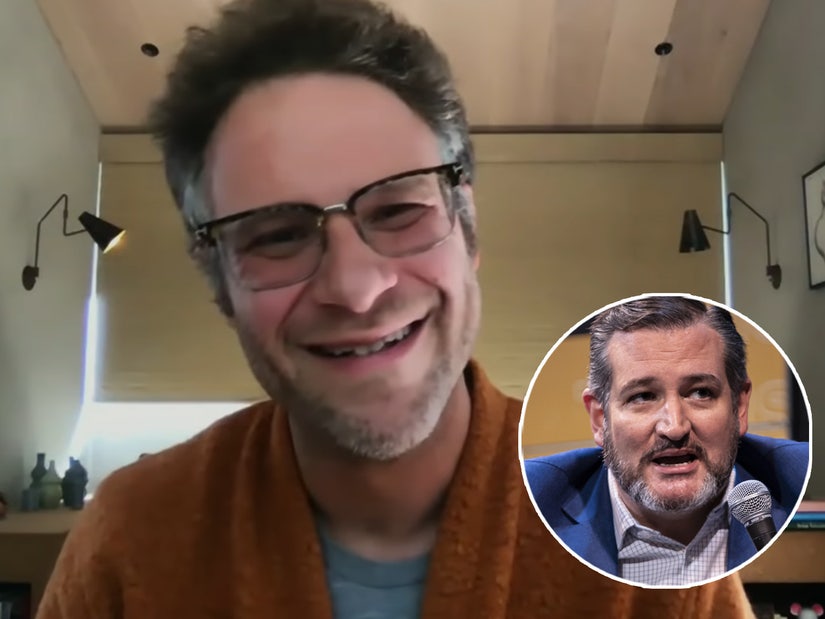 Rogen also said the Senator is a "terrible man whose words have resulted in death" on Colbert.

The war of words between Ted Cruz and Seth Rogen came back in full force this week, with the Texas Senator hitting back at the actor for insulting him on Thursday's "The Late Show with Stephen Colbert."

During the late night program, Rogen once again called Cruz a "fascist," adding that he thinks the Republican lawmaker is a "terrible man whose words have resulted in death."

A day later, Cruz's spokesperson sent a statement to Fox, which included a dig at President Biden too.

"We know Sen. Cruz is busy fighting to save the country from Biden's disastrous policies," it read. "It's surprising to see that he's living rent free in Seth Rogen's head at the same time."

Although those could be interpreted as fighting words, Rogen claimed the pair's recent Twitter arguments were not enough to be called a "feud."

"He denies the reality of the election. His words caused people to die and I'm making jokes about it," he added. "Is that a feud?"

Colbert also asked Rogen -- a renowned marijuana enthusiast -- if smoking weed with Cruz might be a good thing.

"It would be beneficial to him because it would be humanizing in some way to hang out with me, I imagine," Rogen replied.

Back in January, Rogen tweeted "f--- off fascist" in response to Cruz slamming Biden for rejoining the Paris Climate Agreement.

Cruz replied, "Charming, civil, educated response. @Sethrogen. If you're a rich, angry Hollywood celebrity, today's Dems are the party for you. If you're blue-collar, if you're a union member, if you work in energy or manufacturing ... not so much. #JobsMatter"