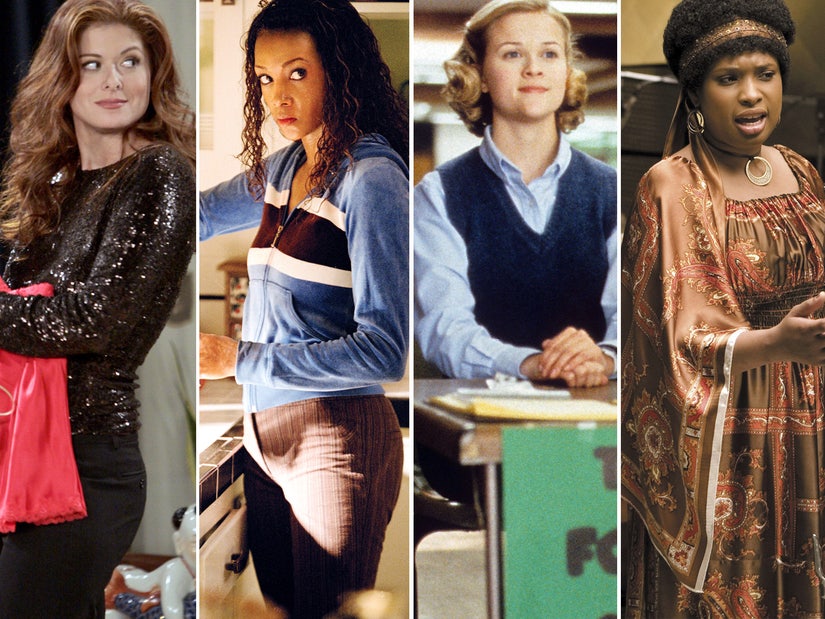 Jennifer Hudson won an Oscar for "Dreamgirls" ... but she wasn't the only one up for the showstopping part.

This week, a number of stars took to Twitter to reveal which huge roles they nearly landed, after a prompt from "The Handmaid's Tale" star Ever Carradine.

She kicked off the sharefest by asking, "Actors: What is a show or movie you came extremely close to getting that no one would ever believe?" She then went first, revealing that she "tested for Grace on Will and Grace three or four times."

That role, of course, wound up going to Debra Messing.

Actors: What is a show or movie you came extemely close to getting that no one would ever believe? I’ll go first: I tested for Grace on Will and Grace three or four times.

Things started to get really interesting in the replies and retweets, as Yvette Nicole Brown, Merrin Dungey, Jason Alexander and more all started sharing.

"I got very close & got to read with Quentin Tarantino for parts in Kill Bill and Death Proof, but alas [Vivica A. Fox] and [Tracie Thoms] got those parts and crushed them," revealed Dungey. "But I've never worked so hard to try and get a part. I've lost many a role to the talented [Thoms] and [Yvette Nicole Brown]."

Dungey also shared that she was recently up the part Brown wound up nabbing in Disney+'s "Big Shot," tweeting at Brown, "They told me I had it in the bag. A few weeks later ... You're the right one baby!"

Yvette replied by writing, "NOOOOOO! Are you kidding me? You would’ve been an AMAZING Sherilyn! I gotta say, it’s their loss. They blew that!" -- and added, "Welp, you got my beloved #Ursula on #OnceUponATime! What a ride? I think we are now even!"

She then revealed she was also "in the running for Effie in #Dreamgirls for MONTHS." Brown said she "even performed as Effie in screen tests for actors up for the role of her brother. Recorded a feature-length storyboard for the production as Effie." She then added, "[Jennifer Hudson] and her Oscar completes the story!"

"Seinfeld" star Jason Alexander tweeted that he was cast in "A Few Good Men" but had to walk from the project because of scheduling conflicts with the sitcom. "[Kevin Pollak] was my replacement and I have never forgiven him for being better than I would have been."

He added that Pollak was now one of his pals, joking, "I'm waiting for him to quit a job for me. Waiting ..."

Pollak responded by saying he wouldn't have even been available for "A Few Good Men" if he hadn't lost the male lead in "Honeymoon In Vegas" to Nicolas Cage. He claimed the director wanted Pollack, who even screen tested with Sarah Jessica Parker, but the studio wanted Cage. "I was devastated," he added.

Saying she loved the question, "ER" alum Kellie Martin said "the one that got away" for her was the role of Tracy Flick in "Election." She said "I was close and it was heartbreaking," but also conceded that Reese Witherspoon was "perfect" in the part.

Comedian Brian Posehn also responded to the prompt by simply saying, "This guy" and sharing a photo of Sulley from "Monsters, Inc.," the furry creature voiced by John Goodman.

Comedian Rhonda Hansome said she was up for "Ghost," but admitted it "belonged" to Whoopi Goldberg. "Ugly Betty" star David Blue, meanwhile, said he was on hold for a lead role in the "Friday the 13th" remake for six months, before he was released "without explanation."

"24" alum Sarah Wynter said her near-miss was "Pearl Harbor," saying it came down to "Kate Beckinsale, Amanda Peet and me testing with Ben Affleck." She admitted "Kate was great and actually perfect for that role."

Noting she was also up for the part, Carradine said she often finds that when "looking back on things I did not get," she realized "that they always made the right choice."