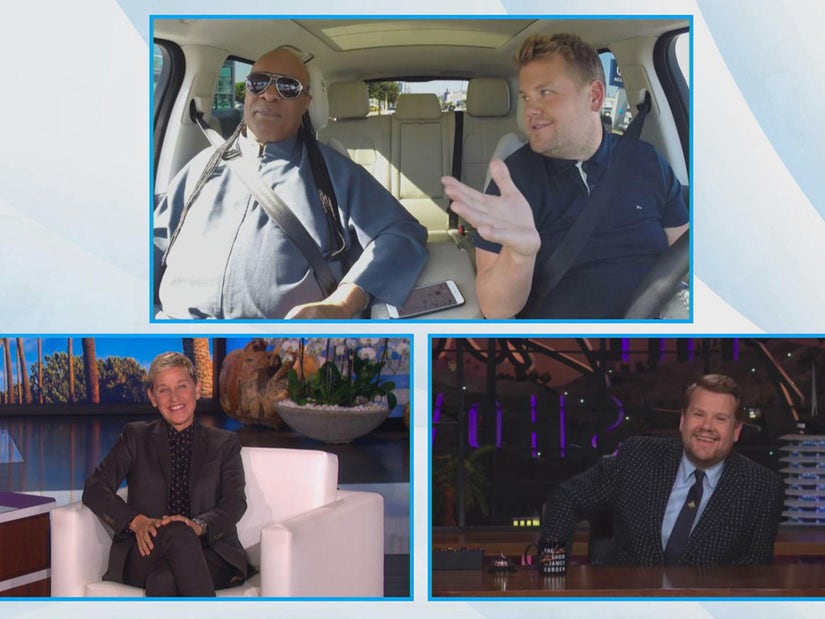 The late-night talk show host also shared his thoughts on when he thinks "Carpool Karaoke" will return.

James Corden is taking a look back at when Stevie Wonder appeared on "The Late Late Show" segment, "Carpool Karaoke," and sharing what viewers didn't see on TV.

While appearing on Tuesday's episode of "The Ellen DeGeneres Show," the late-night talk show host recalled the "moving" moment when he had Wonder surprise his wife with a serenade over the phone. However, Corden, 42, hilariously revealed that his wife, Julia, was in a restaurant bathroom when she received the phone call from Wonder. 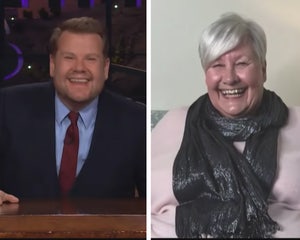 "Stevie Wonder was I think a real turning point for that segment on our show because it was incredibly moving," began Corden, who appeared virtually. "And we came up with this idea that -- and I didn't tell my wife -- and we thought maybe it would be fun if Stevie would call Julia, my wife, and sing, 'I just called to say, James loves you.' And I didn't tell her that he was going to call and he did."

"What's on TV is really moving. I couldn't help, but be overwhelmed with it," he continued. "If this was an auction prize, this would go for millions of dollars. Stevie Wonder is going to call your wife and sing, 'I just called to say, James loves you.' I didn't know what I've done to deserve so many memories."

However, "The Prom" star's vision of his wife answering the surprise phone call was different than what really happened.

"What I didn't know is when I got home, my wife, Julia, was actually in a bathroom stall at a restaurant when the phone rang," Corden recalled. "So I had this gorgeous image of her just being completely overwhelmed with emotion, but she was just literally in a toilet at a restaurant as he was singing this love song down the phone."

"And I'm glad I didn't know that at the time because it was so moving when it happened in real life," he added with a laugh.

Meanwhile, Corden also shared his thoughts on when he thinks "Carpool Karaoke" will return. It's been over a year since new episodes of the fan-favorite late-night segment have been shot due to the coronavirus pandemic.

"I don't know, really. We wonder when someone will tell us when it's okay," Corden explained. "I'm hopeful for the end of summer or autumn time that we'd be able to do it again."

"It feels like there's a whole raft of artists that we're desperate to do it with," he added. "I've had the most incredible last few years or whatever, but I don't know. We seem to work in the strictest building and maybe on Earth. My stage manager is nodding as I do this, he's going, 'Yes, we do.' So I hope so much that we'll be able to do it before the end of the year. I hope." 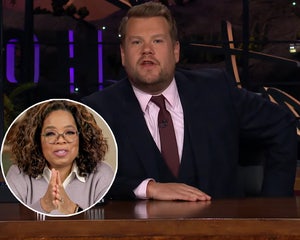 Also during the interview, Ellen challenged Corden and his crew to a push-up contest next year. The actor recently starred in a Weight Watchers campaign -- and has lost 25 pounds on the program.

"Now, listen, I know, 'cause I've talked to you about this, that you hate exercising," Ellen told Corden. "Most people don't like exercising. We started something here on the show where after rehearsal every single day -- and there's not a lot of us here because of Covid -- but the people who are here, the whole crew, we all get down on the floor and we do as many pushups as we possibly can for as long as we can. It's been a very bonding thing. So we want to challenge you and your crew next year to see who can do the most pushups."

When Ellen informed the "Cats" star that he'd in fact have to join in on the challenge too, he joked, "Well that does change things." However, Corden said he and his crew would "be up for that," noting that the CBS late-night show has some "real fit guys" on the crew.

"I'll be lighter by then," he added. "So hopefully I'll have done another 20 pounds and then I'll just at least be able to do five."

At the end of the interview, Corden recalled the first time he ever appeared on the daytime talk show. See what he had to say about what that moment meant to him in the clip, above.