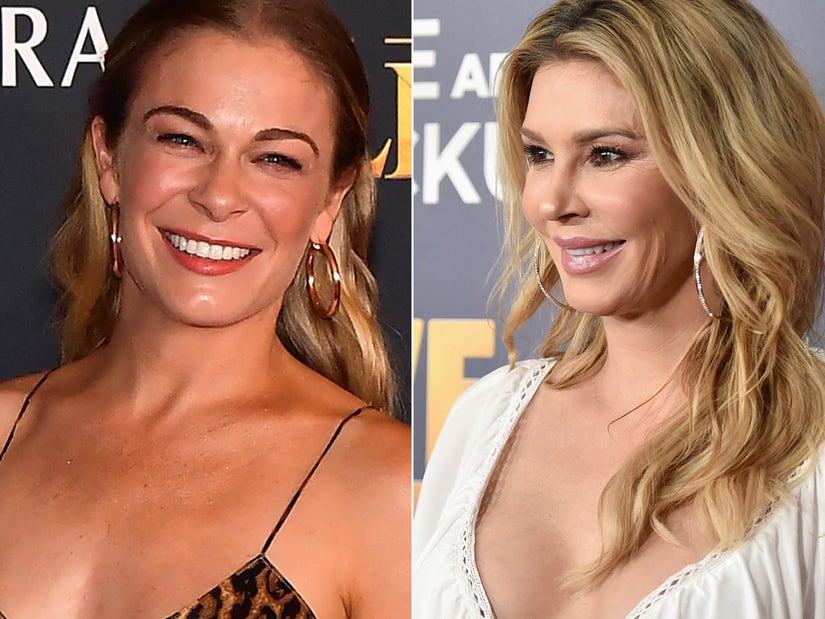 "I think our kids had a lot to do with it because the kids love when we're all together, and it's so obvious," Brandi said of spending time with LeAnn and her ex, Eddie Cibrian.

Their relationship scandal rocked the tabloid world, but after more than a decade, Brandi Glanville says things are great between her, her ex Eddie Cibrian and the woman he cheated on her with and subsequently married, LeAnn Rimes.

It might have been a very messy affair at the time that led to many, many years of bad blood between Brandi and the pair, but she says that they're all in a much better place now, going so far as to joke that she and LeAnn are almost like "sister wives," now. 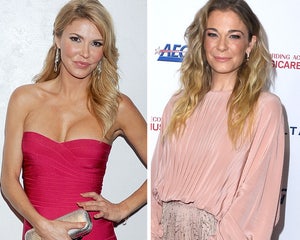 "The truth is LeAnn and I get along really well," she told Dax Holt and Adam Glyn on their Hollywood Raw podcast. "I think our kids had a lot to do with it because the kids love when we’re all together, and it’s so obvious. They’re so happy."

She also credits simply growing up after a "decade of fighting." Even though Eddie and LeAnn's relationship started as an affair while he was still with Brandi, the reality star says she's over it.

Even friends who still have a hard time letting go of the past she tries to tell, "If I can deal with this, you guys need to get over it."

Ultimately, what it came down to was that the women found out that they actually have a lot in common between their love for Eddie's family and in particular, the children they both have such a key role in bringing up.

Brandi and Eddie have two children together, 18-year-old Mason Edward and 14-year-old Jake Austin. That also means that no matter what might have happened in 2009 when Eddie meet LeAnn on the set of Lifetime's "Northern Lights" film, Brandi and Eddie are tied together forever, thanks to their children.

"We bicker still like we’re married when we’re not," said Brandi, but ultimately it's the three of them coming together for their children. "It's me and LeAnn and Eddie."

Brandi first made it clear how far she and LeAnn have come with an Instagram post of the parent trio celebrating Mother's Day together. She expressed her love for the "crew," even adding the word "honestly," just in case any of her friends thought there was still bitterness there.

Since then, she has shared additional family moments that have included LeAnn, including Mason's graduation and birthday celebrations. Time may be a great healer, but love can overcome all.