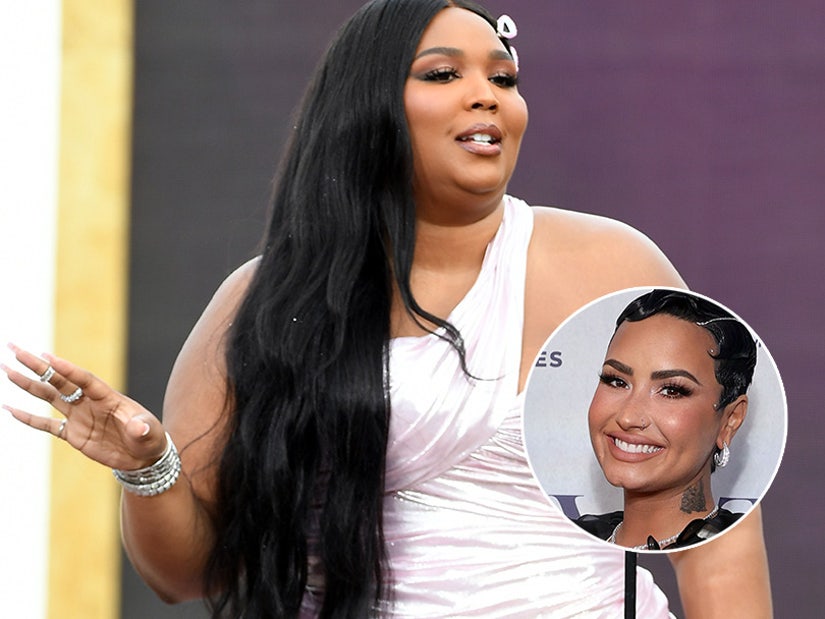 The paparazzo was trying to suggest a collaboration between Lizzo and Demi when they misgendered the "Anyone" singer, which Lizzo promptly corrected -- twice!

It took a couple of tries, but Lizzo finally got her message across about the importance of proper gender identification as she was chatting with the paparazzi over the weekend.

On Thursday, Demi Lovato got wind that Lizzo had their back in a video that had begun circulating among Demi's fanbase. Sharing to their Instagram Stories a screenshot of Lizzo clarifying their preferred gender identity, Demi gave a huge shoutout and vehement thanks.

"@lizzobeeating you f------ queen I love you thank you," Demi wrote on the image. 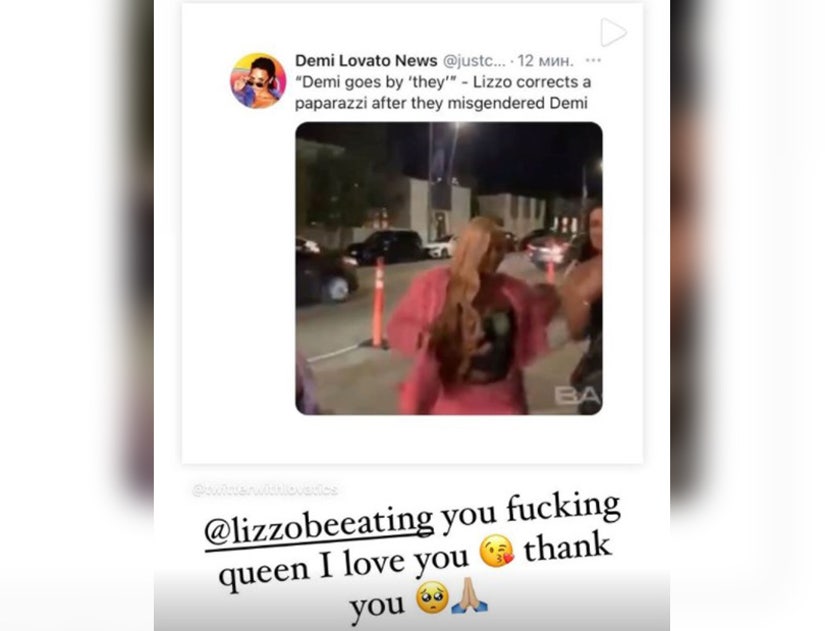 In the original clip, Lizzo is in good spirits as the paparazzo is asking her about a possible collaboration with Demi, lamenting playfully that they don't have a song together. If they did, she would of course be totally down. 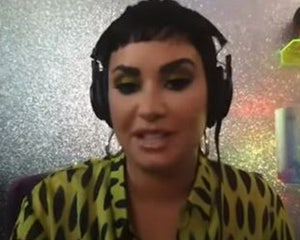 After she paused for a few selfies with excited fans, the paparazzo tried again to get something more meaningful from Lizzo, asking her, "Is that a message to Demi, should she reach out?"

Immediately, Lizzo stopped and, holding up an admonishing finger, chided, "They."

Not getting the message, the questioning continued, "Have her team contact your team?" 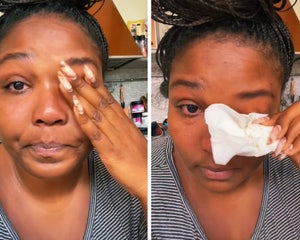 “Demi goes by ‘they’” - Lizzo corrects a paparazzi after they misgendered Demi pic.twitter.com/p9PVff08PL

"Their team," Lizzo emphasized again. "Demi goes by they." At this, she turned and walked away as it finally clicked and "thank you for the correction, you got me" followed behind her.

Demi came out as nonbinary, preferring they/them pronouns, during their new podcast, "4D With Demi Lovato" in mid-May. "Over the past year-and-a-half, I've been doing some healing and self-reflective work. And through this work, I've had the revelation that I identify as non-binary," they explained.

"With that said, I'll be officially changing my pronouns to they/them. I feel that this best represents the fluidity I feel in my gender expression and allows me to feel most authentic and true to the person I both know I am, and am still discovering," Demi added.