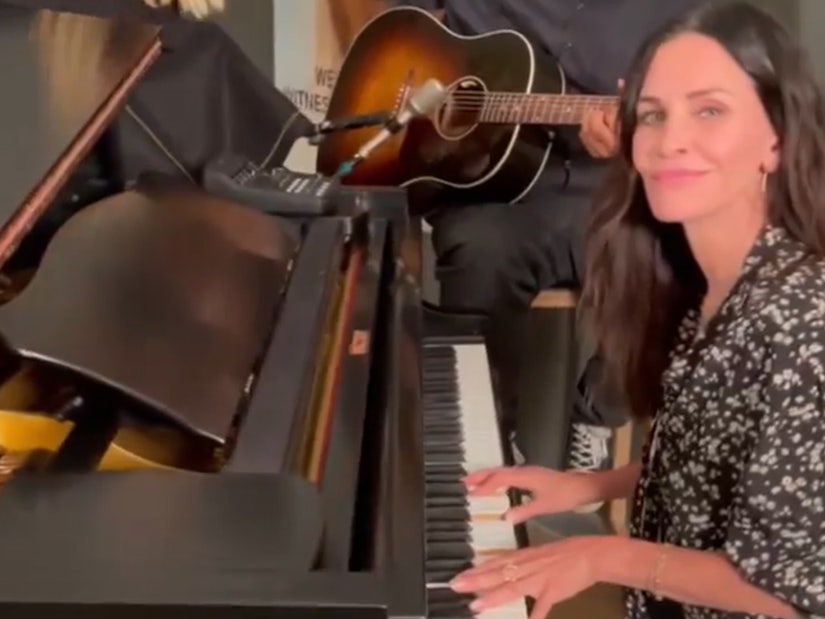 With Cox at the piano, Bedingfield also broke into the Friends theme song.

Although fans are familiar with the "Friends" actress's frequent musical performances on Instagram, Courteney Cox surprised followers with an unexpected collaboration with Natasha Bedingfield this week.

The pair performed a stripped down rendition of Bedingfield's smash hit, "Unwritten" originally released in 2004. With Cox on piano and Rod Castro accompanying on guitar, the actress shared video from an acoustic performance of the early 2000s bop.

Cox and Bedingfield were rehearsing for their upcoming performance for UCLA's Environmental Institute on October 13, which happens to be the International Day for Disaster Reduction. The 57- year-old actress also dedicated the performance to her boyfriend of 7 years, Snow Patrol's Johnny McDaid.

After finishing the song, Cox looked into the camera and sent a message for Daid -- blowing a kiss towards and adding, "That's what we've been doing, I love you." In the background, Bedingfield then broke into the "Friends" theme song, "I'll Be There for You" by The Rembrandts. "BTS message for my JMD," Cox captioned the post.

Famous friends of the star also showed support for her musical talent and unexpected collaboration with the "Unwritten" singer in the comments.

Bedingfield herself took to the comments to express her gratitude for their partnership. She said, "Can't believe how much our guitarist looks like your painting! Totally makes my whole life to have you playing my song with me, love you." 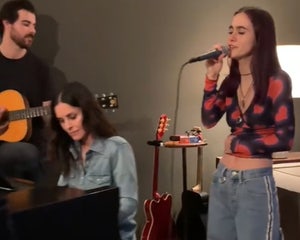 However, devoted fans and followers are no strangers to Cox's talents on the piano and her frequent collaborations with her famous friends and family members.

The actress often accompanies her equally talented daughter, Coco Arquette, and have previously shared their renditions of Adele's "Chasing Pavements" and Taylor Swift's "Cardigan" to her Instagram.

Coco's sweet voice and her mother's fingers over the ivory keys make for a beautiful pairing that has received great praise on the social media platform. Cox has also famously collaborated with other celebrity guests like Ed Sheeran and Elton John to perform a cover of "Tiny Dancer".