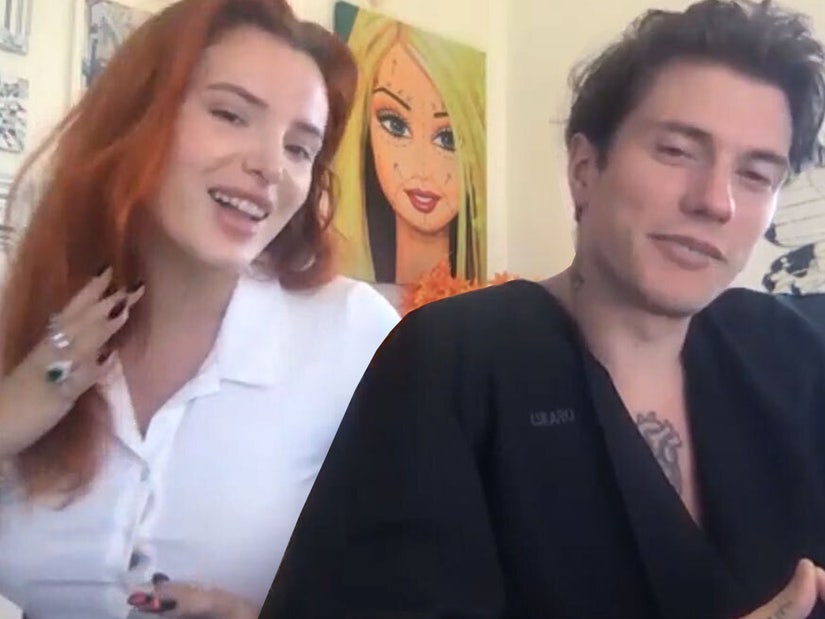 The couple open up about working together on the new movie, his surprise proposal on set, their Italian wedding plans and her snow queen-inspired dream dress.

Bella Thorne and fiancé Benjamin Mascolo play star-crossed lovers in the beautiful new drama "Time Is Up" and working on the project became a major influence in their own relationship.

As a young student with a passion for physics, Bella's Vivien falls for Benjamin's troubled swimmer, Roy. The pair find solace in each other during unexpected meet-ups, until a tragic accident and case of forgotten memory threatens to pull them apart. 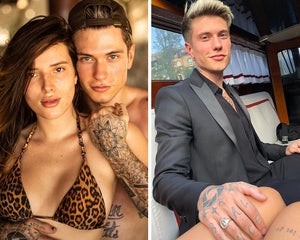 While the couple in the movie have to overcome challenges to be together, Bella and Benjamin found their own relationship growing stronger with ease during filming. Not only did they have a chance to collaborate on one of the songs featured in the film, but Benjamin actually popped the question to Bella on the last take.

TooFab caught up with the gorgeous couple to chat about the film, the surprise engagement, where they want to have their wedding, what Bella will be wearing and even their plans to start a family!

Did you two discuss working on a project before taking on "Time is Up?"

Benjamin: We have a great relationship like in our private life, we are like best friends. And also, she's my future wife so we share so much that it wasn't like we were really talking about doing a project together but we weren't sure where to start and it's a great thing we started the movie, because she's such an amazing actress, so she really helped me a lot in my first time on set.

And also the movie has a song that we made together, so it's really also touching my world, you know, I come from music, so it's great. I mean it couldn't be a better way to start our projects together. 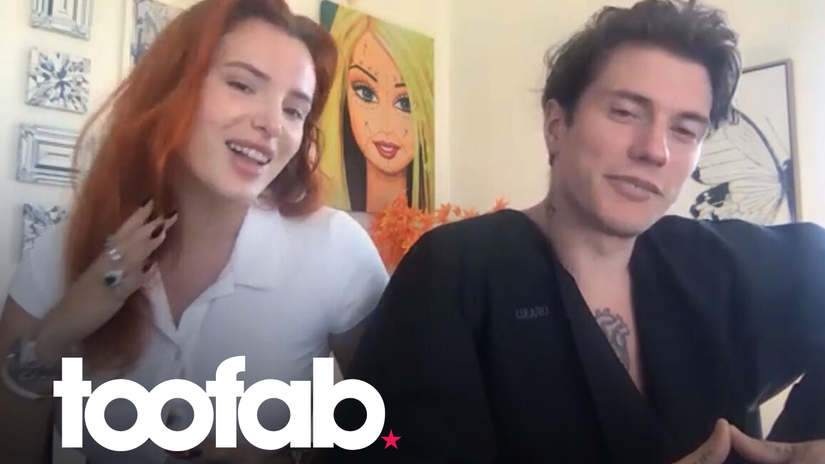 Were there any hesitations working together on such an intense movie, especially as a new couple?

Bella: In general, to act with someone for their first time and it being the lead of the movie is so difficult for anyone and so rare that it even happens. So, going into it, I didn't know what it was gonna be like. I just trusted Ben. And he did such a great job and was always so surprising to me because I know how hard acting is -- I've been doing it my whole life -- and he was a natural right off the bat and that takes a long time to learn in this industry.

We never had a fight ever the whole entire time we were filming, like there was never a new issue so it was really just smooth sailing, the whole time, which was great because you never know. I've also never worked with someone that I've dated. So for me I was like, 'I don't know.' But it was great.

How does it feel to have this project tied with your own love story, like a time capsule for your relationship?

Benjamin: It's great. Even thinking about the future and to have a memory that's like a movie. And we also can show our kids in the future.

It's beautiful to have this as a stepping stone of our relationship and we fell even more in love on this movie because we didn't know -- walking into the movie we didn't know how you would go in the sense that we --- it's the first time we would work together, and so many hours a day, we have a lot of stress and a lot of responsibility, and we just went for it, so that we came out on the other side and we were stronger as a couple, it was a win-win on everything.

Bella: And the last take of the movie while we were doing reshoots for exterior -- for the outside locations -- Ben asked me to marry him in the last take so it's really is an actual -- like, this is our love in a movie. Yeah.

Benjamin: I knew that the last take was it, like the movie was over and I was just doing the scene again and in the middle of it, I picked up a letter from my pocket and I started reading it to her, so it was interesting, it was fun.

Were you taken by surprise when he popped the question, Bella?

Bella: Oh yeah, everything took me by surprise. It was a complete experience and he was also filming his documentary at the time so there's so many cameras on this moment where he asked me and it's amazing. We just saw watched his documentary the other day, one of the cuts of it, and to see it in there and really not have it on my phone -- have it like fully there -- it's amazing and I'm so excited.

Have you started planning the wedding?

Benjamin: Yeah, it's gonna be a big wedding. We want to do it here in Los Angeles and also in Italy. We're thinking Lake Como because we love Lake Como. There's a lot of preparation behind it, so we already started. We still don't have an exact date because we're working on it, but hopefully sometime next year, when it's the right moment. Also, we have a lot of work to do in our career, so we just tried to fit it in a moment where we have time to enjoy it.

As you mentioned having that time capsule for your children, are you planning on starting a family soon?

Benjamin: Yeah, I mean, not in the short term, I think because we still have a lot of things to do, but we were so open to that. We want to have kids. So it's gonna be soon-ish but not straightaway like.

Any ideas on a dress, Bella?

Bella: I just know that for the Los Angeles wedding I want it to be a snow wedding, so my dress has to be like, 'ice sculpture, queen, princess-in-snow' looking sh--. So, we'll see.

"Time is Up" is available on digital platforms and VOD September 24th.