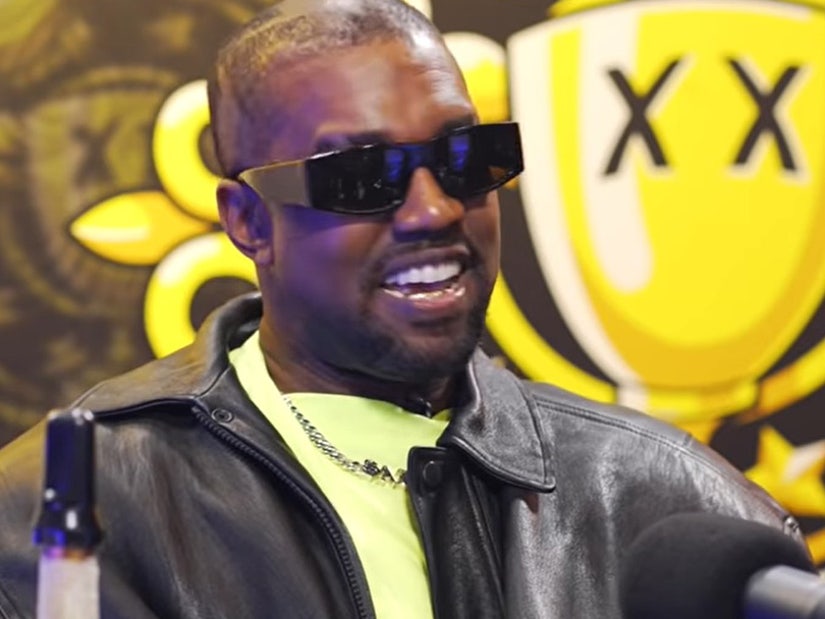 In a second appearance on the "Drink Champs" podcast, the self-proclaimed "king of culture" defends Dave Chappelle, opens up about his meeting with Trump, confrontation with Taylor Swift, mental health and more.

After a headline-inducing appearance on the "Drink Champs" podcast with co-hosts Noreaga and DJ EFN last week, Kanye West returned for Part 2 of his sit-down where he continued to talk freely and openly about everything.

Topics hit during this second epic conversation, which runs nearly an hour and twenty minutes, included his controversial meeting with then-President Trump at the White House, his even more controversial confrontation with Taylor Swift back in 2009 and more. 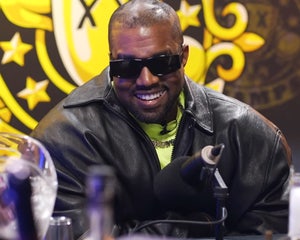 He hit on his mental health and defended Dave Chappelle. The comedian came under fire after his recent Netflix comedy special, "The Closer," which angered the LGBTQ+ community.

He also spoke about the current status of his relationship with Kim Kardashian, still referring to her as his "wife," emphasizing that he's fighting to keep his family together, and even threw out a pretty wild conspiracy theory about her ongoing work to try and pass the bar.

When Kim Kardashian came up again, Kanye pointedly noted, "At the end of the day, I ain’t got the paperwork yet, so I’m gonna come on this joint and try to save my family and keep my family together."

Almost in that same breath, he started talking what sounded like conspiracy theories, suggesting that there are "plants" in place around Kim -- and possibly other celebs -- to try and manipulate what they're doing.

His reasoning for believing this is because he says that artists and celebrities are pretty much all narcissists, and no regular person would want to hang out with that person and listen to them talk about themselves for hours and hours. Those who do, he's suspicious of.

One person he suggested he had some concerns about was a lawyer who's apparently been helping Kim in her ongoing efforts to pass the bar and get her license to practice law. She has failed the exam twice for sure, having tried a third time this past summer.

According to Kanye, he was on the phone getting pitches for "Saturday Night Live" skits while Kim was "in a session" with this lawyer. "The lawyer got on the phone and started making bad suggestions, and I was like, man this dude’s an idiot," said Kanye. "They got an idiot training my wife, she gonna fail the bar the third time."

He then went on to suggest that perhaps this isn't just happenstance, that perhaps Kim continuing to fail the bar is by design for nefarious purpose.

So his theory is that "they could put a lawyer that give you all the right things and just enough wrong things that you miss your test by this much. ‘You’ll get ‘em next time.’"

Netflix has stood behind the special and Chappelle, as have others in Hollywood, but LGBTQ+ employees at the streamer staged a walk-out in protest of Netflix airing it, while comedian Hannah Gadsby, who Chappelle cited in his own reaction to the backlash, went scorched earth on him.

"Man, if they don’t get the f--- up outta here, bro. Cancel what? What we cancelin’ out here?" asked Kanye. "Man, enough of this s--- already, boy! Y’all just wait until someone ain’t affecting the stock and you just take them out one by one to impose fear on anybody with freedom of thought."

Kanye then seemed to call out anyone thinking of ever canceling him, adding, "I smack the s--- out you when I see-- don’t tell me what the f--- to do ever in your life, boy. None of y’all Hollywood plant-ass n----- tell none of us what we do. This our culture now. It’s up. You can’t cancel none of us."

And those were his more tame words about it. After he finished his rant, with a smile he calmly said, "I be irritated. I be slightly irritated." 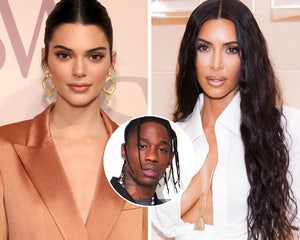 Kanye opened up about his journey toward being diagnosed bipolar and his first experience being prescribed medication, an experience he detailed with derision. According to the rapper, it went down during an anger management session after he "slammed that paparazzi that day."

He described that as the catalyst that led to him ultimately being diagnosed bipolar, though he quickly followed it up by adding, "there’s a lot of people who will say, I don’t believe that you are actually bipolar."

Further, he said that "we all are on the spectrum somewhere, just only a couple of us went to the hospital or have been diagnosed with medicine."

Ultimately, though, he believes people use a mental health diagnosis as an excuse to dismiss that person, himself included. "Anytime somebody wants to, you know, say that I’m wrong about something, hide the truth, lie, they say Ye’s crazy. It’s just the ultimate final cutoff to have to listen." 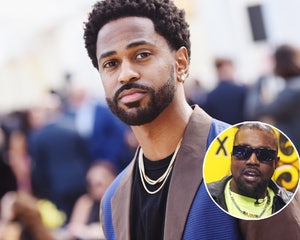 "We were raised into this life racist, sexist, homophobic, but now also a phobia of things in mental health to where we feel like that could be the end of any conversation," he continued. "Stop talking, stop thinking, stop feeling, you’re crazy."

And so his response to that attitude is, "Okay, I'm crazy, but what y'all gonna do about it?"

"Y’all not gonna diminish what I’m doing and what God is doing with me in the future by trying to cut my legs off or cut my influence off by calling me crazy," he added.

As for his meds, Kanye suggested that he's currently not on them, and it's intentional.

"They be like, ‘You need your meds, you’re not on your best mental state right now.’ No, I know what’s going on, and I’m not having it," he said. "I’m Buffalo Bill, you know? I’m one of those characters from the movie, you know, back in the days. Think about ‘There Will Be Blood.’ They wasn’t having it."

"I’m not having none of it from nobody ever, period, on my life, bro," he continued. "On my mama, on God, period." 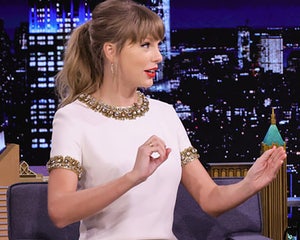 Kanye also talked briefly about his controversial 2018 appearance at the White House, where he met then-President Trump and wore Trump's signature "Make America Great Again" red hat, saying that when he called Trump later, he was ecstatic.

"I called Trump he said, man, Trump said, ‘Yeah, you my friend. My Black approval rating went up 40 percent, you know, when you came to the White House,'" said Kanye. "Now, everybody’s like, Ye’s so crazy, he’s so crazy, look at his hair, look what he wearing, he wearing this hat. … That’s why I got so irate about it, by the way. We can all have an opinion."

He also touched briefly on the moment back in 2009 when he stormed the stage during the VMAs while Taylor Swift was there to accept an award, decrying the results in defense of Beyoncé. According to West, he went into "a personal exile" after the incident, because "all of America hated" him.

It was a wide-ranging interview, with West going on about his place in what he sees as a hierarchy of artists in hip-hop, with deference and respect deserved by those higher on the rungs from those below, as well as his approach to music, fashion, shoe design, set design and everything else. 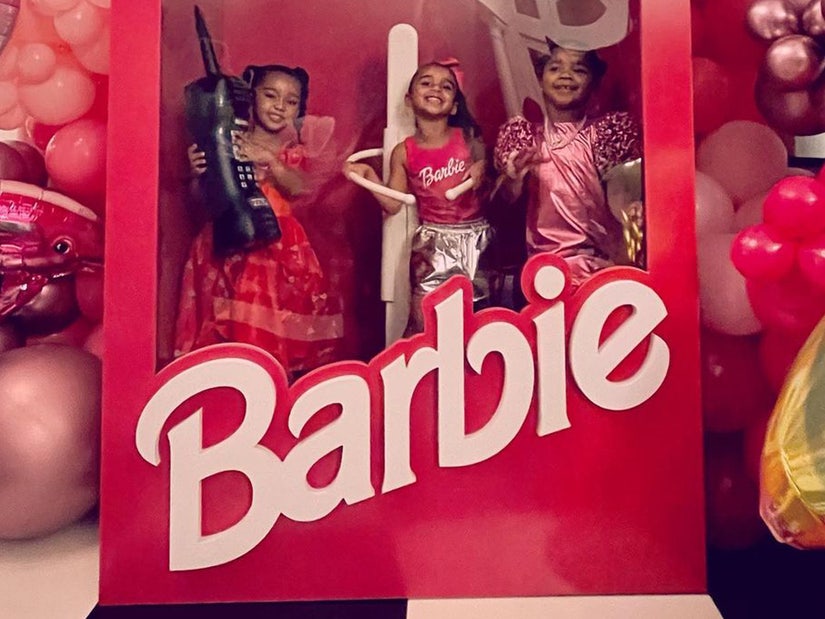