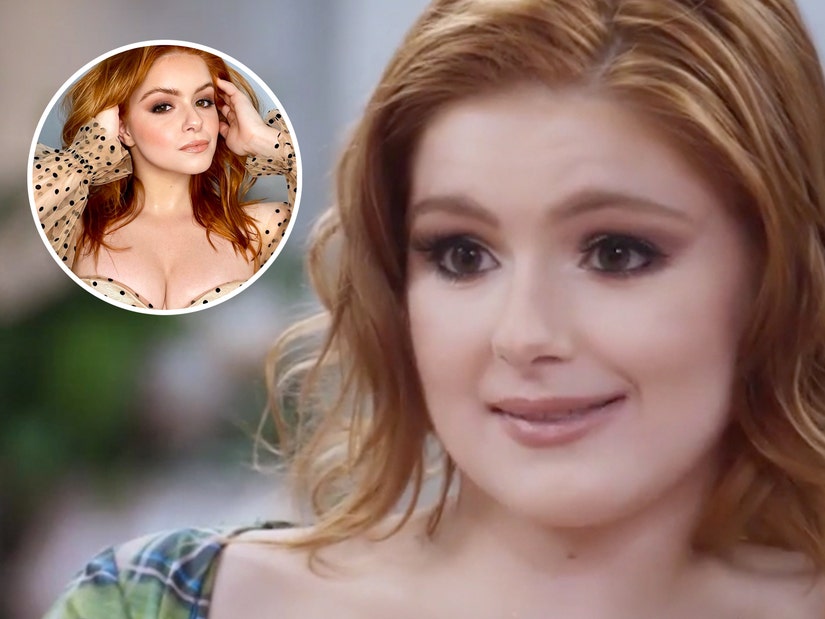 "You can put your titties out there and feel good about it," says the Modern Family star -- as she reveals some of the "dark" responses she got online.

Ariel Winter grew up in front of the public eye -- and that public wasn't always so kind in the process.

The "Modern Family" star was just 11 when the first season of the ABC sitcom premiered and went through puberty on camera and social media. She had breast reduction surgery when she was 17, five years before the show came to an end -- and the series' run, was a constant target for trolls about her appearance.

Appearing on an upcoming episode of "Red Table Talk: The Estefans" about bullying, the now 23-year-old actress shared she was constantly trying to change her appearance to try and make the hate stop, but eventually came to a realization that the bullying said more about those criticizing her than anything she was doing.

"Just because I feel like I look good, I look like a snack or an entree. Honestly, an entree, not a snack. You can put your titties out there and feel good about it, and be like, 'I put them out there, they're not for you,'" she tells Gloria Estefan, daughter Emily Estefan, niece Lili Estefan and fellow guest and former Fifth Harmony star Lauren Jauregui in this exclusive sneak peek clip.

"There were a strong amount of people that really just ... overwhelming amount of negativity and also sexualization that was really dark," recalled Winter. 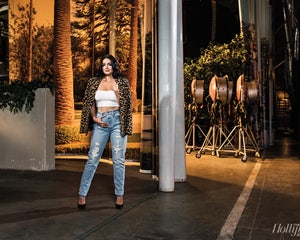 Damon Casarez for The Hollywood Reporter

Ariel Winter Slams Mom for Sexualizing Her Childhood: 'People Thought I Was 24 When I Was 12'

While the full episode will delve more into the bullying she experienced, in the past Winter has accused her estranged mother Crystal Workman for being part of that sexualization in her early years.

Speaking with The Hollywood Reporter in 2017, Winter claimed her mom dressed her in "the smallest miniskirts, sailor suits, low-cut things, the shortest dresses you've ever seen. People thought I was 24 when I was 12."

"If there was going to be a nude scene when I was that age, my mother would have a thousand percent said yes," she said at the time. "I went through a really rough period, a really bad chapter,"

She also defended her fashion choices then too, saying, "If you want to wear a short skirt and show your body like I do, it doesn't mean you're a whore. And it doesn't mean you're not one." Winter added, "People call me stupid because I post photos of my butt when the real thing is, I love my butt. I love butts! Why stifle yourself because other people can't handle it?"