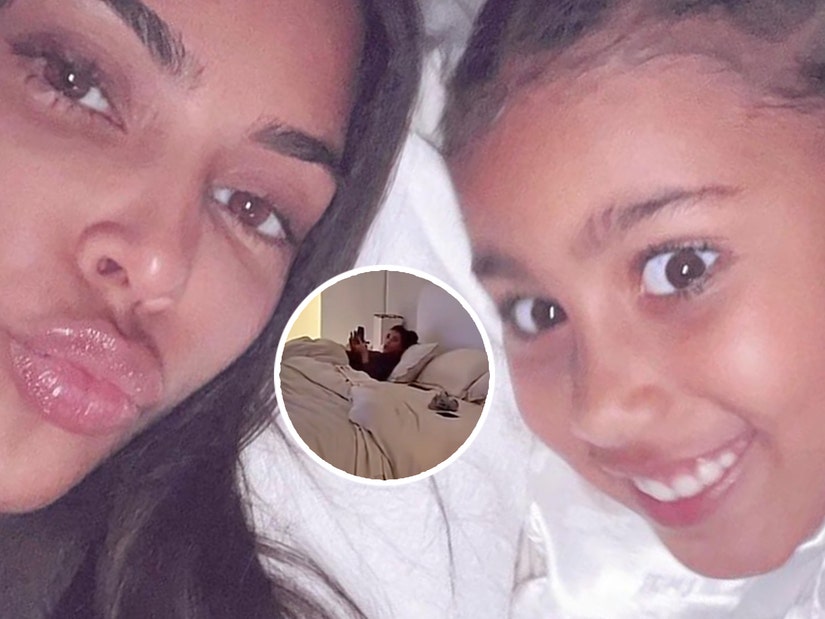 "Mom, I'm live!" giggled the 8-year-old as she ran around Kardashian's Calabasas home.

North West just received a lecture from her mother Kim Kardashian for going live on their joint TikTok account without her permission.

On Sunday December 13, the famous 8-year-old gave her followers an unfiltered tour of her home as she ran around the house.

Little North showed off her holiday decor as she led viewers into Kim's bedroom where she was sitting in bed watching TV on a Sunday night.

"I have so much views! No more views!" she screamed as she giggled her way to her mother. "Not allowed to be live!"

In a livestream that lasted less than a minute, West approached Kardashian and exclaimed, "Mom I'm live!" the 41-year-old mom of four grew upset and scolded her daughter for going live without her permission.

Back in November, the mother daughter duo created a joint TikTok account where both North and Kim have graced fans with videos of the pair dancing, lip syncing to music and sharing glimpses into the family's private life.

Just a few hours before the unauthorized livestream, North shared the Christmas decorations currently decked out in the Kardashian household which included six stockings laid out by the fireplace for each member of the family. Despite her parents' ongoing divorce, Kanye "Ye" West had his own stocking embroidered with his name.

Other decorations comprised of all white accessories, two larger than life deer figurines, gingerbread men cookie jars, ornaments and an "Elf on a Shelf" perched in a Christmas tree.

North also showed off her two lizards "Bean" and "Cheese" and their festive enclosures which included the reptile's own holiday stockings.

While North proudly shared her scaly pets, she admitted that Kim was less thrilled about her daughter's choice in animals.

"My mom hates them because they have worms," she confessed. "And they're disgusting my mom thinks… says my mom she doesn't like lizards." 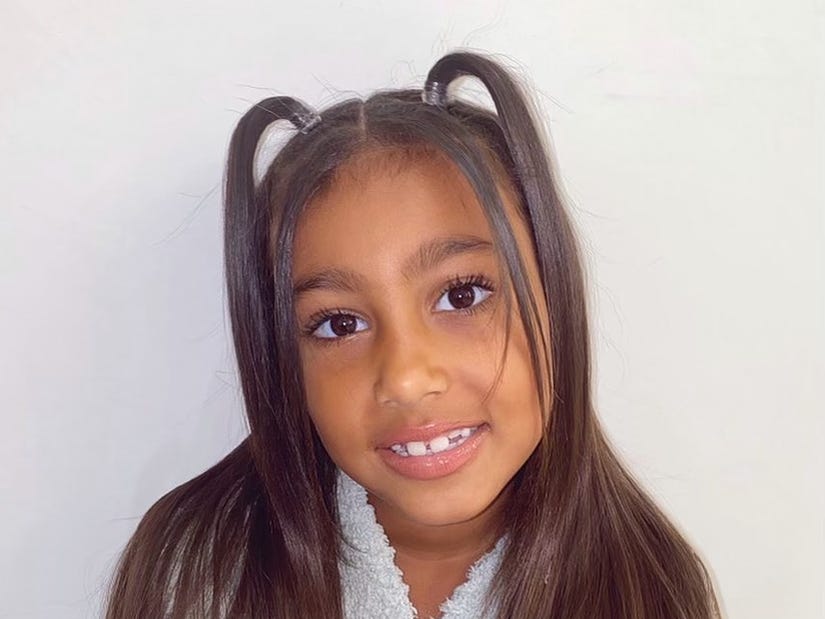