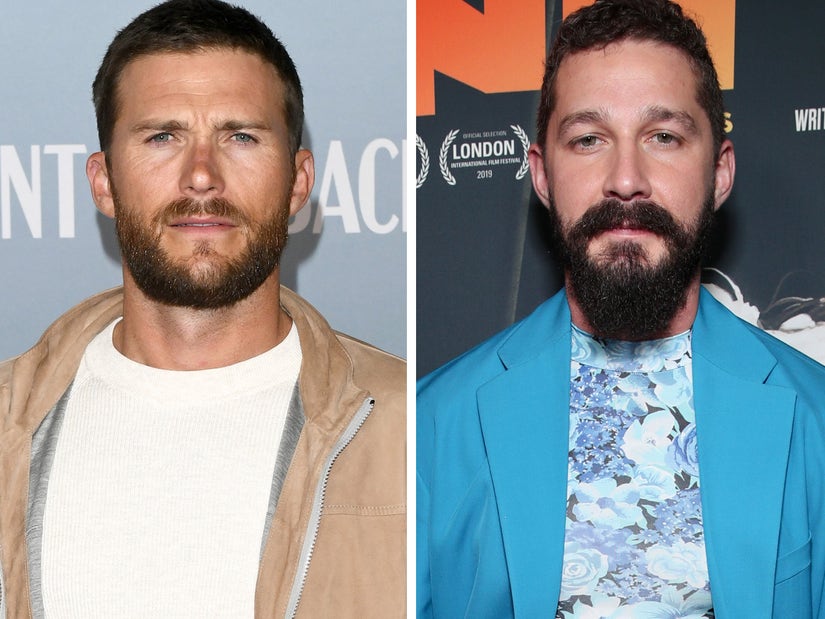 The actor also shared why he decided to pass on reprising his role as Lieutenant "GQ" Edwards in James Gunn's "Suicide Squad" sequel.

Scott Eastwood claims he and Shia LaBeouf had an altercation on the set of the 2014 World War II action flick, "Fury."

Speaking about his career with Insider, the 35-year-old actor said he and LaBeouf got into it while shooting a scene in a tank for the war film, which was directed by David Ayer and featured an ensemble cast, led by Brad Pitt.

The scene -- as it was written in the script -- featured Scott's character spitting on Shia and Brad's tank. While it was all acting, Insider noted that LaBeouf allegedly "took it personally," resulting in what Eastwood called a "volatile moment" between the two. Pitt intervened and had to break them up.

"I never think your process as an actor should ever hinder how people are treated on set," Eastwood told Insider, reflecting on the moment now. "It should always enhance the production, not take away and put people in a situation where it's a s---ty work environment or you're rude or people have to be in an uncomfortable situation."

Meanwhile, a couple of years later, Eastwood later went on to star in another Ayer film: "Suicide Squad," in which he played Lieutenant "GQ" Edwards. However, Scott didn't reprise his role in the 2021 sequel.

While speaking with Insider, Eastwood explained why he decided to pass on starring in the James Gunn-directed sequel, "The Suicide Squad," which was released last summer.

First off, his role in Ayer's film was ultimately reduced and he received limited screen time. Scott revealed that David told him his character "got a lot more love" in his cut.

Eastwood also noted that Warner Bros. urged him to sign a "three-picture deal" for more "Suicide Squad" films. However, he claimed, "They didn't want to pay me any money for those next movies and ... they didn't have another script for the other movie, so I didn't know what I was going to be signing myself up for."

Eastwood said he then reached out to his dad, Clint Eastwood, for advice, noting that the two don't chat "daily," but "maybe once a quarter."

"I didn't have the answer to those questions at that time. I wasn't going to have the answers, and they were pressuring me. So ultimately it didn't happen," he admitted.

TooFab has reached out to Warner Bros. for comment.