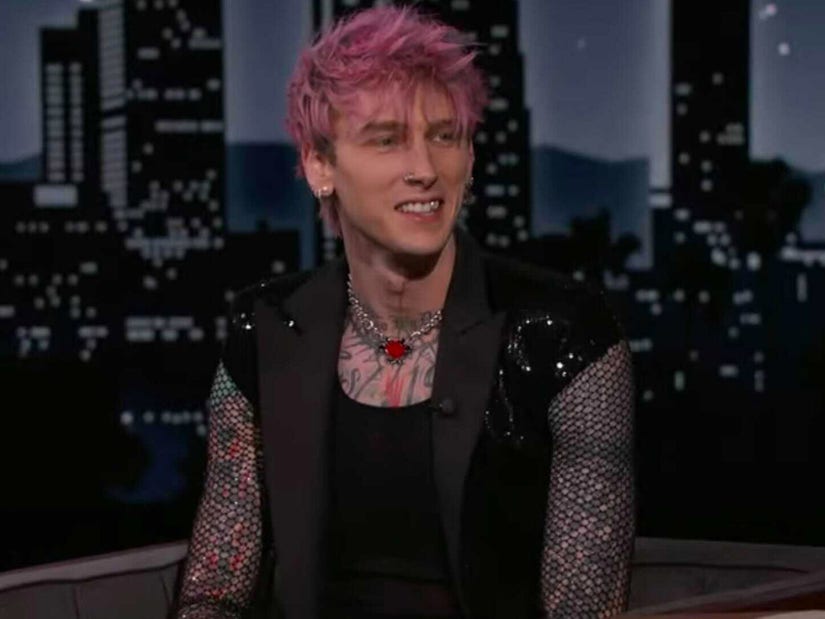 "I remember even going to the third night and Megan was like 'I can't, I can't do this. I can't go back.'"

Machine Gun Kelly is opening up about a life changing experience he had while trying ayahuasca with Megan Fox.

During an appearance on "Jimmy Kimmel Live!", the "Tickets to My Downfall" artist revealed that he had gone on an ayahuasca trip in Costa Rica that altered his life.

"All jokes aside It was one of the most important things that happened to me in my life," the 31-year-old remarked. "I remember even going to the third night and Megan was like 'I can't, I can't do this. I can't go back.' Her first night it was rainbows and unicorns. It was great. Her second night it was 'I don't ever want to see that again.'"

The "Birdbox" actor explained that the drug served as an aid to release any toxicity and baggage each individual may have been carrying.

"We were exercising some things out of us that we needed to get rid of," Kelly added. "The plant was a medicine that really went inside, you could feel it working inside your body. Even after you left it stayed there. It was interesting."

His fiancee Fox, had previously appeared on the show and told host Jimmy Kimmel about her own experience, which she described as "a trip to hell and back."

The host then asked if the "Bloody Valentine" singer had a similar experience. 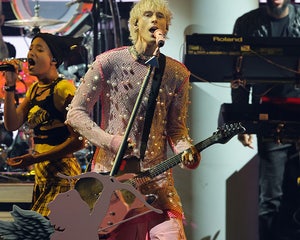 "I remember walking up, it was a circle of about 20 people, and you are in the forest or the jungle, you're dieting, you're not eating past 5 p.m. or drinking water or anything," Kelly noted.

"I was the last person to take it. I remember everybody had one cup," he continued. "They get to me and the shaman says something to the translator and the translator goes 'she says you have a big shadow of darkness behind you and you need more' and everyone in the circle was just looking when they gave me more of the cups because they all just did one."

Kelly revealed that he had actually taken four cups of the drug and when Kimmel asked if his shadow had left, the singer described an out-of-body experience.

"What was that? Was that me?" MGK remembered asking.