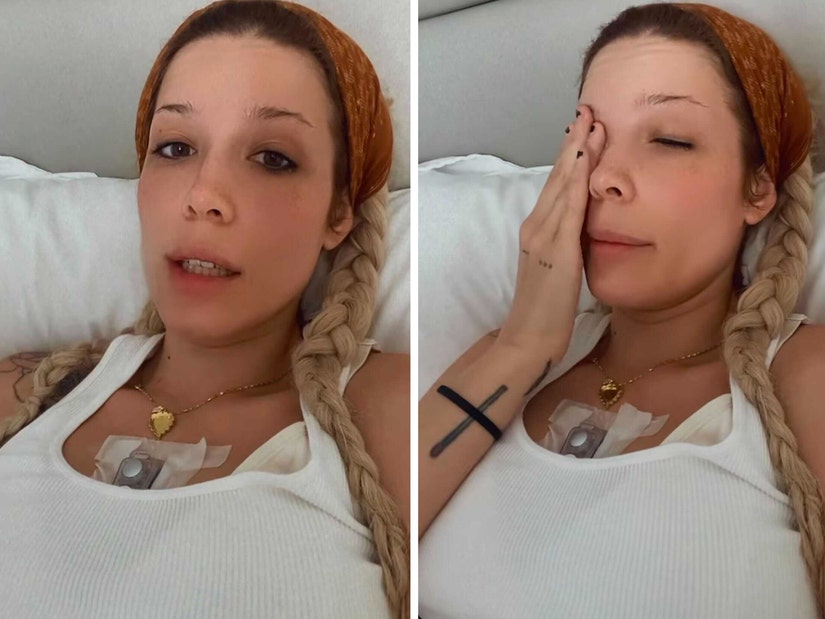 "I went to doctors for 8 years. Trying to figure out what was wrong with me."

Halsey is clarifying their illnesses one day after they revealed that they are suffering from four syndromes, including Ehlers-Danlos syndrome, Sjogren's syndrome, mast cell activation syndrome and postural orthostatic tachycardia syndrome (POTS).

In a message posted to their Instagram Story on Wednesday, the "Bad at Love" singer stressed that they've been sick "for a long time," but until now they just didn't have "names" for their illnesses.

"I just want to clarify, for the benefit of friends of friends who may have any of the diagnos[e]s that I recently shared," Halsey began, "I didn't 'just get sick' I've been sick. For a long time." 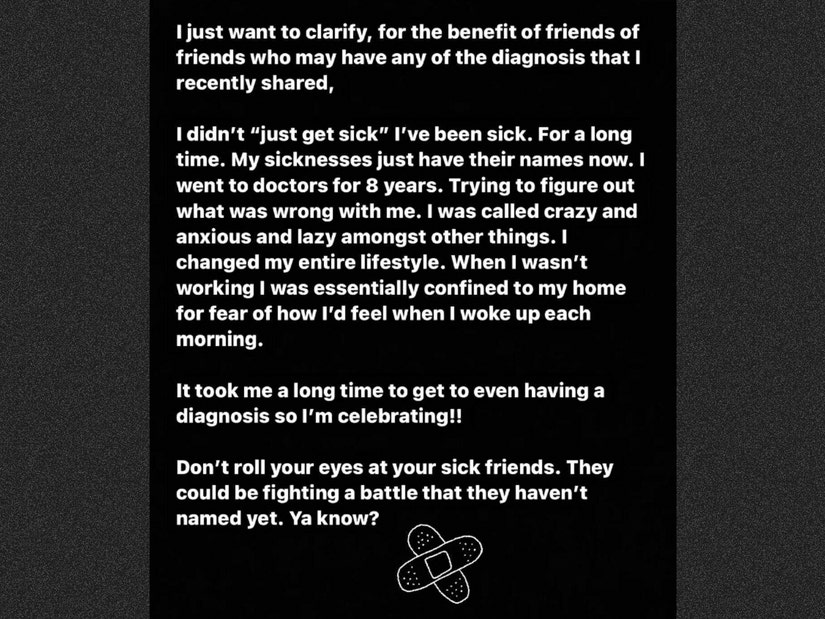 "My sicknesses just have their names now," they continued. "I went to doctors for 8 years. Trying to figure out what was wrong with me. I was called crazy and anxious amongst other things."

Halsey said they "changed my entire lifestyle," adding, "When I wasn't working I was essentially confined to my home for fear of how I'd feel when I woke up each morning."

Since it took such a "long time" for the "Closer" singer to learn what was wrong with them, they said they're "celebrating" after receiving the multiple diagnoses.

Halsey concluded her post by telling her followers: "Don't roll your eyes at your sick friends. They could be fighting a battle that they haven't named yet. Ya know?"

Halsey is opening up about recent, severe health struggles that have left them hospitalized.

On Tuesday, the singer shared a series of videos on their Instagram Story, in which they revealed that they have been diagnosed with several health conditions. 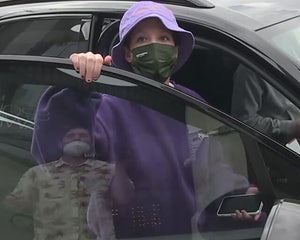 Pregnant Halsey Will 'Absolutely Not' Have a Gender Reveal Party (Exclusive)

Per the Mayo Clinic, Ehlers-Danlos syndrome "is a group of inherited disorders that affect your connective tissues — primarily your skin, joints and blood vessel walls." The publication identifies Sjogren's syndrome as an immune system disorder that is "identified by its two most common symptoms — dry eyes and a dry mouth."

According to WebMD, mast cell activation syndrome is "a condition that causes mast cells to release an inappropriate amount of chemicals into your body," resulting in a "wide range" of symptoms, such as anaphylaxis. 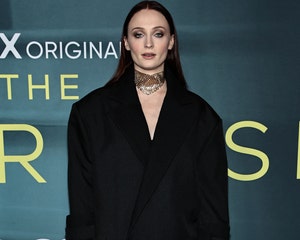 POTS, meanwhile, is a condition "in which most of your blood stays in your lower body when you stand up, and in response, your heart rate jumps." The disorder can cause symptoms like dizziness, fainting and rapid heart rate. Per WebMD, other conditions, such as Sjogren's syndrome and Ehlers-Danlos, increase one's likelihood of having POTS.

Halsey — who welcomed son Ender last July — said they are "still looking for answers to the root cause of some of these things. It could potentially be another type of autoimmune disease."

"I know I've had autoimmune issues for most of my life, especially having endometriosis," they explained, adding that their health issues have "kind of just been exacerbated" following their son's birth.

As for why they decided to give fans an update, the Grammy winner said, "I don't want anybody to be worrying."

"I'm on a treatment plan right now," they added, before sharing that they are "in rehearsals" for their upcoming "Love and Power" tour, which kicks off next week. "I'm really excited and really confident that I'm going be able to do it in a way that's healthy where I can perform my best for all of you."

"Honestly, I'm just so excited to be going on tour because it just keeps my mind off of everything and it keeps my body healthy because I'm so active," they shared. "I'm doing cardio and stuff every day. And I get to see you guys and I haven't toured in so long."

While "Bad at Love" singer noted that they won't be able to "tour the way that I used to when I was younger," they said, "I'm here, I'm ready to go. ... The tour is going to be f---ing crazy and awesome."

They added, "A lot of it is going to kind of be delving into this weird body horror about kind of everything that I've been experiencing feeling like my body is rebelling against me a little bit."

One day before Halsey shared their multiple diagnoses, they posted a TikTok in which they said they recently learned they are "allergic to literally everything."

In the clip, the "Without Me" singer can be seen sipping a green-colored drink as "Dreams" by Fleetwood Mac plays in the background. The words "just found out I'm allergic to coffee so there goes my entire personality" appear on the video, before Halsey then revealed a long list of about three dozen food allergies, including milk, wheat, soy, potatoes, coffee, corn, spinach, ginger, garlic, shrimp, blueberries, nutmeg, lemons and more.

"everything is fine!" they captioned the TikTok, above.

Meanwhile, late last month, Halsey revealed on their Instagram Story that they had been experiencing some health challenges that sent them to the hospital multiple times.

"I have been in and out of the hospital for the past few weeks dealing with some new challenges," they wrote. "Trying my best to keep things normal; Grammys, Coachella etc. But my body is putting up a strong protest. And ultimately demanding that I slow down or stop foreal this time. Especially so I can be in the best shape for tour."

"Chronic illness is a complex mystery," they added. "If I am or have been MIA please don't take it personally. I am doing the best I can under difficult circumstances. Sharing this for my fellow spoonies. All that glitters..."