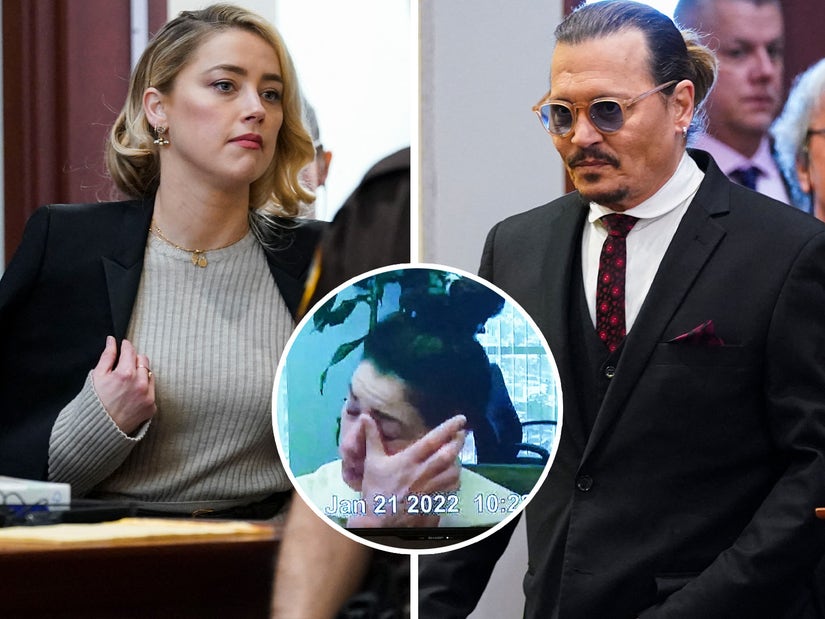 Continuing her video deposition on Wednesday, Amber Heard's friend Raquel 'Rocky' Pennington told the court she was close to smashing Johnny Depp with an ashtray during the former couple's infamous argument in May of 2016.

Pennington claimed that throughout their relationship she had observed injuries to Amber multiple times — including a black eye, swollen nose, a busted lip and her hair pulled out; however she admitted she had never seen Deep physically strike her or throw anything at her. 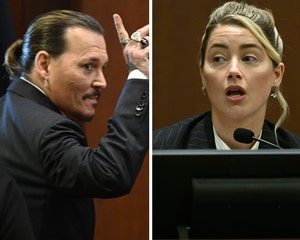 "I saw injuries on her body from the time directly after they happened through the night, the day after and until they healed," she said.

But on May 21, 2016, Pennington said she herself almost got physical.

On that day, she said she was in one of the LA penthouses when she received a text from Heard, asking her to come over. "She was calling for help, and that had never happened before. Saying 'Help, help me'" she recalled.

When she entered the apartment, she said Depp was screaming at Heard, and she decided to put herself between them.

"I went up to him, he was yelling, yelling," she said. "I put my hands on his chest and was like 'Stop. Just stop.' Just trying to calm him down. And he hit my hands away."

She said she covered Amber's body with her own as she sat on the couch, while Depp stood over them, yelling at Heard to get up and quit crying. 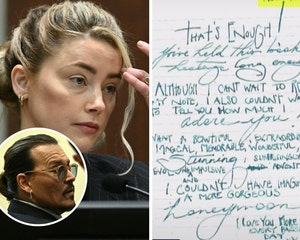 "It was really loud, and he was getting closer and closer," she recalled. "I remember thinking, there was this big orange ceramic ashtray on the coffee table, and I remember thinking, 'if he gets any closer, I'm just gonna pick up the ashtray and like hit him with it, because he was just so close over us."

At that moment, she said Depp's security guards Jerry Judge and Sean Bett walked in and extracted their "boss." During her testimony, Pennington denied staging the trashed apartment to blame Depp for the damage.

Video deposition of Elizabeth Marz from 2019 was also shown to court, in which she described what she allegedly saw the same evening. She said she was "scared" during the incident, saying he "looked wasted" -- and added, "He was holding a very large bottle of wine that was spilling all over the place. What I remember he mumbled was 'Get your bitch out of here.' His whole being really frightened me."

"My heart was beating very fast, very quickly and I was freaked out," she said, adding that it "scared the shit" out of her and saying she ran away at that point. She too said she didn't see Depp physically strike Heard, but testified that Amber's face was swollen and red. 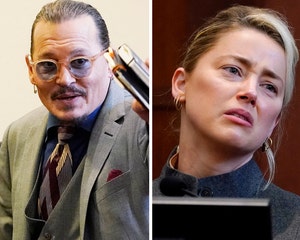