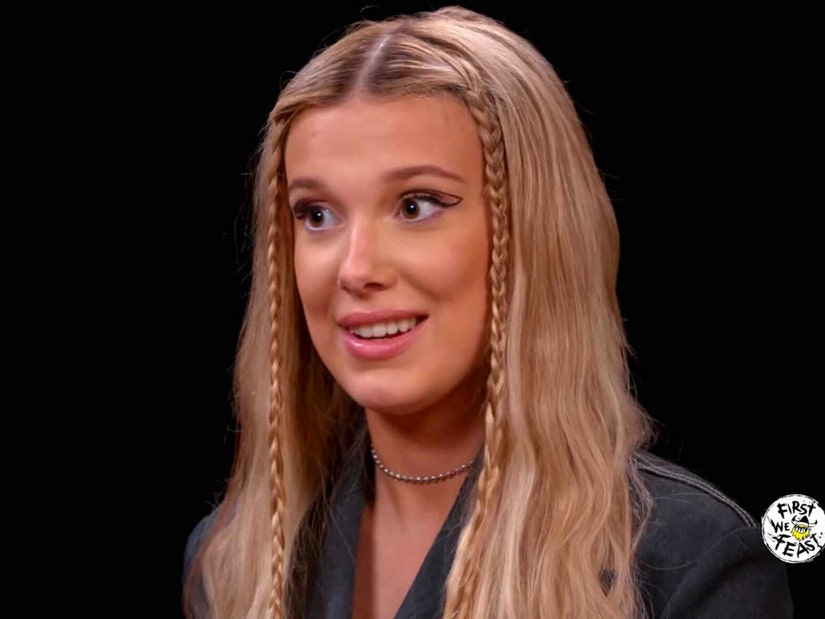 "That's not even normal," Millie exclaimed. "That made me want to stop breathing, I did so f--king well!"

While on press rounds for Season 4 of Netflix's "Stranger Things," the 18-year-old made her debut on the interview with "hot questions and even hotter wings."

Brown opened up about everything from her favorite on-set snack to taking a "hot lap" with F1 racer Lewis Hamilton, the "Enola Holmes" star was even joined by her "Stranger Things" co-star Noah Schnapp for her first wing.

Although the actress held her own throughout the show, when the duo reached the eighth hot sauce notoriously named "Da Bomb," she immediately opted for a chocolate milkshake after taking her first bite and erupting into a fit of coughing.

Brown then gave "Hot Ones" host Sean Evans the finger after he tried to reassure her.

"That's not even normal," Millie exclaimed. "That made me want to stop breathing, I did so f--king well!"

"I just need an ice cube in my mouth," she said and after finding the spicy sauce had covered her gums she claimed her "hair is falling out."

She then exclaimed she couldn't feel her face, "Why are you doing this to me? I'm only 18, I'm only small!"

During a recurring segment of the show called "Explain That Gram," Evans asked Brown to share the story behind a selfie of her and F1 race car driver Lewis Hamilton at the Circuit of America. 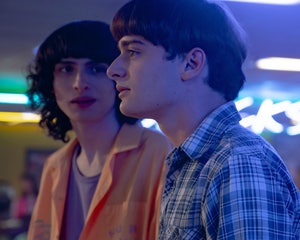 "I got to do a hot lap with him and we got to go around the racetrack and it was amazing, it was a really cool experience, very terrifying, almost as terrifying as this one," she explained. "But it was really cool, and this moment was when we were about to get in the car. So you see I'm a bit nervous."

Millie also confessed that she liked to eat an unconventional snack she dubbed as "The McCod" named after the craft services chef who would make her the unusual sandwich on set.

"So what we do is we get a piece of lettuce and we get cut-up ham, peppers and sriracha and we cover the whole kind of sandwich in it," Brown explained that the lettuce served as the "bread".

"They usually make me like six of them and that's what keeps me going on set. It's the best ever," she laughed.