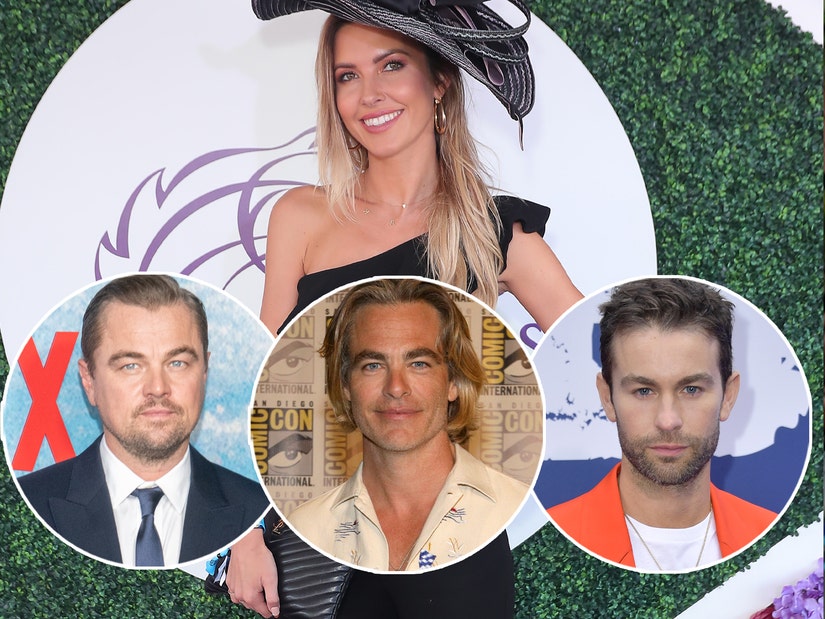 The reality TV star opens up about the famous men who allegedly made moves on her or she dated in her memoir.

The men of Hollywood clearly had eyes for Audrina Patridge!

In her new memoir "Choices," out today, the star of "The Hills" opened up about some of the famous faces who either hit on her or who she actually dated when the show was at the height of its popularity.

As she wrote about wild nights out at Hyde on the Sunset Strip in the late 2000s, Patridge said they would often end up at after parties at homes belonging to celebrities like Kevin Connolly, Paris Hilton and Ryan Cabrera.

"The 'Entourage' guys were big then, and Kevin Connolly and Adrian Grenier were always around and up for a good time. Kevin was a total ladies' man and super flirty with everyone," she claimed. "A few times, he chatted me up and tried to set up some plans for us to hang out, but I wasn't into it. He didn't seem bothered. He and his friends always seemed to be surrounded by gorgeous girls." 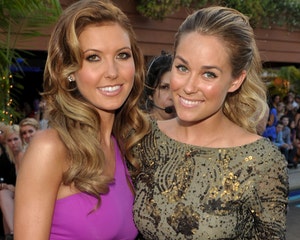 Another missed connection was Leonardo DiCaprio, who she met following a birthday party for a prince in Las Vegas.

"After the birthday party, we all went to a club to hang out, and this bouncer kept coming over to me saying that Leo would like to get me a drink at his table. I looked over at his table, and he was just surrounded by supermodels. It was intimidating!" she said. "I told the bouncer I would just finish my drink and then say hello. But I never went, even when the bouncer came back over a couple more times."

She said that Leo then took the initiative and came over to sit beside her.

"I told him I knew who he was, obviously, and we chatted for a while. He asked for my phone number, and we texted a little after the trip to Vegas, but we never actually hung out," she continued. "Leo was very private, and with the constant filming for 'The Hills' and the paparazzi attention, it just felt too tough to make anything work."

She also met Chris Pine while in Vegas promoting "Sorority Row" at ShoWest -- which is now Cinema-Con, a convention for movie theater exhibitors.

"Before I knew it, Chris Pine was coming up to our table to say hello, and that he'd seen me onstage and thought that I was really beautiful. He asked if he could take me out sometime," wrote Audrina. "I didn't really know who he was, but I did know he was hot. We exchanged numbers, and after he walked away, all of my castmates were so excited."

Unlike Leo, she actually did go out with Pine -- who she said picked her up in "his cool, old breaten-up car." She said the two went to an Italian restaurant and then back to his place. 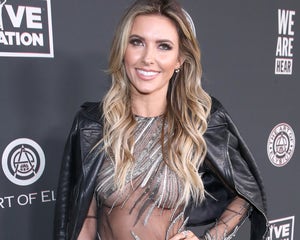 "He was really into jazz music and loves to read, so he had tons of books filling these huge bookcases. He played the guitar too, and liked to sing, so it seemed I'd found myself another musician," she wrote. Their lives, however, were very different.

"He didn't like going out and being followed by the paparazzi -- he was an introvert, and very focused on his acting. I loved to go out, and of course was usually filming 'The Hills,' so our lifestyles were complete opposites in that sense," she continued, saying they still "tried" to make it work. When their dates started making headlines and paparazzi would capture her outside his home, however, she said "it seemed like he was annoyed" and "it started to freak him out."

"With my filming schedule, and the fact that there was no way Chris would want to be on the show, I just knew after a couple of months that I couldn't date him. My life was the TV show, and there weren't enough hours in the day to do my job and find time to see him privately," she said, explaining that their lives just weren't "lining up, even though we really liked each other." Patridge added that she has "nothing but fond memories" of the actor, calling him "one of the most normal people" she's ever met in Los Angeles. 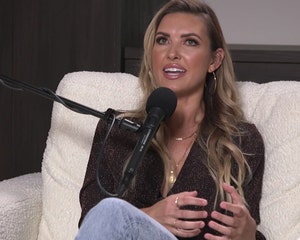 She started dating Corey Bohan shortly after things fizzled out with Pine and the two dated on and off for years before they got pregnant, engaged and married in 2016. Before they tied the knot, however, she had a short relationship with "Gossip Girl" star Chace Crawford, who she had known for years after running around in a lot of the same young Hollywood circles.

"I ran into him in Malibu at a friend's house, and what can I say -- sparks were flying. We ended up staying there with our friend at this gorgeous mansion right on the beach for a long weekend, and we were just inseparable," she recalled. "While we spent our days playing pool and swimming, Chace and I really connected, and took our friendship to another level. I genuinely liked him after these incredible few days together, and I had the feeling it was mutual."

Though the two "made promises to get together soon" after those days together, she went home and found Bohan there. "I'm so glad I didn't let Chace drive me home; I can only imagine the scene if he had dropped me off with Corey waiting out front," she added. "A big part of me wishes I'd told Corey to kick rocks and just gone out with Chace. He's such a gentleman and so normal and kind. It would have been fun, if only I hadn't let Corey back in and screwed up our chance."

Patridge also writes extensively about her "toxic" relationship with Bohan -- which you can read more about here. 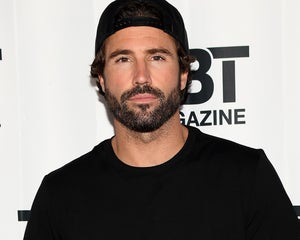