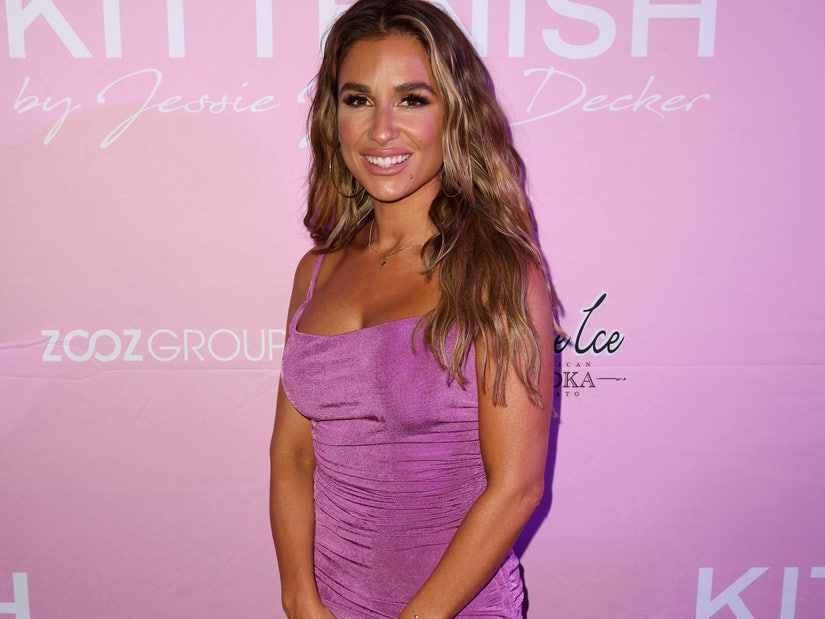 The county singer posed for a photo with her brother at his Florida wedding.

Despite previously being estranged, Jessie James Decker was in attendance at her younger brother John James' wedding earlier this week.

On Tuesday, John shared a series of photos on Instagram from his wedding to Ali Green. Among the shots he posted from the Florida nuptials included a photo of John posing alongside his sisters Jessie, 34, and Sydney. In the shot, the trio of siblings all smiled for the camera, with Jessie and Sydney both wearing blue colored dresses.

The photo is the fourth image in John's post, below. However, he did not tag either of his sisters in the shot.

"So incredibly grateful for yesterday," John captioned the carousel of wedding pics. "It truly felt like the highlight of my life to share that moment with my friends and family. After 4 years of trying, I finally got to marry my best friend @aligreen13."

Ali also posted photos from the ceremony on Instagram, captioning her post, "The last few days were a dream I don't want to wake up from💗 I am SO happy we finally were able to have our dream wedding after so many years of cancellations. Can't wait to spend forever with you @johnjames94 🥰."

The wedding came just a few months after John shared on "The Spillover Podcast" in May that he and Jessie were estranged following years of speculation. According to Us Weekly, when he first recorded the podcast episode in April, he said he wasn't on speaking terms with his sister or her husband Eric Decker "at all."

However, John came back to offer an update, sharing that he and Jessie both went to a birthday party for their mom, Karen Parker.

"I did not think there was a chance we would all be together in one room. Not a chance at all," John said at the time, per Us Weekly. "[My mom] wanted us to all be together for our birthday and I was really on the fence about going because I just didn't want to go and then it be awkward -- granted, you know, some of us haven't talked in years. But we decided to do that for her. And it was honestly amazing. It was amazing, not only for us, but for the kids as well, like seeing all the kids play together was … it sounds silly to say, but it felt like a dream come true."

While John said he and Sydney picked up "right where things left off," his encounter with Jessie and Eric, 35, was different, but "cordial."

"It wasn't until a couple of days after that we actually saw Jess. And it was just very cordial for the sake of my mother, I'd say," he recalled. "There was definitely no heart to hearts or anything."

However, John said he believed it was still a "start," and said that he hopes it would continue, not only for him and his sisters but for their kids as well. Jessie and Eric share daughter Vivi, 8, and sons Eric Jr., 6, and Forrest, 4, while Sydney has two daughters with her husband Anthony Bass.

Meanwhile, last month, Jessie appeared to allude to the rift with her brother. In a lengthy post she shared on Instagram, the country singer opened up about the mental health struggles she's experienced over the past few years, including her anxiety and depression, while also referencing some painful family drama.

"I've had some family issues a couple years ago that I have struggled with tremendously and still to this day make me break down and cry," she wrote in the post, above. "I would've never chosen to deal with that publicly and open that door to such a personal family matter, but it happened, and it still hurts my heart."

Since Jessie attended John's wedding, it appears that the siblings are possibly on better terms. However, it's worth noting that the two don't follow one another on social media.