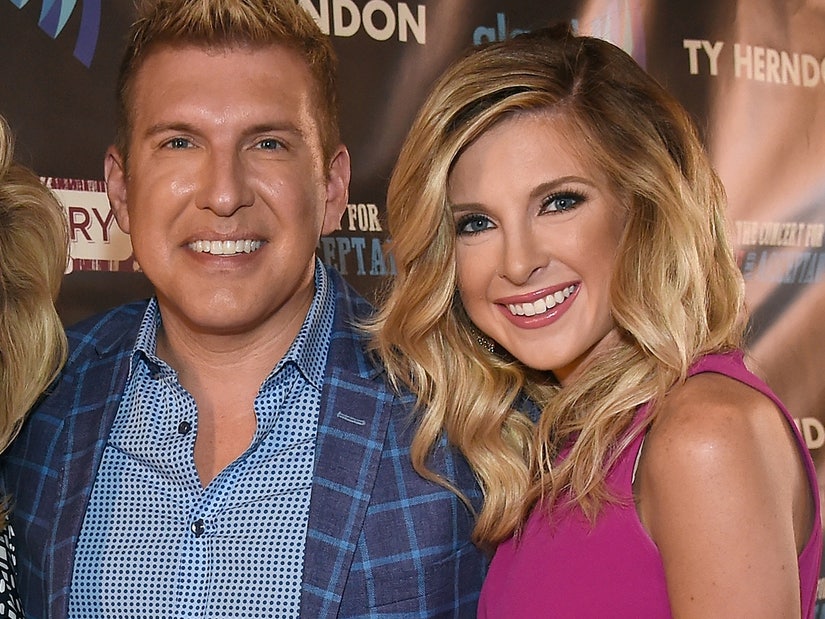 Lindsie's father Todd and stepmom Julie Chrisley were found guilty of bank fraud and tax evasion in June -- but Lindsie says the legal troubles aren't what prompted she and her dad to mend their relationship.

Lindsie Chrisley is speaking out about the reason why she and her dad Todd Chrisley were able to reconnect following their years-long feud.

On the latest episode of her podcast, "The Southern Tea," the "Chrisley's Knows Best" alum shut down the assumption that she and Todd's reconciliation was due to his recent legal troubles, and revealed what happened in her own life that prompted the father-daughter reconnection. 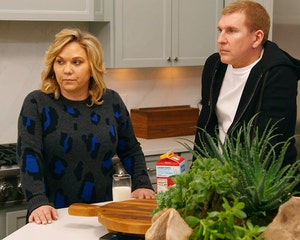 Todd, 53, and his wife Julie Chrisley, 49, were found guilty of bank fraud and tax evasion in June, but Lindsie, 32, said, "I can confidentially tell you there was no reconnection due to any legal reasons whatsoever. Nothing like that ever transpired."

As for the real reason that Lindsie reconnected with her dad? Her divorce. The reality star announced in July 2021 that she and her husband Will Campbell were calling it quits after nine years of marriage. It was finalized the following October.

Lindsie noted that she didn't give her family a heads up about her divorce before the news came out. She then added that she later discovered her dad had posted a message addressed to her on Instagram following the news, but Lindsie hadn't seen it because she had him blocked on Instagram at the time.

"After my divorce stuff had become public, my dad had posted, 'I'm here, I love you, whatever's going on in your life right now, I see it. I'm working things out for the good for you,'" the podcast host said, seemingly reading the post. "My child, there is nothing that you can do or have done that would ever make me love you less. I will try to protect you from anything and anyone who tries to harm you or your reputation. I'm stronger than depression and anxiety and braver than loneliness, and nothing will ever exhaust me. I promise you I will never leave you nor forsake you.'" 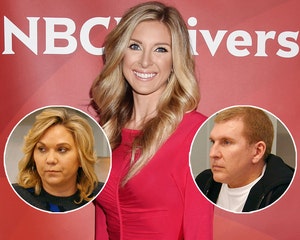 "'I'm breathing a new wind into you and over you right now. Look for the favor and blessings that I'm sending you in this season your way because they are from me. I love you so much,'" she added.

Lindsie concluded, "So, that's really more on how we were able to reconnect. So to answer that question in short, it was definitely because of my divorce."

The rift between Lindsie and Todd dated back to 2012, when Lindsie eloped with Campbell and sent shockwaves through the family. She quit "Chrisley Knows Best" in 2017 and was later accused of being the whistleblower in Todd's tax evasion investigation, claims she denied. Lindsie later accused her father and brother of blackmailing her over an alleged sex tape, which they denied. A nasty back and forth ensued in the years that followed.

Meanwhile, in June, Todd and Julie were found guilty of conspiring to defraud community banks out of more than $30 million of fraudulent loans, per the Department of Justice. They were also found guilty of tax eviction, while Julie was found guilty of wire fraud and obstruction of justice. 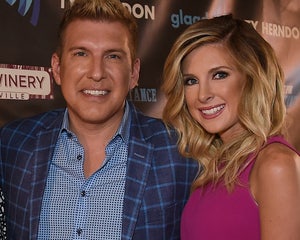 The two and their accountant were also convicted of conspiring to defraud the IRS. The accountant was also found guilty of filing two false corporate tax returns on behalf of the Chrisleys' company. The couple awaits sentencing; a hearing is on the books for October 6.

Following Todd and Julie's conviction, Lindsie addressed the news in a statement.

"I know most of you are expecting to hear from me on my podcast this week as I took time to be with my family last week," she wrote on her Instagram Story at the time. "The verdict is not what I had hoped or prayed for, and I am deeply saddened for myself, my son and my family as a whole," she wrote.

"Please pray for us during this difficult time and know that I will be back when the time is right. Thank you for your continued love and support," concluded Lindsie.