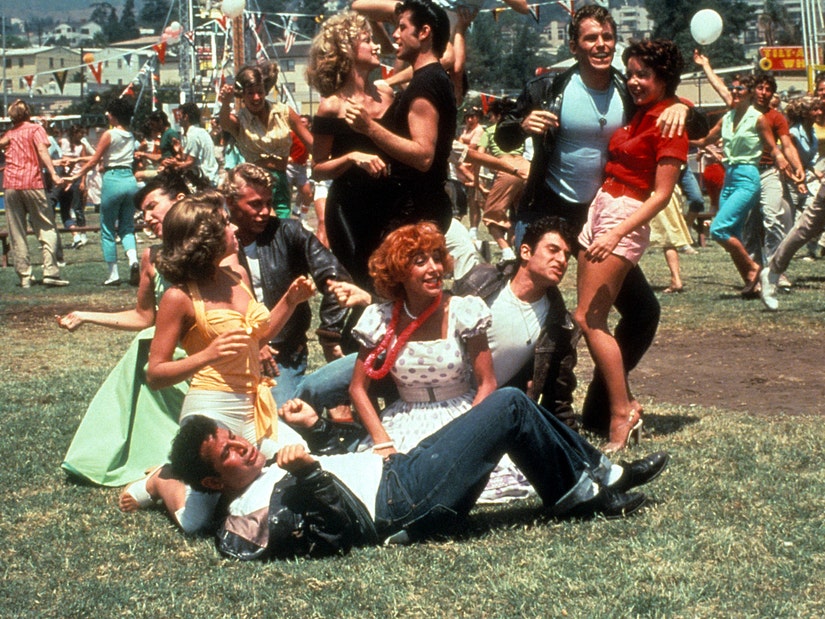 Didi Conn revealed she spoke with Olivia just a couple weeks ago, while one of the T-Birds got choked up talking about her on TV.

Olivia Newton-John's "Grease" family is paying tribute and celebrating her life after the iconic singer and actress passed away on Monday at the age of 72.

Her husband John Easterling released a statement confirming her death -- saying she "passed away peacefully at her Ranch in Southern California this morning, surrounded by family and friends."

"We ask that everyone please respect the family's privacy during this very difficult time," he added. No cause of death was officially revealed, but a source told TMZ, that "After a 30-year cancer journey, she lost her battle to metastatic breast cancer."

It wasn't long until the actress' "Grease" costars paid tribute to the Aussie, who broke out big as Sandy in the 1978 movie musical.

John Travolta was one of the first to honor his on-screen love interest and longtime friend. "My dearest Olivia, you made all of our lives so much better. Your impact was incredible," he wrote. "I love you so much. We will see you down the road and we will all be together again."

He concluded the post, "Yours from the first moment I saw you and forever! Your Danny, your John!"

Stockard Channing, aka Rizzo, also released a statement to PEOPLE.

"I don't know if I've known a lovelier human being," she wrote. "Olivia was the essence of summer – her sunniness, her warmth and her grace are what always come to mind when I think of her. I will miss her enormously."

"She would put her hands out to her audience and sing ‘I Honestly Love You’ and I think that’s how I’ll always remember her — this big heart ... and we will honestly always love her, too."

On Tuesday morning, Frenchy actress Didi Conn appeared on "Good Morning America" and revealed she was last in contact with Newton-John just "a couple of weeks ago."

"She told me that her health was, you know, she wasn't walking anymore and she had full-time care but her husband John and her daughter Chloe were there all the time, and she told me that they were just so hopelessly devoted," shared Conn.

When asked how she'll remember her late costar, Conn pointed to her performances of "I Honestly Love You" in concert. "I think that's how I'll always remember her. This big heart who just cared so much for everybody. We will honestly always love her too," she added.

Barry Pearl, who played T-Bird Doody in the film, appeared on "TODAY" in Australia on Tuesday for an emotional interview about Newton-John's legacy.

He said he had just written to Olivia after hearing from a mutual friend that "it wasn't going to be long." He added that, when he first "discovered that she was again failing," he wrote to her often -- and said that she would always sign her letters, "with love and light, Olivia."

"I wrote to her telling her basically ... on your journey forward, simply know you, Olivia, are the love and the light," he said, getting choked up as he spoke. "And that is profound and it's simple and it's true and it was ever thus. She just always exuded that positivity. Just the way she handled this journey with grace."

Dinah Manoff, who played Marty Maraschino ("you know, like in cherry"), also gave a statement to PEOPLE, writing, "As many will tell you, Olivia Newton-John was one of the kindest, most generous souls ever to grace the earth, and I was one lucky Pink Lady to have spent time with her during the filming of 'Grease.'"

"She brought light and laughter wherever she went," she added. "My deepest condolences to her family and friends during their time of great loss."