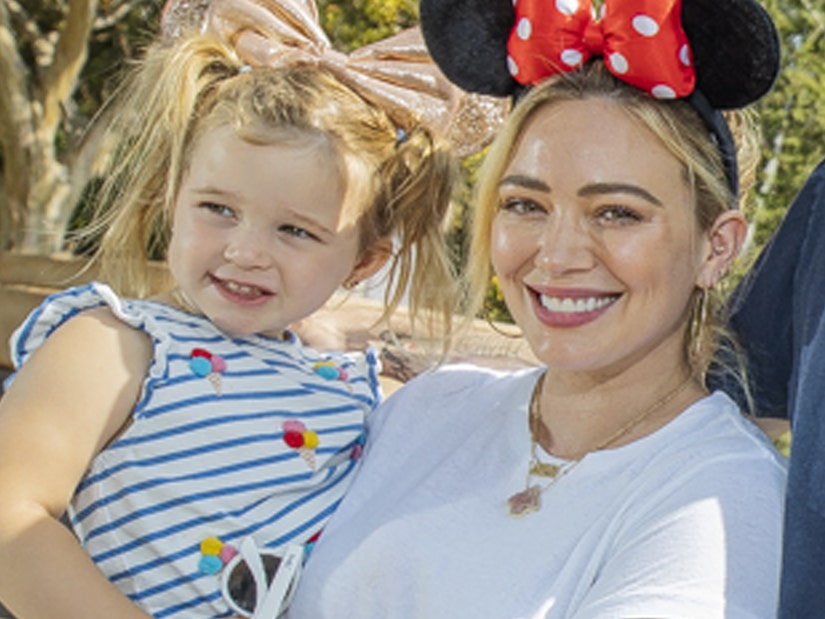 Hilary Duff's daughter Banks is only three years old, but it looks like she's already old enough to rat out her mom.

On Monday, Hilary, 34, took to her Instagram Story to hilariously share that her daughter told her soccer coaches at camp that the actress got food poisoning from eating some "bad chicken." 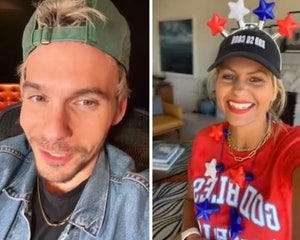 Hilary posted a screenshot of a text message between her and her assistant Lauren, who seemingly texted Hilary: "Banks told a story at camp…'my mom made bad chicken and now she has diarrhea…that’s what happens when you make bad chicken.'"

Alongside the screenshot, below, the "How I Met Your Father" star wrote, "Whoaaa! Don't trust your kids! Home girl outed me to the soccer coaches."

Hilary also reposted a photo of Banks smiling on a swing, hilariously writing, "The rat."

Hilary shares Banks and 17-month-old daughter Mae with husband Matthew Koma. She is also mom to her 10-year-old son Luca from her previous marriage to Mike Comrie.

This isn't the first time this month that sickness has hit Hilary's household. 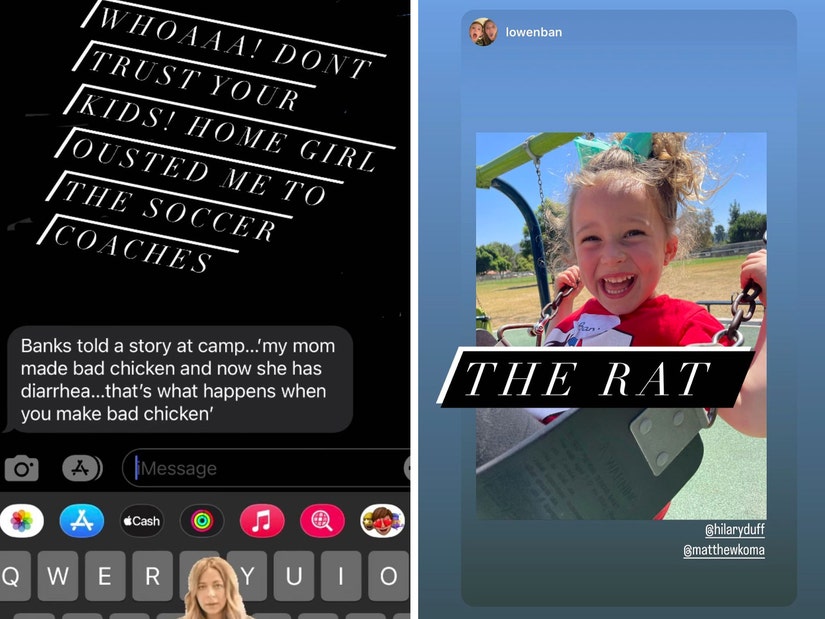 Earlier this month, she shared that her daughter Mae had been diagnosed with hand, foot and mouth disease.

"None of my other kids have ever had hand, foot [and] mouth, so I’ve never it seen before," Hilary said on her Instagram Stories at the time, per Just Jared. "That looks awful."

The Disney Channel alum also admitted that it was "so weird" that she was unable to be at home with her sick child because she was on set filming.

"I love my job so much but this is just a little shoutout to working parents who have to leave their kids in times that don’t feel natural," Hilary explained. "And it kinda like goes against everything in their body to not be with them in times like that."

Although she admitted that she was "sitting here feeling sorry for myself," she offered an encouraging message to other parents who might find themselves in a similar situation.