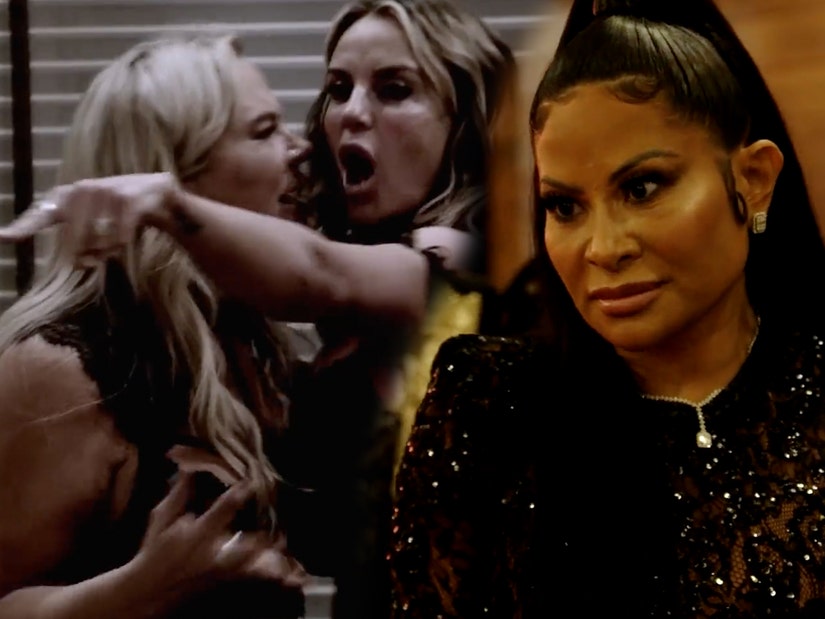 "The Real Housewives of Salt Lake City" are back and Jen Shah is adamant she's innocent ... despite entering a guilty plea in her wire fraud case.

Bravo dropped the first trailer for Season 3 on Wednesday and the drama surrounding Shah is front and center. Shah and assistant Stuart Smith stand accused of generating and selling "lead lists" of innocent people who could be targeted as part of a telemarketing scam for almost a decade. Many of the victims were elderly and working class.

While both pled not guilty at first, Smith changed his plea to guilty in 2021. Shah, meanwhile, maintained her innocence until she eventually pled guilty in July. Both are still awaiting sentencing.

In the trailer, Shah exclaims, "I am innocent" before telling her costars, "I got played by Stuart Smith. I would not be in this thing at all if it wasn't for Stuart."

Newcomer Danna Bui-Negrete, who will appear in a "Friend of" role this season, chimes in on the case as well -- telling Whitney Rose, "Someone I know was working for Jen and now he's an informant." Adds Bravo in a press release: Danna "gets tangled in the group’s drama as she brings a rumor about Jen to light."

The show will also follow Shah to court, as she flips her plea. Viewers will have to tune in to find out what was going through her mind when she made the big change. Per Bravo, "Jen's new alliances cause a divide among the women. Jen and her husband, Sharrieff, downsize their house as they face the uncertainty of their future together."

The other big bombshell moment of the trailer comes from Meredith Marks, who is seen telling Whitney of Lisa Barlow, "I just heard that she was doing favors to help get places to pick up Vida Tequila."

In what may end up being a case of telephone gone wrong, that rumor gets repeated in front of Lisa herself, as Whitney claims Meredith told her "she performed sexual favors." Barlow's reaction: "Are you crazy?!"

"As unflattering rumors about Lisa fly around Salt Lake, she turns her attention to focus on her husband, her children and her business," adds Bravo.

The trailer ends with more screaming, what looks like a physical confrontation between Whitney and Heather Gay and an exotic getaway that ends with someone's shoes getting tossed into the ocean.

RHOSLC returns to Bravo on September 28.