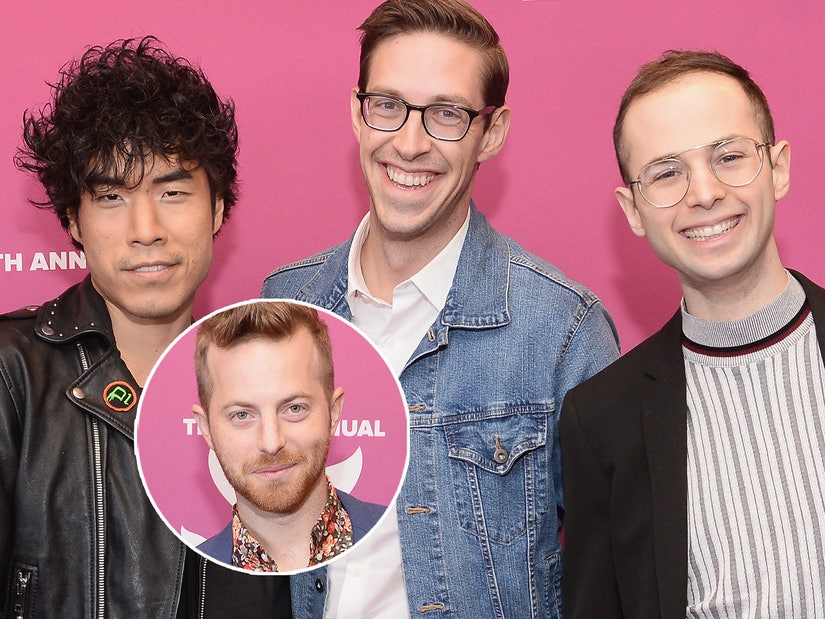 One said they processed the ordeal "almost like a trauma" -- and joked his "stress poops have been out of control."

The Try Guys are shedding more light on the fallout from the cheating scandal involving their now-former member, Ned Fulmer, as well as their plans for moving forward.

On Thursday's episode of their "TryPods" podcast, titled "ok, let's talk about it," Try Guys members Keith Habersberger and Zach Kornfeld revealed they -- along with fellow co-founder Eugene Yee Yang -- aren't looking for a fourth member to replace Ned following his workplace affair scandal that led to his removal from the YouTube comedy group. 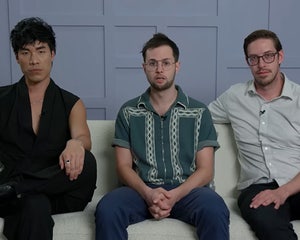 "We will have new people that come in and out," Zach explained. "We obviously already have our buddy Kwesi [James], who we love, but I don't want to put the pressure on anyone to say, 'This is the new Try Guy, and he is the replacement!' That's not fair to them."

Keith chimed in, "It's a good opportunity to let other people, to let women, to let non-binary people, to let people from different backgrounds, ages, and body types have these sorts of experiences. So, we can actually, as viewers, gain a different perspective of cool opportunities."

Late last month, Keith, Zach and Eugene confirmed the news of Ned's firing in the wake of swirling internet speculation. In a statement, the trio revealed Ned is "no longer working with The Try Guys," adding, "As a result of a thorough internal review, we do not see a path forward together. We thank you for your support as we navigate this change."

Ned -- who shares two kids with wife Ariel Fulmer -- admitted to the incident, calling it consensual. "Family should have always been my priority, but I lost focus and had a consensual workplace relationship," he said in a statement released on September 27.

"I'm sorry for any pain that my actions may have caused to the guys and the fans but most of all to Ariel. The only thing that matters right now is my marriage and my children, and that's where I am going to focus my attention."

Keith, Zach and Eugene shared a five-minute video on Monday, in which they broke down what happened with Ned, when he was officially removed from the company they founded in 2018 after separating from Buzzfeed and how he's being removed from their content and digital presence. (Read more about the video, here.)

Meanwhile, on Thursday's podcast episode, Keith and Zach opened up more about how they navigated the situation, and more specifically, how it affected them both physically and mentally.

"We processed this almost like a trauma," Zach said. "It really rocked our word, but also the ramifications were so clear. I don't think that I really ever stopped to emotionally process it. Even still, I don't know that I have. Because it was just, 'OK, we have to act. We have to go. This thing happened, how do we react accordingly?’ I understood the severity of the accusations against Ned, but also the laundry list of steps ahead."

Keith and Zach did manage to throw in a little humor during the episode. The former suggested that he was dealing with the situation almost as if it were a "breakup," saying that he's been listening to music, such as Olivia Rodrigo, to "access [his] sad emotions" more easily.

Zach, meanwhile, revealed the "stress" from the scandal has manifested itself physically. "My back hurts. My BMs have been wild," he said with a laugh. "The stress poops have been out of control."

When asked by podcast producer Miles Bonsignore whether or not The Try Guys would have taken different actions if the internet hadn't learned about Ned's affair, Keith said, "No. It betrayed our trust. It was a workplace violation. It would mean to all the people in our office who knew what they knew, that we were not true to everything we say we are and our values. Very simply, he would have been removed. It would not have been this public spectacle. We probably would have tried to avoid that for the sake of the other people involved."

However, despite everything, Keith and Zach said there is a "silver lining" to the whole situation.

"It showed that we had a really big effect on a lot of people," Keith said, to which Zach added, "The silver lining in this was realizing the impact that our content and even that BuzzFeed generation that we were a part of had on so many people, and it touched part of their lives. I'll say, I wish we had found out a different way... but it was like, 'Oh wow, this f---ing matters to people.'"

He went on to say, "We've had more eyeballs on us than ever. Oh, that's why people make this their career and lean hard into drama. What I've also learned is I want no f---ing part in it."

"We have prided ourselves for the last eight years on being undramatic boys, and I can't wait to go back there," Zach added. "This whole f---ing circus is not interesting to me and not what I ever want to be defined as, as a creative person."

Check out the full podcast episode, above.