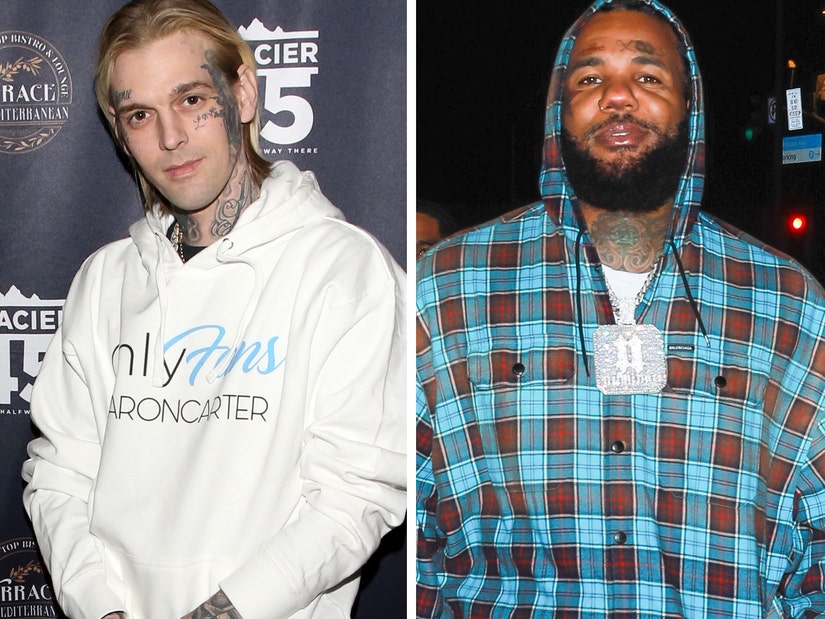 The rapper was moved by Nick Carter's tribute to share "a quick story that was a true testament to Aaron's character & heart."

The Game is sending love to Nick Carter following the death of the pop star's younger brother, Aaron Carter.

Aaron was found dead at his Lancaster, CA home on Saturday at the age of 34. According to TMZ, he was discovered in a bathtub. On Sunday, Aaron's brother shared a touching tribute to Instagram, a tribute which inspired The Game to open up about his own experience with the younger Carter.

"My heart is broken. Even though my brother and I have had a complicated relationship, my love for him has never ever faded. I have always held on to the hope that he would somehow, someday want to walk a healthy path and eventually find the help that he so desperately needed," wrote Nick in his post.

"Sometimes we want to blame someone or something for a loss, but the truth is that addiction and mental illness is the real villain here. I will miss my brother more than anyone will ever know. I love you Chizz. Now you can finally have the peace you could never find here on earth….God, Please take care of my baby brother."

After seeing that post, The Game shared the same throwback photo of Nick and his brother to his own page, adding that Nick's "words to your brother as honest & pure as they were touched me this morning so I wanted to write you back & share with the world a quick story that was a true testament to Aaron's character & heart."

The rapper's story went down in 2005, when he, his now-19-year-old son Harlem and the boy's mother boarded a flight to New York only to discover the airline had overbooked it and they were one seat short in first class.

"He was sitting across the isle & said 'Hey, you guys have little man ... you can have my seat Game,'" he recalled. "At this time my 1st album had dropped & I still wasn't sure everyone knew who I was so every new 'Game' called out was fresh & made me feel like I’d accomplished something great." 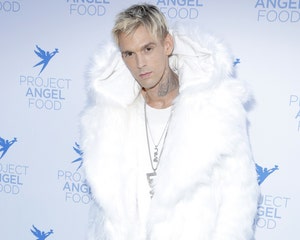 "The plane wasn't full so Aaron went back to coach & sat in an isle & had the whole row to himself so he was chilling. I felt bad about him giving up his seat so I thought to myself ... 'f--- that, I'm going to sit in coach too'" he continued. "He had on his headphones ... (airpods weren't a thing back then) but he took them off & I asked him if I could sit. He of course said 'f--- yea man.'"

Game said the two "ended up talking the entire damn near 6 hour flight," with him recalling how "kool it was to be talking to a guy I seen on MTV a million times who my lil sister loved to death cause again I had just became a star so this was super dope."

The rapper said they "got to know one another very well" during their time together on the flight, exchanged numbers and "always hugged when we saw each other over the years." He added, "when I read of his passing, it really hurt my feelings and I instantly thought of that flight & our time chilling in the sky."

See how more in Hollywood honored the late singer here.