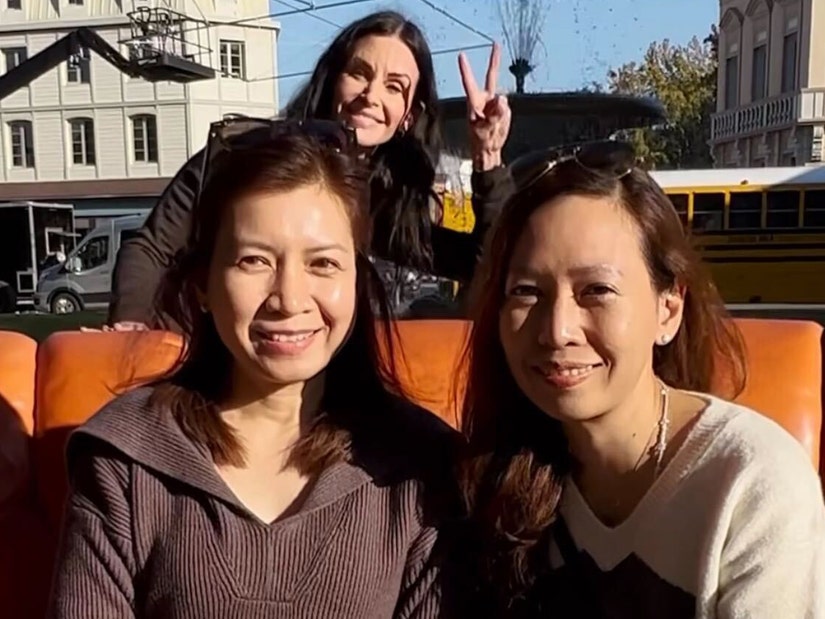 "Don't you hate a photo bomber?" Cox captioned the video

Monica Gellar, is that you?

On Wednesday, Courteney Cox -- who famously started as Monica on "Friends" -- shared a video on her Instagram in which she can be seen giving some lucky "Friends" fans the ultimate meet-and-greet when she surprised them at Warner Bros. Studios. 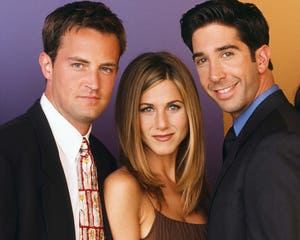 "I am working at Warner Brothers and I thought this is a good time for me to surprise 'Friends' fans and photobomb their shots," Cox told the camera, prefacing the epic footage of herself surprising fans.

As shown in the clip, groups of people each went to get their photos taken while sitting on the notorious orange "Friends" couch, which had been set up in front of the fountain shown in the sitcom's opening credits.

Each group smiled for the shot, and the photographer would count down from three. When he reached one, Cox would pop out from behind the couch and photobomb the picture.

After each shot, the photographer -- who used the fans' cell phones -- returned their phones to the visitors, who responded with absolutely priceless reactions after they noticed Cox's photobomb.

"Is this happening to us right now?" said one seemingly diehard "Friends" fan, who burst into tears.

"It's Monica!" another person joyfully screamed.

Cox greeted the fans, even giving out some hugs. The clip ended with the best photobomb, with Cox popping up behind the couch once again to surprise a large group of people who were taking a photo.

Watch the fun clip, above!