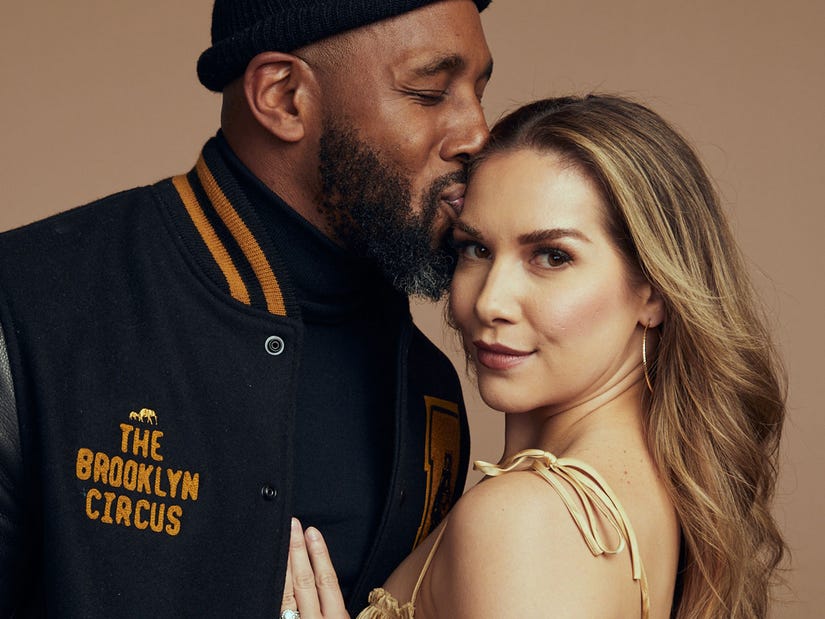 "There is so much love coming to you. I hope you can feel it," Ellen wrote in the comments.

Allison Holker has returned to social media following the death of her husband, Stephen "tWitch" Boss, paying tribute to him in her first post since his passing.

The dancer shared a photo of the two to Instagram on Wednesday, captioning the photo, "My ONE and ONLY Oh how my heart aches. We miss you so much." Her outfit appears to match what she was wearing in the last video of the pair dancing, which she shared on December 11, or two days before his death.

Boss died by suicide at the age of 40, according to the Los Angeles County Medical Examiner.

Holker's post was instantly flooded with messages of support from the family's famous friends and fans. One of the first to comment was Ellen DeGeneres, who wrote, "There is so much love coming to you. I hope you can feel it."

The talk show's EP Andy Lassner also added, "So much love. We got you" -- while regular contributor Kalen Allen wrote, "we'll take care of you all from now and forever more!"

"Dancing with the Stars" alum Peta Murgatroyd wrote, "sending you all the love Allison," while Derek Hough added "We love you Ally. We all have you 🙏🏼" His fiancee Hayley Erbert also shared, "Sending you and your family SO much love 💗💗."

"We got you and the children Sis.. He knows that!!!! ❤️❤️❤️❤️" commented Loni Love, while Ricki Lake wrote, "Holding and your babies close in my heart."

Boss' mother Connie Boss Alexander also shared a new tribute to her son on Tuesday, posting a screen grab from a FaceTime call she had with Boss before his death. "Oh if only I could FT to heaven..." she captioned the photo.

Holker and Boss married in 2013, before he adopted Holker's daughter Weslie, 14. The two went on to welcome to additional children: son Maddox, 6, and daughter Zaia, 3. Boss and Holker celebrated their 9-year wedding anniversary earlier this month.

When he died, she released a statement reading: "It is with the heaviest of hearts that I have to share my husband Stephen has left us."

"Stephen lit up every room he stepped into. He valued family, friends and community above all else and leading with love and light was everything to him," she wrote. "He was the backbone of our family, the best husband and father, and an inspiration to his fans."

"To say he left a legacy would be an understatement, and his positive impact will continue to be felt," Holker continued. "I am certain there won't be a day that goes by that we won't honor his memory. We ask for privacy during this difficult time for myself and especially for our three children."

"Stephen, we love you, we miss you, and I will always save the last dance for you," she concluded.