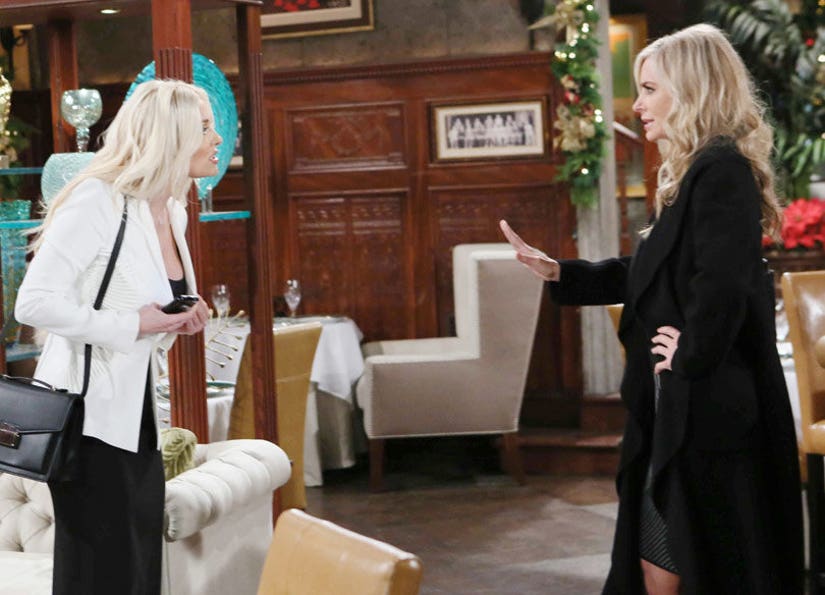 Erika Girardi certainly knows how slay on stage as her alter ego Erika Jayne, but she was seriously nervous to appear on "The Young and the Restless" alongside her "Real Housewives of Beverly Hills" co-star, Eileen Davidson.

"Well I was crawling out of my skin, I was really nervous, because this is something different for me," Erika told *TooFab. "But I was really grateful."

Davidson, who stars as Ashley Abbott on the long-running CBS daytime drama, gifted Erika with her very own guest appearance on soap opera during the Season 7 premiere of "RHOBH."

"Keep your fingers crossed, hopefully I didn't fail miserably," she said of her acting chops.

Though she hasn't seen the episode beforehand, the blonde bombshell will be watching the episode with family and friends.

"Yeah, hopefully we will be celebrating instead of like, 'Oh god, girl well that was terrible,'" she confessed. "For sure, we're going to be watching and with our fingers crossed and lots of prayers."

Girardi will play Farrah Dubose, a straight-shooting businesswoman who interacts with Genoa City's major players. She'll even appear on-screen with Davidson, who plays fan-favorite Ashley Abbott on the series.

Girardi's guest spot airs Thursday, Dec. 15 on CBS' "The Young and the Restless."

'Real Housewives' Erika Girardi on New Co-Star Dorit Kemsley: 'She Has A Problem With Me'