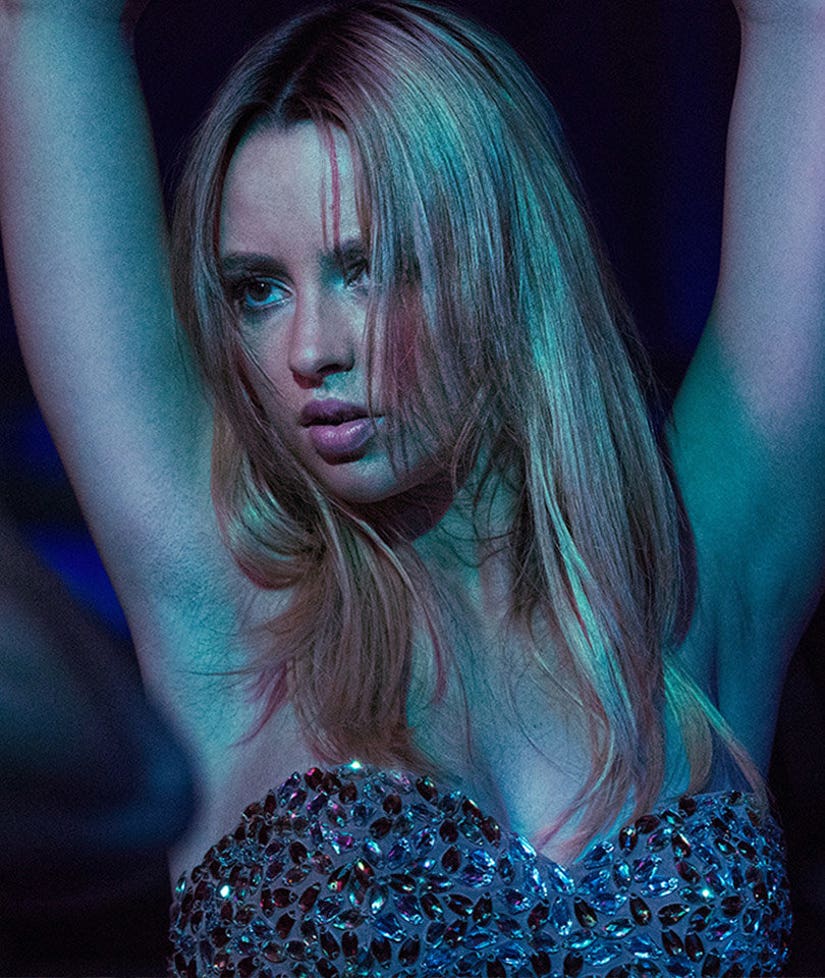 "Britney Ever After," the unauthorized Britney Spears biopic, aired on Lifetime on Saturday night.

Some of the moments were funny, endearing, shocking and sad. Was everything accurate? Not even close. But here are the seven most shocking moments recreated for the film below:

Lifetime made it seem that this was the night that Britney lost her virginity to former 'NSync-er Justin Timberlake. The party itself wasn't much to talk about, but afterward Timberlake shimmied in like a knight in shining denim, kissed her for the first time before the two apparently sealed the deal on their physical relationship. That escalated quickly.

In this scene, Britney's house is broken into and all Britney is concerned about is her stolen "boudoir tapes." They're sex tapes. At the same time, Britney's father's alcoholism is continuing to spiral out of control and Spears is afraid of what her father's illness will do to her career.

During a trip to the club, Britney and Justin had a ridiculous dance off. Later when Justin went to get drinks for the two, Britney caught him cozying up to a waitress, to which Britney responded, "Stay away from him, skank." Angering Justin, Britney engaged in an argument with her famous boyfriend and twisted the knife in further: "I'm not the one slipping in the charts," she told a seriously ticked-off Timberlake.

MADONNA'S KISS AT THE 2003 VMAS SNUBBED

It was almost entirely skipped over, and only featured Britney leaving the stage after the kiss. Britney's then-manager Larry Rudolph was shown telling Britney to lay off the partying for awhile while Britney fired back: "Your checks are still going to clear if I have a little fun."

Surprising fans everywhere, this one -- though it was a major tabloid moment for Britney in real life -- was harder to watch recreated than it was to look at the pictures from 2006. The incident occurred outside of New York City's Ritz-Carlton hotel and after taking a stumble, Britney nearly drops her eight-month-old baby, Sean Preston.

After marrying and divorcing Kevin Federline (who was bizarrely nicknamed "Meatpole, apparently), the breakdown segment began. Everyone remembers Sam Lutfi for his "friendship" with Britney, but it was detailed in the biopic in a way that made us feel sorrier than ever. Aside from Lutfi there was the head-shaving incident, in addition to that umbrella attack. Note, however, that in the real Britney's life, it wasn't a convertible that took the brunt of her anger and anxieties, but an SUV. The film also showed Britney crying -- a lot -- and her ill-fated "return" to music during the "Gimme More" performance at the 2007 MTV Music Awards.

Read more: Britney Spears and Paris Hilton Have the Most '90s Throwback Photo Ever (Photos)

Britney overcame all of the drama and toward the end of the movie is featured in the midst of her biggest comeback yet, culminating in her hugely popular Las Vegas residency. At the end of the film, Britney describes her life to the documentarists as a "multi-car pileup."

The real Britney Spears, however, has distanced herself from the entire Lifetime biopic. After Lifetime announced that the biopic was in the works, a rep for Britney assured the public that her client would "not be contributing in any way, shape or form" to the film, nor did it "have her blessing."

See celebrity reactions to the unauthorized documentary below.

Omg is anyone else watching #britneyeverafter?? "Get out the crackers because Joey is bringing the cheese" that's a direct quote!!

I'm a Britney Spears lifetime movie away from figuring myself out 👊🏻

omg me & the gays are watching #BritneyEverAfter & i am GASPING, this ain't right y'all, she does NOT deserve THIS!!

I CANNOT WITH THIS #BritneyEverAfter 🤦🏼‍♀️