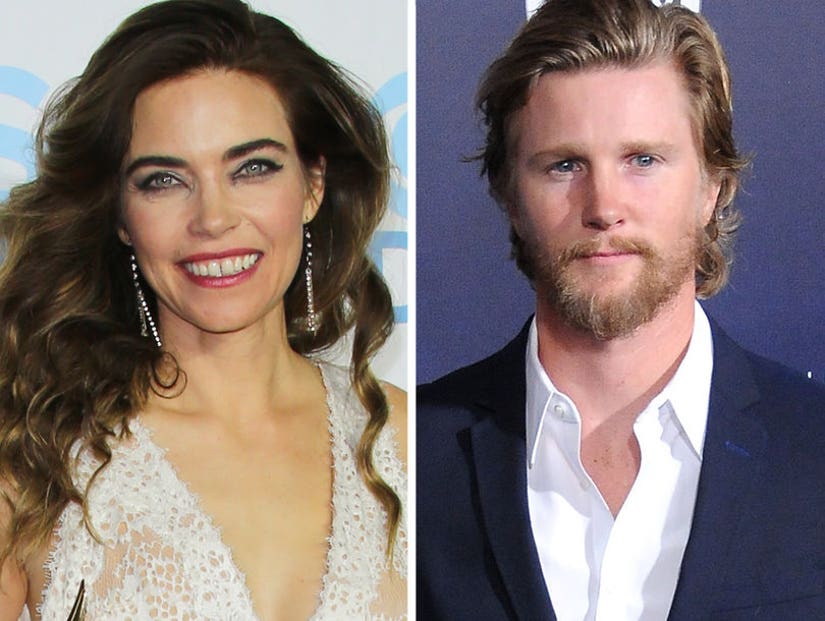 "Young and the Restless" star Amelia Heinle and Thad Luckinbill are divorcing after 10 years of marriage, TooFab has learned.

According to court documents obtained by TooFab, Luckinbill filed for the split in Los Angeles Superior Court on Wednesday, citing "irreconcilable differences."

Heinle, who plays central role of Victoria Newman on the top-rated CBS soap, began dating Luckinbill when he was playing JT Hellstrom on the show from 1999-2010. The couple wed in March 2007.

In an ironic twist of life imitating art, Heinle and Luckinbill's characters on the show became a couple, had a child and then split. Their characters' son Reed Hellstrom (played by newcomer Tristan Lake Leabu) just returned to the "Y&R" canvas as a teenager, leading to speculation by fans that Luckinbill's JT might also return to the series.

Luckinbill is seeking joint custody of the children and is asking the court to "reserve for future determination the issue of spousal support," according to the filing.

She was previously married to "NCIS" star Michael Weatherly, whom she also shares a son named August. Weatherly and Heinle met while they were both starring as Coop and Steffy on ABC's now-defunct soap "Loving."

The actress just won her second Emmy this past year for her role as Victoria on "Y&R," which she's played since 2005. Luckinbill is most recently listed as an executive producer of the award-winning "La La Land," which almost won Best Picture during the Oscar fail heard around the world.

'Real Housewives' Erika Girardi Talks 'Young and the Restless' Cameo: 'I Was Crawling Out of My Skin!'