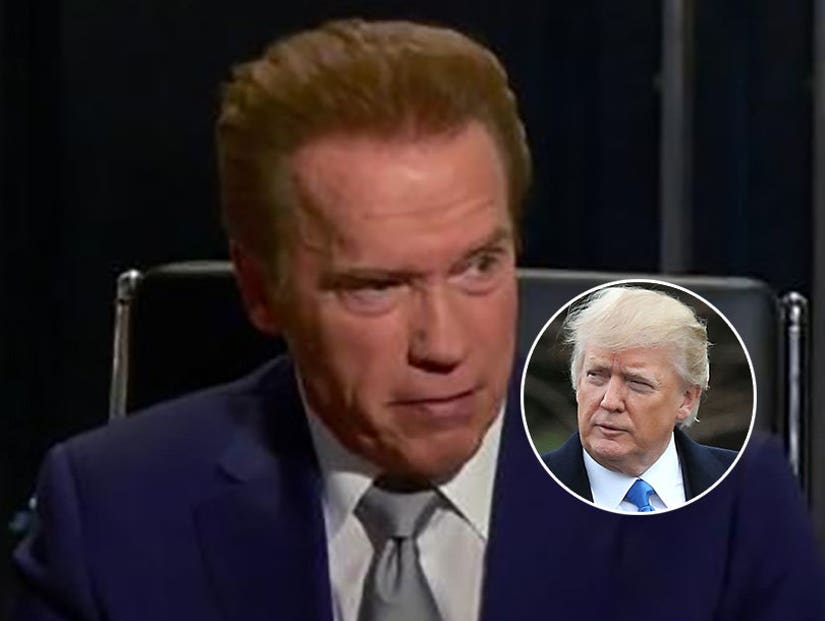 President Donald Trump once again clapped back at frenemy Arnold Schwarzenegger, who announced on Friday that he would "decline" to participate in the long-running show if he were asked.

"Arnold Schwarzenegger isn't voluntarily leaving 'The Apprentice,'" Trump tweeted on Saturday morning, "he was fired by his bad (pathetic) ratings, not by me. Sad end to great show."

See the tweet below and continue reading for more story.

Arnold Schwarzenegger isn't voluntarily leaving the Apprentice, he was fired by his bad (pathetic) ratings, not by me. Sad end to great show

Schwarzenegger took over Season 15 hosting duties on "The Apprentice," a move that accommodated Trump's presidential campaign. Despite Schwarzenegger's withdrawal of interest in hosting the show for Season 16, the NBC show has not yet announced if the show will continue for Season 16.

On Friday, the former California governor blamed Season 15's lax ratings on the president, saying that viewers began boycotting the show when they realized that Trump was still active as an executive producer of the show.

Schwarzenegger said: "When people found out that Trump was still involved as executive producer and was still receiving money from the show, then half the people [started] boycotting it."

Read more: Arnold Schwarzenegger Thinks Donald Trump Is a 'Skunk' And Wanted to Smash His Face Over Ratings Diss

"With Trump being involved in the show people have a bad taste and don't want to participate as a spectator or as a sponsor or in any other way support the show," Schwarzenegger said.

Saturday's presidential tweet wasn't the first time Trump attacked Schwarzenegger over ratings. In February Trump mocked Schwarzenegger at the National Prayer Breakfast, saying, "I want to just pray for Arnold if we can -- for those ratings."

In response, Schwarzenegger posted a video to his Twitter page and said: "Hey Donald, I have a great idea: why don't we switch jobs?"

Watch the original video below.