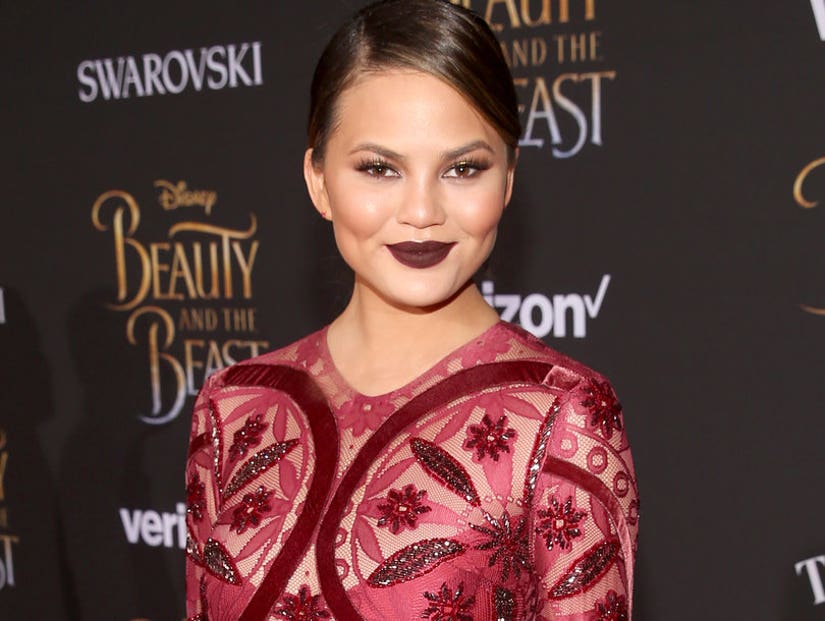 Chrissy Teigen has been suffering from postpartum depression since giving birth to her daughter Luna.

The 31-year-old Sports Illustrated cover girl, who regularly proves she's an open book by speaking candidly about her personal life and politics, opened up in Glamour magazine about the medical condition that affects one in nine women.

“Getting out of bed to get to set on time was painful,” she wrote in an essay accompanying her cover photo on the April issue. “My lower back throbbed; my shoulders – even my wrists – hurt. I didn't have an appetite. I would go two days without a bite of food, and you know how big of a deal food is for me.”

The “Lip Sync Battle” host explained that she didn't even know why she felt unhappy when her husband is “exactly as compassionate, patient, loving and understanding as he seems."

Teigen eventually felt guilty for “sleeping on the couch, waking up throughout the night, throwing up, taking things out on the wrong people, not enjoying life, not seeing my friends and not having the energy to take my baby for a stroll,” so she decided to seek help alongside her husband.

“My doctor pulled out a book and started listing symptoms,” she said. “And I was like, 'Yep, yep, yep.' I got my diagnosis: postpartum depression and anxiety. The anxiety explains some of my physical symptoms.”

Teigen said she is now taking antidepressants and talking to a therapist, which has already helped her recovery process in the past three months.

“I'm speaking up now because I want people to know it can happen to anybody and I don't want people who have it to feel embarrassed or to feel alone," Teigen wrote. "I also don't want to pretend like I know everything about postpartum depression, because it can be different for everybody. But one thing I do know is that for me, just merely being open about it helps.”

She concluded by thanking her husband for supporting her during the difficult time, but added on Twitter hours after the essay was published online that there is no need to "tiptoe" around the topic with her.

Important note: please don't feel like you have to tiptoe around me! It is the most uncomfortable feeling ahhhh only downside to sharing PPD