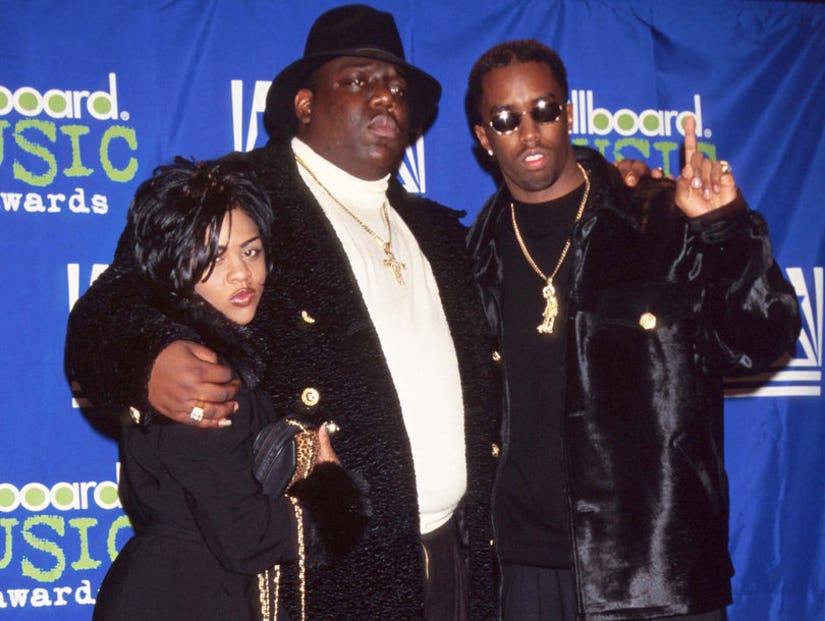 The Notorious B.I.G. would have turned 44 this year - it's been 20 years since the rapper's death.

He was shot Mar. 9, 1997 shooting, and the world is still devoid of Biggie-style rhymes that set the bar even higher for even today's rappers.

Biggie, real name Christopher George Latore Wallace, was shot and killed at the age of 24 in Los Angeles, California. The murder of the time-tested rapper is unsolved to this day.

Here are 7 of the best rhymes that secure Biggie's place as one of the most talented rappers of all time.

With lyrics like "I made the change from a common thief/ To up close and personal with Robin Leach/ And I'm far from cheap, I smoke skunk with my peeps all day/ Spread love, it's the Brooklyn way/ The Moet and Alize keep me pissy/ Girls used to diss me/ Now they write letters 'cause they miss me," Biggie's 1994 track "Juicy" peaked on Billboard's Hot 100 at number 27.

Including lyrics such as "I've seen it when he kissed 'em at the way/ Made his body shake/ The high tide it 8:50 I's smoke tank/ Rap terror whore crow and terror, true/ Fly by the rivers but this is conspicuous/ Bad Boys slipped in ninety-five ridiculous/ My rap's rhymes is like land mines/ One step, ka-boom, black suits fill the room," Biggie's 1995 collab track with Total, "Can't You See," peaked on Billboard's Hot 100 at number 13.

Tongue-twisting verses including "Je-sus, the Notorious just/ please us with your lyrical thesis/ We just chillin, Milk 'em, "Top Billin'"/ Silk and, pure linen, me and, Lil' Cease (hehe)/ Malibu sea breeze, Dom P's, palm trees/ Cats named Pablo in milked out diablos (that's right)/ The Williest - what? - bitches be the silliest/ The more I smoke, the smaller the Phillie gets," Biggie's 1996 collab track with 112, "Only You," peaked on Billboard's Hot 100 at number 13.

With lyrics like "We can rendezvous at the bar around two/ Plans to leave, throw the keys to 'Lil Cease/ Pull the truck up, front, and roll up the next blunt/ So we can steam on the way to the telly go fill my belly/ A t-bone steak, cheese eggs and Welch's grape/ Conversate for a few, 'cause in a few, we gon' do/ What we came to do, ain't that right boo (true)," Biggie Small's "Big Poppa" peaked on Billboard Hot 100 at number six in 1995.

Biggie raps: "First things first: I, Poppa, freaks all the honeys/ Dummies, Playboy bunnies, those wanting money/ Those the ones I like cause they don't get nothin' but penetration/ Unless it smells like sanitation/ Gar-bage, I turn like doorknobs/ Heart throb never, Black and ugly as ever/ However, I stay Coogi down to the socks/ Rings and watch filled with rocks/ And my jam knock in your Mitsubishi/ Girls pee-pee when they see me/ Navajos creep me in they teepee," Biggie hit the Billboard Hot 100 at number 2 in 1995.

With lyrics like "Dead right, if the head right, Biggie there ery'night/ Poppa been smooth since days of Underroos/ Never lose, never choose to, bruise crews who/ Do something to us, talk go through us/ Girls walk to us, wanna do us, screw us/ Who us? Yeah, Poppa and Puff," hit 1997 song "Hypnotize" dominated the Billboard Hot 100 at number one for three weeks.

Rap stylings including "B.I.G., P-O, P-P-A/ No info, for the, DEA/ Federal agents mad cause I'm flagrant/ Tap my cell, and the phone in the basement/ My team supreme, stay clean/ Triple beam lyrical dream, I be that," 1997's "Mo Money Mo Problems" featuring Puff Daddy, Ma$e and Kelly Price peaked at number one for two weeks only to be bumped out by "I'll Be Missing You," which held the slot for another 11 weeks. The song, about the death of the epic rapper, was performed by Biggie's BFF Puff Daddy and featured Faith Evans and 112.