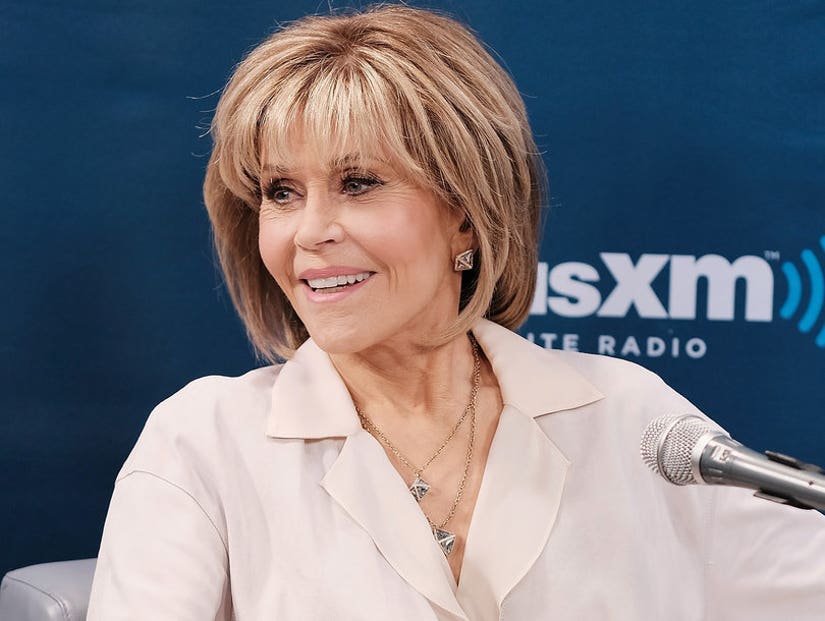 "I think nobody should run for president unless they've passed a psychological test," the actress said.

Fonda and her "Grace & Frankie" co-star Lily Tomlin stopped by the SiriusXM studios in New York for a special town-hall edition of "The Craig Ferguson Show" to promote the release of the Netflix show's Season 3.

Fonda is known for strongly protesting the Vietnam War in the 1970s, making her a much-criticized "Hollywood liberal" of her day. Her famous controversies include supporting the occupation of Alcatraz Island by American Indians in 1969, supporting the Black Panthers and being nicknamed "Hanoi Jane" after visiting North Vietnam in 1972. 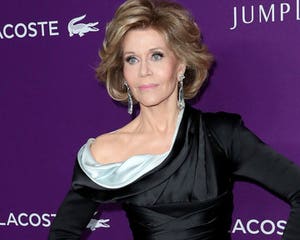 In a move that's bound to rile up her many Trump-supporting critics, Fonda told a SiriusXM subscriber that she's proud to speak out politically and fight back against bullies.

"I have my political views that change as you do when you get older, and I lived 20 years in Georgia so I have more empathy and compassion and patience. And no, I'm the daughter of Henry Fonda who played Tom Joad in 'Grapes of Wrath,' and '12 Angry Men' and you know you have a parent like that and you grow up wanting to stick up for the underdogs and you hate bullies and artists of all kinds tend to speak truth to power."

She also said she was pleased to see the amount of activism over Trump since he took office.

“It's very wonderful to see how many people who have never considered themselves as activists are becoming active and how many... I mean thousands of women are wanting to run for office now that never would have considered that before. I think that's really great.” 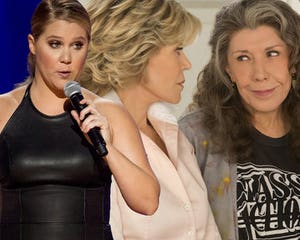 Netflix in March: 11 Most Binge-Worthy Shows and Movies (Photos)

Scottish-born Ferguson then joked that he'd like to see an amendment to the constitution so that he could run for president.

“Yeah, well I'd like to keep that law in place,” Fonda said. “I just think it's an attempt to keep Arnold Schwarzenegger from running.”

She and Tomlin also teased a potential "9 to 5" reunion on "Grace & Frankie," saying they expected Dolly Parton to be on the show, which just launched its third season. "She wants to be on it and we want her on," said Tomlin.

Fonda explained that flood damage near Parton's home in Tennessee was keeping her busy rebuilding her community.

"She is so attached to where she comes from and those people. Gosh, you can't know how deep that goes for her."