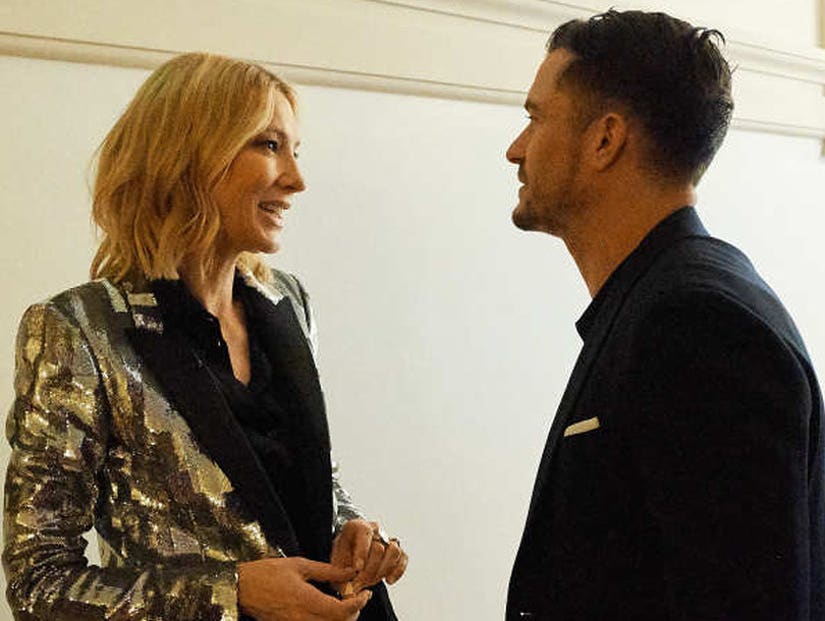 Orlando Bloom had a huge crush on Cate Blanchett back in the Middle Earth days.

During a "Late Late Show" special in London, James Corden highlighted that they were having a Middle Earth reunion. The host then asked what Bloom's first impression of Blanchett was when they filmed 2001's "The Lord of the Rings" -- in their roles of Legolas and Galadriel, respectively. 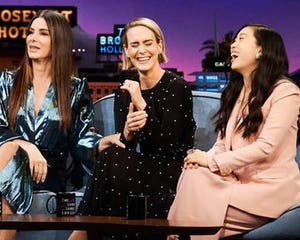 "I can't think -- I had such a crush," Bloom admitted. "Well, Legolas has crush and then I had the biggest crush on you."

"Well, it was your character!" Blanchett exclaimed, trying to give him a way out.

"No, it was me!" Bloom admitted, to which Blanchett replied, "I had no idea!"

It seemed that Blanchett didn't have the same feelings towards Bloom -- who is over five years his senior -- but that might be primarily due to the fact that the "Ocean's 8" star didn't realize who Bloom was under his Legolas costume.

"I didn't recognize you," Blanchett recalled. "Because the first time I saw you, you had hair -- like Fabio hair and blue eyes. And then I just saw you -- who is this really cute guy out of drama school -- and I didn't put two and two [together]."

"And I was just walking around spying on her from the corner of the room," Bloom said, to which Blanchett added, "In a non-creepy way."

Bloom might of had a crush on Blanchett, but that wasn't the only crush confession revealed Monday night. Corden's own father, Malcolm, admitted that his wife (and Corden's mum) Margaret, has a special place in her heart for Bloom.

The late-night host asked his dad where his mother was -- as she wasn't in the audience. 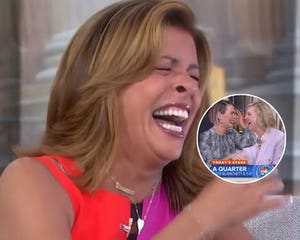 "She's backstage with Orlando Bloom. Well he's on her list," Malcolm said of his wife. "Mom and I have been married so long we both have these lists of celebrities we'd be allowed to keep company with, should our paths ever cross. I believe in America they call it a hall pass."

The camera then flashed to Margaret in a dressing room backstage with Bloom wearing matching bathrobes. She was being fed fruit by the "Pirates of the Caribbean" star. Watch out, Katy Perry!

Check out the full clip below.