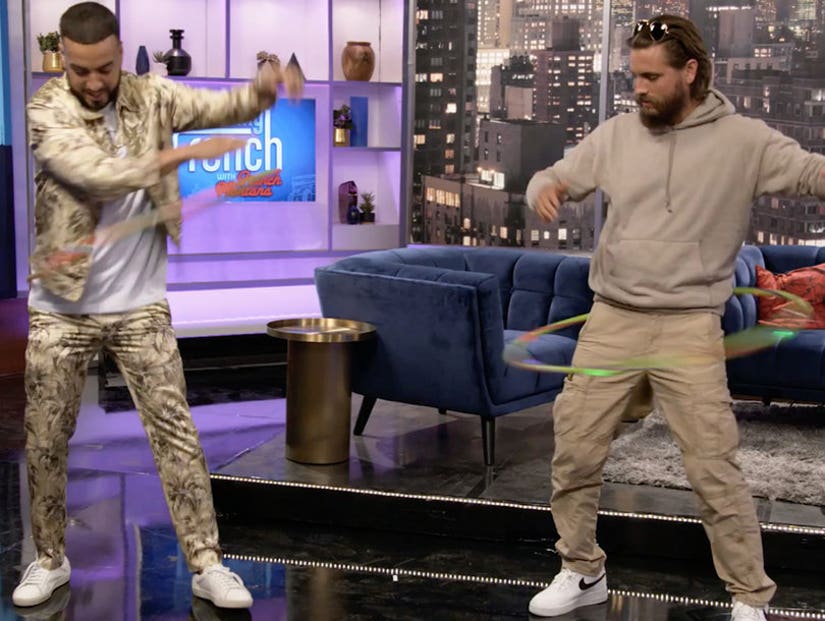 The "Keeping Up with the Kardashians" star challenges Montana to display his "hidden" hula hooping skills in front of a very disappointed live audience.

French Montana is an undeniably talented rapper, but he should stay far, far away from hosting, uh, anything.

On Saturday's episode of Kim Kardashian's comedy prank show "You Kiddin' Me," the hip-hop star fell victim to an elaborate prank set up by his brother Ayoub. French, who had to do whatever his little bro told him, thought that he was just going to pull a joke on a talk show audience, but he was actually tasked with being the show's host. However, Ayoub and French weren't alone in the ruse and had help from Scott Disick. 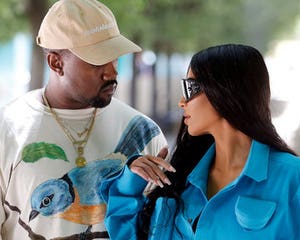 French was named "The Victim," Ayoub, "The Prankster," and Scott as the "The Accomplice." For the fake talk show, titled, "Pardon My French with French Montana," the audience was filled with hardcore French fans. Similar to last week's episode, "The Main Mark" for this prank was a hired assistant named Milo, who everyone kept calling Steph Curry, because of his striking resemblance to the NBA star.

With all of the pawns in place, it was time for the Ayoub to throw his brother the big curveball: French is the host.

"Surprise you're the host," Ayoub said, as French was being announced to go onstage.

"That's got to be so brutal," Scott joked.

As French walked out to his show, he followed his brother's instructions and danced out onto the stage, even being forced to do an unsuccessful moonwalk.

Ayoub had everything set up for the show, including a completely awkward monologue, where no one in the audience laughed.

Like all popular talk shows, French was tasked with interviewing some guests. First up was a mime named "French Mime-Tana." The rapper attempted to keep his cool, but struggled to hold back his laughter.

Next up with Scott, who French had no idea was backstage working with this brother this entire time.

"Ladies and gentlemen, we have one of my favorite celebrities on Earth here today," French read from the teleprompter. "Someone super close to me. The one, the only, Scott Disick!"

Since Scott was in on the prank, the "Keeping Up With The Kardashians" star continued to embarrass French and challenged him to a hula hoop competition.

"I feel like not everyone knows your hidden talents," Scott joked. "[He is] the best hula hooper I have ever seen." 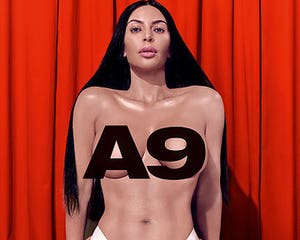 After proving that his "hips do lie" with a pitiful hula hooping display, French was then tasked with having a "Wrap Battle," with a fake internet celebrity.

The battle turned even weirder when the mime got involved in the competition. At this point, Ayoub realized it was time to tell the audience the truth. He ran out and old everyone it was all a prank. The audience, understandably, looked relieved.

"This show's not real," French said on the mic. "I would never do a talk show."

Our fingers are crossed he keeps his word.

"You Kiddin' Me" releases new episodes every Saturday at 12 p.m. PT on Facebook Watch. 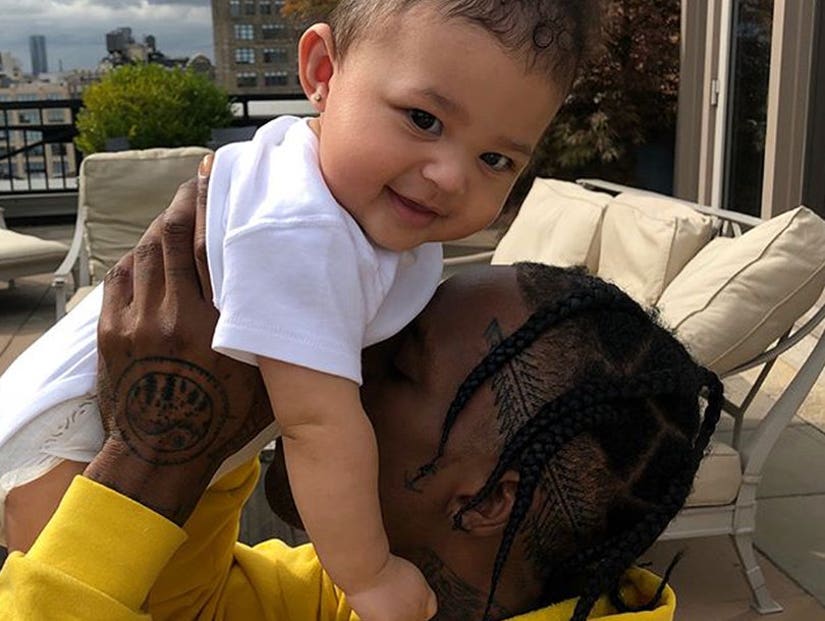