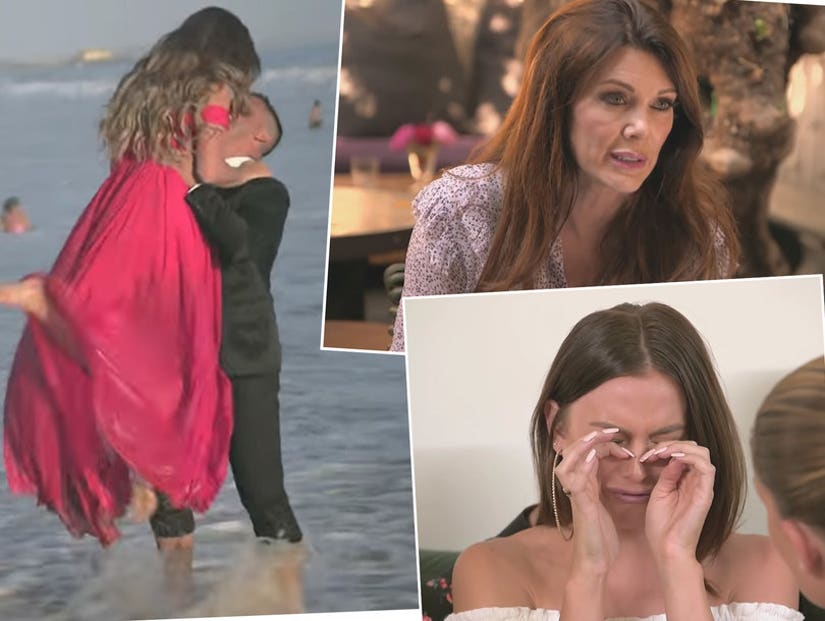 Jax proposes to Brittany, Lisa opens up about her brother's suicide and Lala breaks down over her father's death.

They're baaaaack! "Vanderpump Rules" Season 7 premiered Monday, and our favorite West Hollywood SURvers kicked things off with a bang.

We don't have enough time to rehash the dumpster fire that was Jax Taylor and Brittany Cartwright's relationship last season, but basically, he was a certified POS and cheated on her; however, Jax made a complete 180 after his father passed away, and all of his castmates can vouch for it. 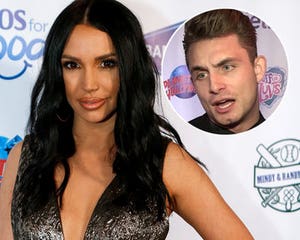 On Monday's premiere, Jax wound up meeting up with bestie Tom Schwartz, ex-girlfriend Stassi Schroeder and her new man, Beau Clark. Jax could barely contain his excitement when he blurted out the news that he was planning on proposing to Brittany.

Tom Sandoval, Jax's other bestie, didn't know the proposal was so imminent and kind of shaded him during a confessional. "Jax did mention that he was going to be proposing soon, but I didn't realize it was tomorrow," Sandoval said. "Obviously, Ariana [Madix] and I have been together for much longer than Jax and Brittany, but it's not awkward that they're getting married before us..." Cue an uncomfortably long stare into the camera.

The rock was huge ($70,000), and Jax knew there'd be questions -- especially since he resigned from SUR and didn't end up taking that "dream job" in Florida. He explained to the Toms that his dad left him some money when he died. 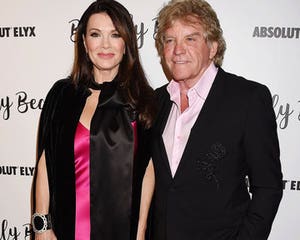 "My father passed away about six months ago, and it was kind of a turning point for me," he said. "I told Brittany, 'I think I'm gonna go into a hole for a little while. I'm gonna drink myself silly.' And she was just like, 'Can you please not do that?' She really helped me make a huge turnaround."

When Sandoval brought up to Jax that he was concerned Jax only wanted to propose because of the way Brittany took care of him during his low point, Jax replied, "That's when I knew she was the one."

"The fact that after everything that she's been through, to stand up, grab my phone and say, 'I'm gonna handle the flights, the flowers, whatever you need. I got this, baby,'" he explained. "I was like, this is my soulmate. How could I not want to spend the rest of my life with somebody who wants to take care of me like that? That's just amazing."

During their four months of uncertainty and hell, Brittany actually wound up hooking up with her ex, Aaron. "I feel like that might have been one of the things that pulled us back together," she explained, "because I don't think Jax could stand the thought of me being with someone else." Whatever works for you, girl. 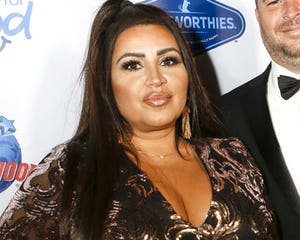 Fast-forward to Jax shoving the ring box into the crotch of his pants because it didn't fit in any of his pockets. He and Brittany headed over to a seafood spot in Malibu -- Neptune's Net Seafood -- to enjoy a nice meal near the beach. He was insanely nervous. It was almost time.

Meanwhile, the Wicked Witches of WeHo gathered at Schwartz and Katie Maloney's apartment for a little pregame. The group knew they'd be meeting up with Jax and Brittany later, but not everyone knew what they'd be celebrating. Kristen Doute was growing increasingly suspicious and said she thought Jax was going to pop the question. Katie doubted it, saying it was "too soon for that." Stassi was doing her best to keep her mouth shut and not break out into psoriasis, but she eventually cracked and spilled the beans.

"It was almost a year to this day that we were all listening to a recording of Jax talking to Faith right after he f--ked her, talking about how he wasn't attracted to Brittany and he would never marry her and have kids with her," Katie said during a confessional. "I can't say Jax and Brittany have fixed their relationship, but I would not bet on that they have." 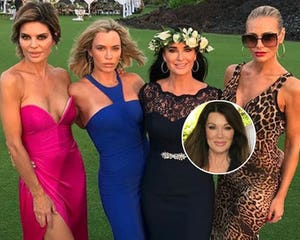 Lisa Rinna, Kyle Richards Deny Bullying Lisa Vanderpump, Call Her Out for Not Filming with Them

But back at Neptune's, Jax managed not to crap his pants (it was touch and go there for a sec), and he got down on one knee: "Miss Brittany Cartwright, I love you so much. Will you please make me the happiest man in the world and be my wife?"

Brittany cried, Jax cried, the TooFab.com writer of this article cried...and might still be crying. It was beautiful.

Given that Monday was the season premiere, we wanna make sure you caught everything there was to catch, so here's a breakdown of everything else that took place among our favorite, most dysfunctional Bravo reality stars.

Although this moment was small compared to the proposal, it's important to note because we have a feeling Lala and Billie Lee have a falling out later on.

While Lala was up at the host stand at SUR, Billie dropped off some menus and said, "No phones allowed." Lala had been texting discretely. When Billie walked away, Lala mocked her. "'No phones allowed,'" she said to herself. "This bitch, thinkin' she my boss. That's real cute."

James Kennedy, what are we gonna do with you? Apparently, the DJ and self-proclaimed "white Kanye" spit some pretty insulting bars during a freestyle at his weekly set, "See You Next Tuesday." With Brittany standing close by, cheering him on, James yelled into the mic, "I just got rich, I may cop a black Wraith. Everybody remember when Jax f--ked Faith?"

Sweet Brittany, who would never hurt a fly, burst into tears and ran home. After sending James a plethora of threatening texts, Jax stopped by SUR to confront him. Jax tried to get James to meet him out back -- likely to pummel his face -- but James refused. Jax basically told James he would never invite him to another one of his parties, then stormed off. Some things never change.

Lisa Opens Up About Her Brother's Suicide

When this happened, it did make the news, but LVP chose to remain mum. Here's how she addressed it on Monday's premiere:

"It's been five weeks since my only sibling -- my brother, who was 16 months older than me -- passed away through suicide," a composed Lisa told the camera. "And for five weeks, I stayed home. Obviously, just being the two of us, we were more like twins."

She wiped away tears. "It's been incredibly difficult," she added, "but we have to keep moving forward and make the people that were so important in our lives proud as they watch down over us."

Lala Breaks Down Over Her Father's Death

They say bad things happen in threes. For the Vanderpump bunch, this theory holds true.

"My dad passed away -- it's like so weird to even say that -- a little over two months ago," Lala said as she sobbed her way through a confessional. "He had had a stroke and got into an accident. The biggest thing for me that my dad taught me was just be kind. Oh, he was so nice to everyone. And I brought home some pretty sketchy boyfriends in my day."

Scheana's Still Not Over Rob

Much of Season 6 documented Scheana's obsession with her boyfriend, Rob Valletta. It was hard to watch. She even said during the emotional reunion that their split was harder on her than her divorce was. Ouch.

Good thing that's over with, right? Wrong. She's still talking about him!

"Rob broke up with me August 31st, 2017 -- not that anyone's counting," she told Bravo cams. "He asked me to come over, said we needed to talk. I'm then put on hold for a couple of hours because it's Fantasy Football draft day. He picks his team, we then have a talk, and...I didn't make the cut."

Stassi Is Smitten Over Beau

Unlike Scheana, Stassi is in literal Heaven with her boo, Beau. That poor girl has had her fair share of shitty boyfriends (including Jax 1.0), so we're stoked to see her so happy.

"After four years of dating Patrick on and off, Patrick broke up with me on the actual day of our fourth-year anniversary," she said during a confessional. "I'm just happy when I'm with Beau, and I feel like I can be myself. He's the funniest person I've ever met, he loves all my friends. I love him so much. I wanna be around him all the time."

The producer behind the camera could hear Stassi getting choked up. "Are you crying?" he asked with a chuckle.

Lala Gushes Over Her Man

"My man and I are doing extremely well. Now that his divorce has been finalized, we are out there, we're open and I can finally say what his name is. It's Randall [Emmett]!"

Lala explained that while she and Randall were at Coachella this year, James said to them, "C'mon, we all know each other inside and out, if you know what I mean."

"I just wanted to vomit," Lala told the camera. "Rand was absolutely not okay with it."

Since then, Lala said their friendship has been "nonexistent."

See what Scheana, James and Billie told TooFab about Season 7 in the video below. 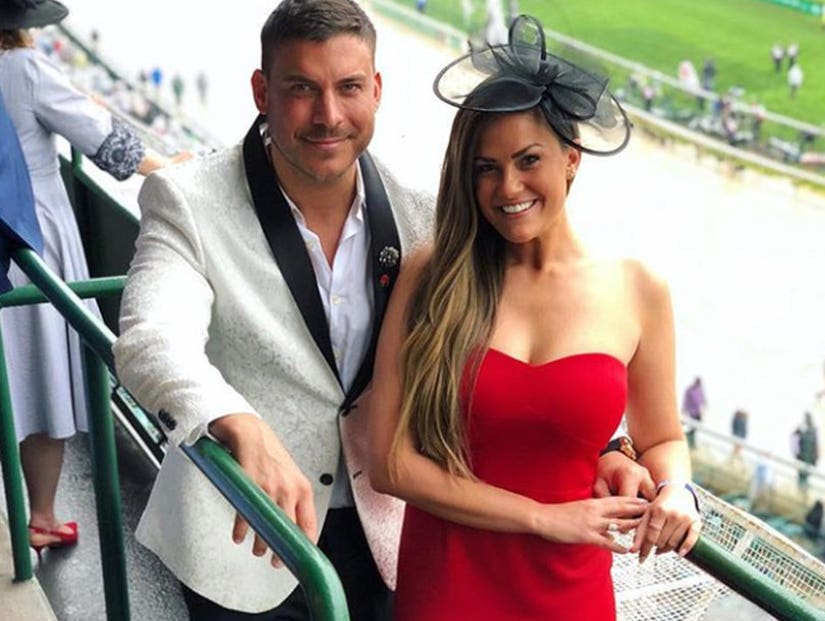