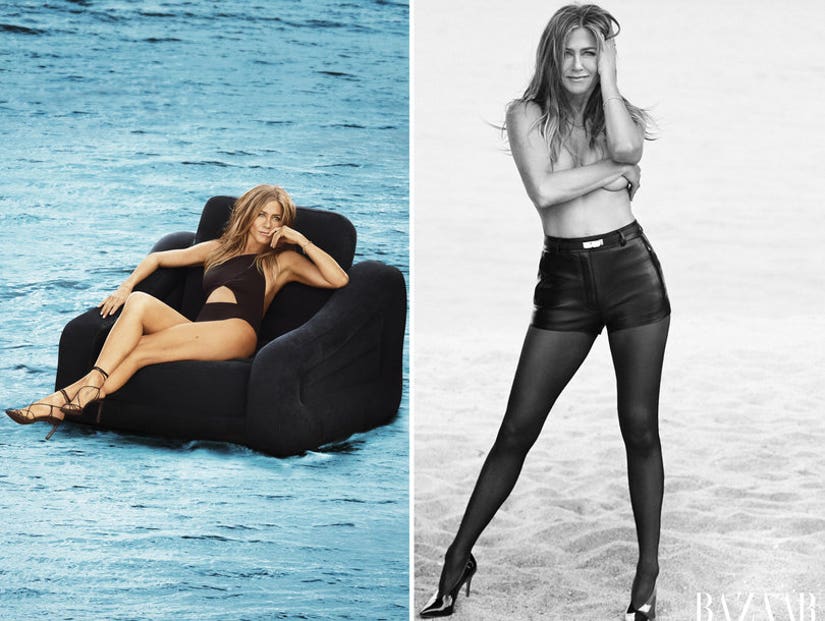 "I think we have many soul mates. I don’t think there’s one and one only."

Jennifer Aniston isn't looking for love — but is very open to being found by it.

The actress opened up to Harper's Bazaar about dating, soulmates, what she looks for in a partner... and why she has no problem posing topless.

Interviewed by "First Ladies" co-star and on-screen wife Tig Notaro, the 50-year-old revealed she not only believes we each have a soul mate — we have many. 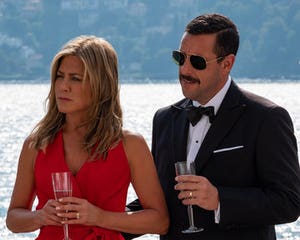 "I've had some of my friends for 35 years. I think we've all made some sort of unconscious agreement. It's like when certain groups of people meet, they form a little soul cluster — a sort of common group of souls who have been put together."

She revealed that while she isn't actively on the hunt for a partner, she certainly hasn't "tired of love".

"Am I on OkCupid? No. I have zero time, to be honest. My focus has been on the show, so dating has not been one of my first priorities," she said. "I feel like whatever [romance] looks like, it will present itself, and it's not about seeking it out, you know? 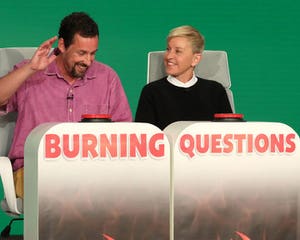 "When it comes knocking, it's going to be welcomed," she continued. "I'm not like, 'No, I'm done with that. That's never going to happen again.' My time on this planet has been about... It hasn't looked a certain way. It's my way; it's what I've been given this round."

"But I would say I don't find any of my past has given me a reason to harden up and create a shell or a wall of "No more, that's it, I'm closed'."

As for what she is looking for in a partner: "A sense of humor. Strong sense of self-worth, confidence, kindness, generosity. Good people surrounding them."

For her cover story, the "Friends" star posed topless, and explained why she had no problem doing so.

"There was a version of an outfit that we did without a top, but I'm covering my breasticles. There's nothing offensive out there for anyone unless they think breasts themselves are offensive," she said. 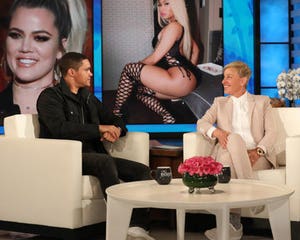 "It felt completely normal. I think our bodies are beautiful, and I think celebrating them and being comfortable in them—no matter what age you are—is important. There shouldn't be any kind of shame or discomfort around it."

Aniston also provided some invaluable advice to fans ever wondering whether or not they should ask for a picture with her: If she's at dinner — no. If you have kids — go for it.

"I try to have a rule: I only take photos with kids," she disclosed. "It was a hard boundary for me to create because people get really pissed off at you. But you have to have limits. Otherwise you'll just be standing there doing selfies on a corner for decades."

As for her own selfies, she continues to resist pressure to join Instagram. 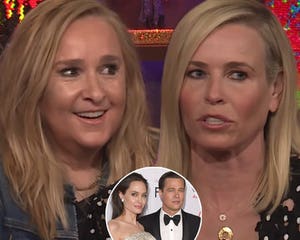 "When anyone ever says, 'You're not on Instagram, but you know you're going to have to join it', I'm like, 'But do I?'

"Do you know what it's like to sit in a room and watch someone struggle to put a post up, and then you're like, 'I think we've lost 45 minutes of our time together while you sat there and stared at a phone and tried to figure out what funny caption or what picture would be interesting. Really? For someone out there to go, "You know what? I don't like it"'."

At one point in the interview, Tig recalled a meeting she was at with Aniston in which the actress spotted a pile of gossip magazines in the waiting room and threw them in the trash.

'There I would be on the cover, cradling my soon-to-be-born fictional child," Aniston joked. "I do that in every room I go into, by the way. Every doctor's office... I used to go to newsstands too." 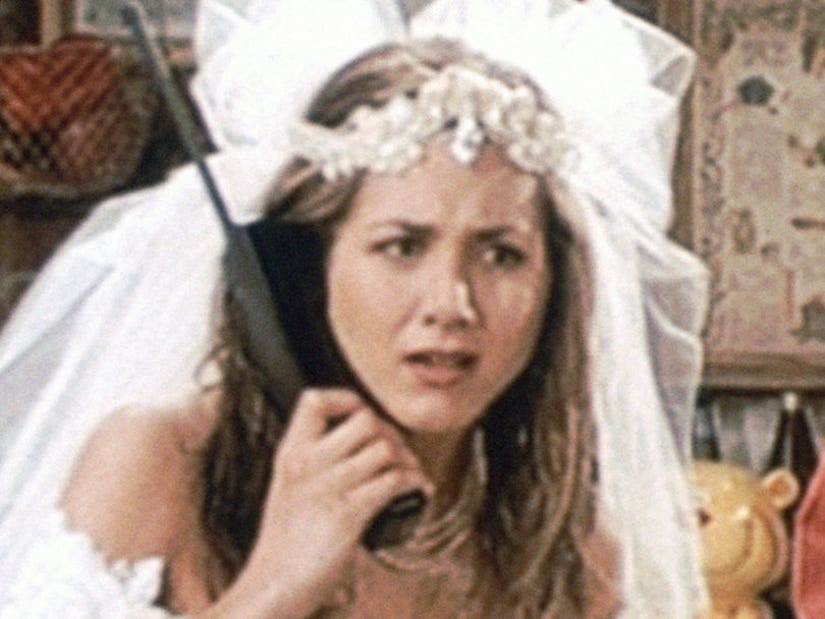