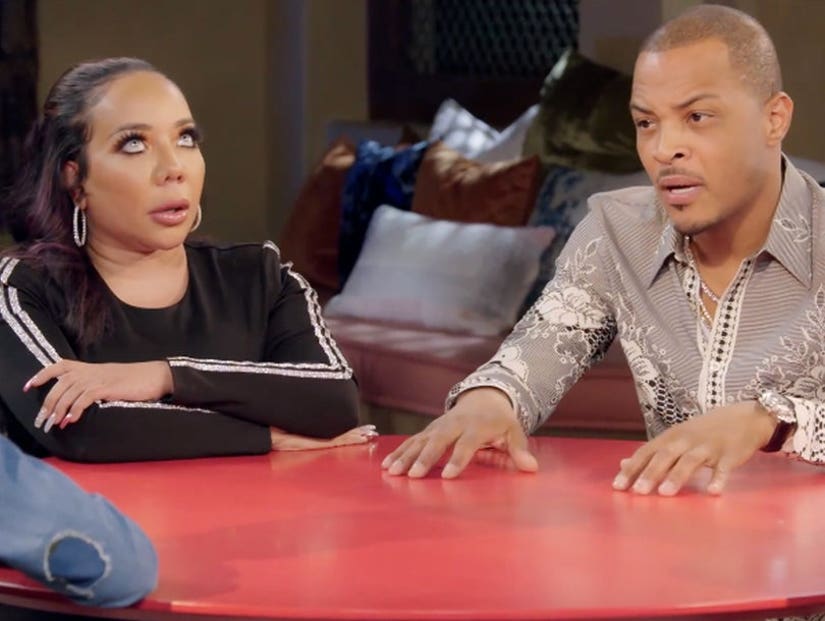 Jada could relate, saying their problems were "the exact same thing Will and I had to work through."

"Hymen-gate" was only the beginning of T.I.'s and Tameka "Tiny" Cottle sit-down with Jada Pinkett Smith. On Monday, a followup episode of "Red Table Talk" dropped, where the two tackled the ups and downs of their nearly ten year marriage.

After marrying in 2010, the two have been through a lot. In that time, they've welcomed three children, Tiny's filed for divorce twice and T.I. spent some time in prison. They've had spats on social media and faced infidelity speculation. Like we said, it's been a lot.

During one of their separations, T.I. didn't help matters by seemingly taking aim at his wife and their marriage, sharing a post suggesting that when a man gets married, "their masculinity dies, too." While T.I. denied it had anything to do with how he felt about his own marriage at the time, Tiny wasn't buying it.

"He says it wasn't about us, I would never believe that. You won't own up to it," she told him on "Red Table Talk." "It was insensitive for you to put out such a thing when you know the world is watching."

"Sensitivity is left in the eye of the beholder," he hit back, adding that "Everybody has their own levels of triggers." Jada's mom Adrienne, however, said that after so many years together, T.I. should know what his wife's "triggers" are. His response: "I'm a little slow."

He went on to defend his post by calling himself "a philosopher of sorts," someone who was simply sharing a perspective he found interesting at the time. "You want to teach them, but make your wife feel a certain way?" asked a still skeptical Tiny. The two then got into it a little as he said his calls were being blocked at the time, while she said he had already been "out with women on the 'gram." 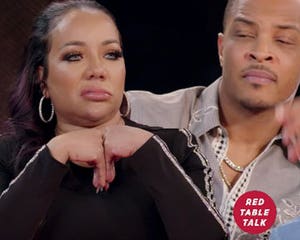 T.I. and Wife Tiny Break Down What Led to Marriage Issues on Red Table Talk

Tiny was then asked about the "last straw" in the relationship, before filing a second time. She said it came at a time when she decided to be less passive in their marriage, after he got out of prison.

"When I went to prison I guess she felt like, 'Well now I have to figure out what I'm going to do," said T.I. "Because I don't have you here to continue the protocols and the practices that we have established in the fundamental stages of this relationship."

"So when I got back the world was upside down. She kinda had an air like, 'It's my time,'" he continued. "I thought we were going to hit the ground running and get back to things being the way they were and that was an acclimation period that I had to make it through."

In T.I.'s mind, however, her decision to "mute herself" in the past was her own decision. "I had my list of how I wanted things to go and you said okay," he told her. "When you were not okay with it anymore, which is understandable, you can't use that voice to try and go against me. We're supposed to go together." 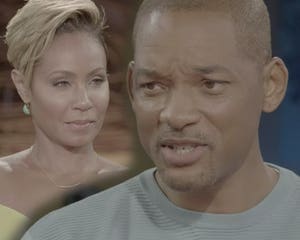 As the tensions escalated, Jada could relate to the conversation between the two.

"This conversation, this problem, is the exact same thing Will and I had to work through. The exact, exact, same thing," she told them. "I'm listening to the both of you and you both have a point. You're coming from two different perspectives. She was trying to get her power back and I can see how, for you, it would seem very offensive because it is new for her. She is trying to figure it out."

She added that when she and Will Smith were going through issues in their marriage, she felt she relinquished her power to him and he "took it and misused it." But she also had to take stock in how her own choices led her to that point.

Jada then asked why the divorce papers once again went away. "He changed," said Tiny. Looking at T.I. she added, "You changed, you came back as if you really wanted to work things out, you really wanted the relationship." She also believed her husband saw the grass wasn't necessarily greener on the other side without her.

"It ain't have nothing to do with the green grass," he shot back, before she said he was "out having fun" with other women. Tiny added, "on record," that she didn't have sex with anyone else while she was married. T.I., in turn, evaded the question entirely by saying he has "never ever lied about this on Red Table Talk and I'm not gonna do it now."

He went on to call Tiny the "love of my life," before the two spoke about the benefits of counseling. "I think counseling is amazing. I found out I was right," Tiny said with a smile. "I love it, I love to go," added the rapper.

As for advice to anyone else out there going through something similar, he said you have to let the "old stuff go." 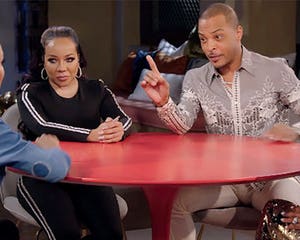