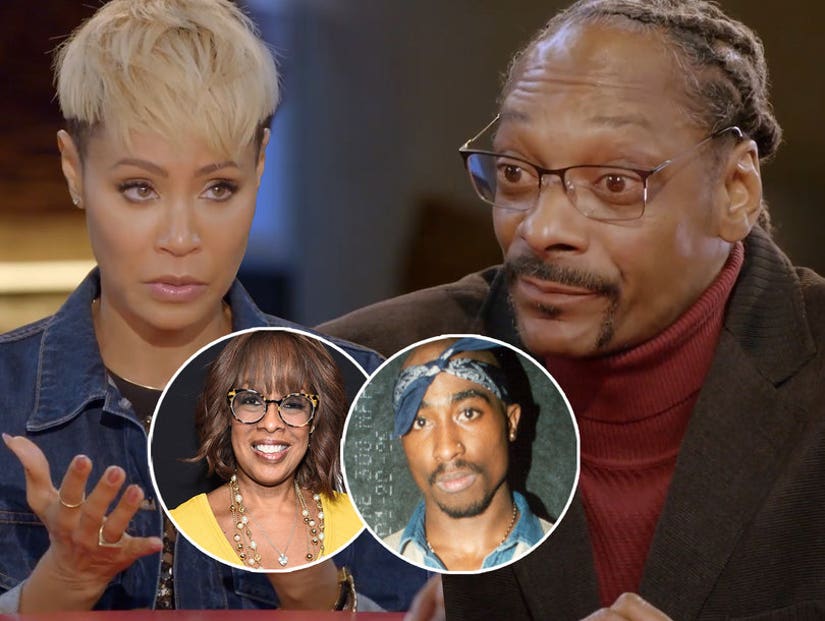 During a new Red Table Talk, Jada also reveals she and Tupac used to clash over his misogynistic lyrics.

Snoop Dogg hasn't spoken with Gayle King directly since he publicly apologized for calling her a "dog-haired bitch," but he has slipped into her DMs.

The rapper was a guest on a special episode of "Red Table Talk" on Wednesday, to talk about why he angrily went off on the journalist for bringing up the rape allegation against Kobe Bryant in an interview with Lisa Leslie after his death.

During the conversation, Snoop, Jada Pinkett Smith, Adrienne Banfield-Norris and Willow Smith talked about what he learned before his subsequent apology, how his mother reacted to his comments and the culture of misogyny in the rap world. He also revealed which big names reached out to him with messages of support during the controversy.

Before they sat down at the titular table, Jada said this was the first time she and the rapper had actually met. She prefaced the sit-down by saying the chat would not be about "taking sides" or figuring out "who was right and who was wrong," but would instead be about "healing." Jada noted that Gayle had also been asked to join and there's an "open invitation" for her if she ever wants to talk about it.

Speaking about her "complicated relationship" with Snoop, Jada wanted to first give him props for speaking out against Suge Knight and leaving Death Row Records in the time after Tupac -- her good friend -- was killed. Noting how Snoop and Suge have made peace since, she thanked him "that during those very complicated times, you were the only person that came out and stood up to Suge Knight and spoke out" at a time she felt "powerless." She added, "the message it sent, it took the boogie off the boogyman."

Smith said the second time she was "rooting" for Snoop was when he decided to apologize to Gayle. Of why he went in so hard on King, the rapper admitted he lost control after the deaths of Kobe, daughter Gianna, Nipsey Hussle and both his own grandson and grandmother.

"I let my emotions get the best of me," he said, adding that there are so few black "superheroes," it was hard for him to see King bring up the rape allegation. 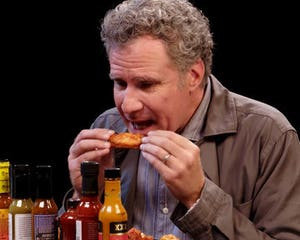 Will Ferrell Spills on Snoop Dogg, Shaq and Prosthetic Testicles While Crying Over Hot Wings

"You may think it was more people against me, it was more people with me," Snoop noted, adding that many who agreed with his sentiment also said he shouldn't have said it the way he did. "There's always some wrong in the right, you just have to look for it, and I went looking for it," he said, "I wanted to make sure that the message was across that we love Kobe and be respectful of Vanessa and those kids."

The rapper said the reaction to his outburst "made me feel like I had too much power and at that particular time, I was abusing it" -- before sharing what his own mother had to say.

"My mother raised me in church and raised me to respect women. There were certain things she said to me that took me back to being a little kid," he recalled. "When your mama can make you feel like a kid, that's when you gotta get right. I didn't feel grown, I didn't feel like like Snoop Dog the rapper, I felt like Snoopy. She didn't say I was wrong, she was giving me, 'You know I raised your better.' I got it, I didn't tell my team, I didn't go to my publicist, I just did it."

He said he also got "calls from Tyler Perry, Puff Daddy, Van Jones," who he says didn't "bash" him and had his back, but also told him, "We think that you shouldn't have said it."

As for Gayle herself, he hasn't spoken to her directly. "I've reached through her friends, through her associates and I even DMed her, sending her a prayer, letting her know I apologize to her," he explained. "Doing the things I could do to put my effort forward, because I was wrong. I said I'd love to meet with you privately. That was my last line, to make sure it wasn't going to be watered down and diluted, where I could give her a hug, look in her eyes and talk to her like we're talking." 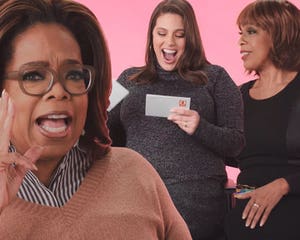 Talk then turned to misogyny in the rap world, with Snoop admitting he's part of the problem. "It's hard to take those words out of the equation," he said, noting he used words like "bitches" a lot when he was coming up in the game. "I gotta do shows where people love that song and those words," he added.

"Once you become a grown man and you realize your words have power, then you have to pull back," he continued. "Even me and Pac got into it, he wanted me to stay gangsta. I was like, 'I got a baby on the way, I just beat a murder case, I have a lot to live for.'"

That's when Jada said she and Tupac also "used to get into it" back in the day over his "usage of 'bitch' and 'ho'" in his songs. "We got into it hardcore," she added, "I was like, 'What are you doing!' And he's like, 'I'm not talking about you.'"

Noting Pac "tried his best to define" what those words meant to him, Smith said his explanation "never really made no sense."

"I'm not going to try to explain it to you," added Snoop, who added that it's still "easy for us to backslide" when it comes to that language. 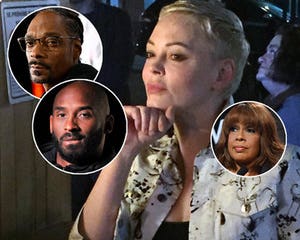