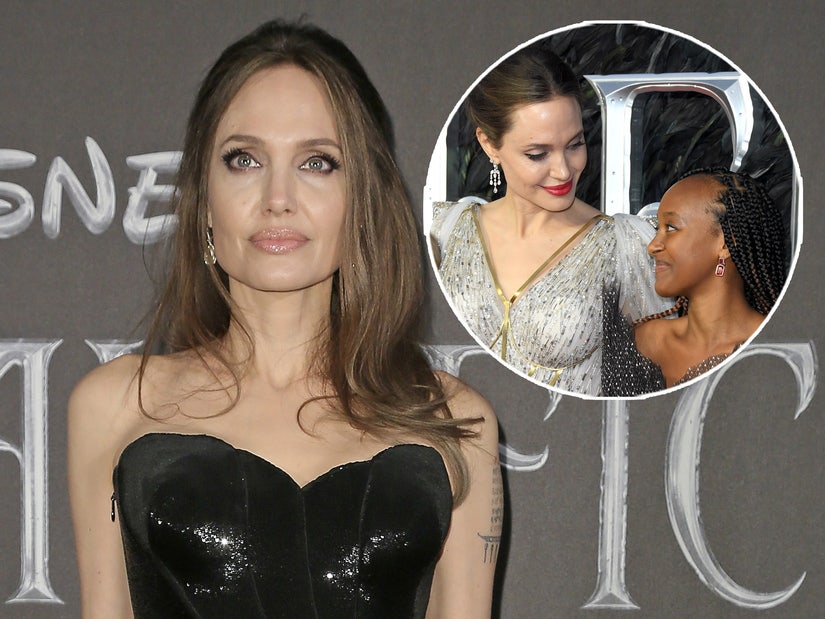 "A system that protects me but might not protect my daughter is intolerable."

Angelina Jolie is speaking out against racism amid the ongoing Black Lives Matter protests in the wake of George Floyd's death.

In an interview with Harper's Bazaar released Friday, the Oscar winner opened up about how discrimination affects her family profoundly as she raises her 15-year-old Black daughter, Zahara, who was adopted by Jolie from Ethiopia when she was 6-months old.

"A system that protects me but might not protect my daughter --  or any other man, woman or child in our country based on skin colour – is intolerable," the 45-year-old explained.

"We need to progress beyond sympathy and good intentions to laws and policies that actually address structural racism and impunity," she continued. "Ending abuses in policing is just the start. It goes far beyond that, to all aspects of society, from our education system to our politics."

Jolie referenced the current climate of people taking to the streets in protest against police brutality and racial injustice after Floyd, a Black man, died while a white officer kneeled on his neck for nearly 9 minutes during an arrest on May 25.

She said her faith has been renewed witnessing "the way people are rising."

"Saying that they are tired with the excuses and half-measures, and showing solidarity with each other in the face of inadequate responses by those in power," she added. "It feels like the world is waking up, and people are forcing a deeper reckoning within their societies."

"It is time to make changes in our laws and our institutions -- listening to those who have been most affected and whose voices have been excluded."

In regards to teaching children -- Jolie has six altogether -- on the issues of racism, the "Malificent" star had wise advice.

"To listen to those who are being oppressed and never assume to know."

Jolie also touched on the plight of refugees during the coronavirus outbeak.

"They live with xenophobia and racism and prejudice every single day and are some of the most vulnerable people in the world when it comes to the economic consequences of the pandemic."

Her main concern, however, is for children during these uncertain times.

"The number of children we know are being abused at this very moment keeps me up at night," she confessed. "There is a global health crisis for children from abuse, neglect and the effects of that trauma. And not nearly enough done to protect them."

As for what she hopes will happen post-lockdown, Jolie said, "The focus on efforts to make structural change to protect vulnerable people stays at the center of our discussions."

"That we don't turn inward and we work with even more awareness of our shared humanity."