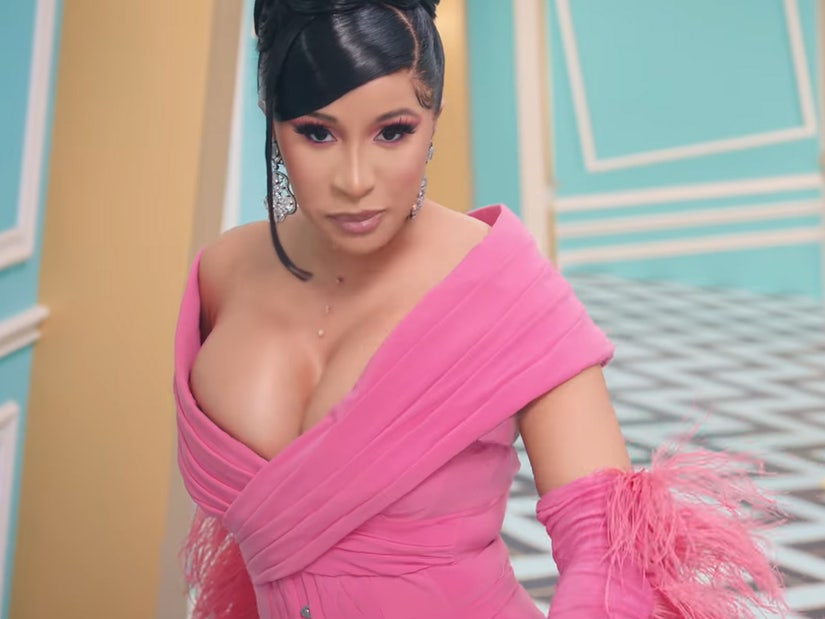 The Grammy winner also responded to the backlash she received from conservative critics over the song's lyrics.

From snakes and tigers to A-list cameos and wild VFX, Cardi B pulled out all the stops for her "WAP" music video, but now it's been revealed the rapper dropped some serious cash on coronavirus safety measures.

In an interview with i-D Thursday, the 27-year-old hip-hop star opened up about filming the record-breaking video, revealing she spent $100,000 on COVID-19 tests for the shoot's crew. 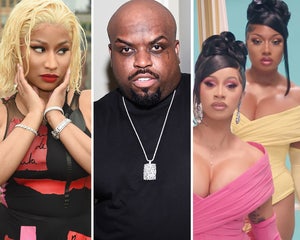 "It was kind of weird shooting the video in the age of corona," Cardi said. "Like, we had to spend $100,000 dollars just on testing. Everybody on the shoot had to get tested for coronavirus."

"We had a tiger and a leopard there, but we didn’t film with them in there because of safety and because of the pandemic," she added. "We spliced those scenes together."

And as for the snakes that were slithered around her and Megan Thee Stallion?

"One of the scariest parts was the snake scene," Cardi said. "I was naked and one of them peed all over me."

After the video dropped last week, Cardi and Megan's epic collaboration has continued to climb the charts as well as break several records. The "WAP" music video garnered over 26 million views in its first 24 hours on YouTube -- the most by an all-female collab in history.

Cardi, who's a pro at dealing with haters at this point, told i-D the "WAP" backlash doesn't make her "angry," but she didn't expect the track to be "so controversial."

"I've been really surprised by the reaction, honestly," the Grammy winner explained. "I knew it was gonna have a big impact, I guess, because of me and Megan. But I didn't know it was going to be so controversial. I never expected that, you know, conservatives and Republicans were going to be talking about the song."

"It doesn't make me angry," Cardi added. "It makes me happy. They keep talking and the numbers keep going up. At the end of the day, whatever they're saying, the numbers speak for themselves."

One of the most outspoken critics of "WAP" -- an acronym for "wet ass p---y" -- was conservative commentator, Ben Shapiro, who questioned "whether graphic descriptions of 'wet-ass p---y' is empowering for women."

In response to this argument from haters like Shapiro, Cardi said, "I always encourage people to be confident, especially when it comes to your sexuality. Some of these men are uncomfortable, they're not even comfortable being sensual."