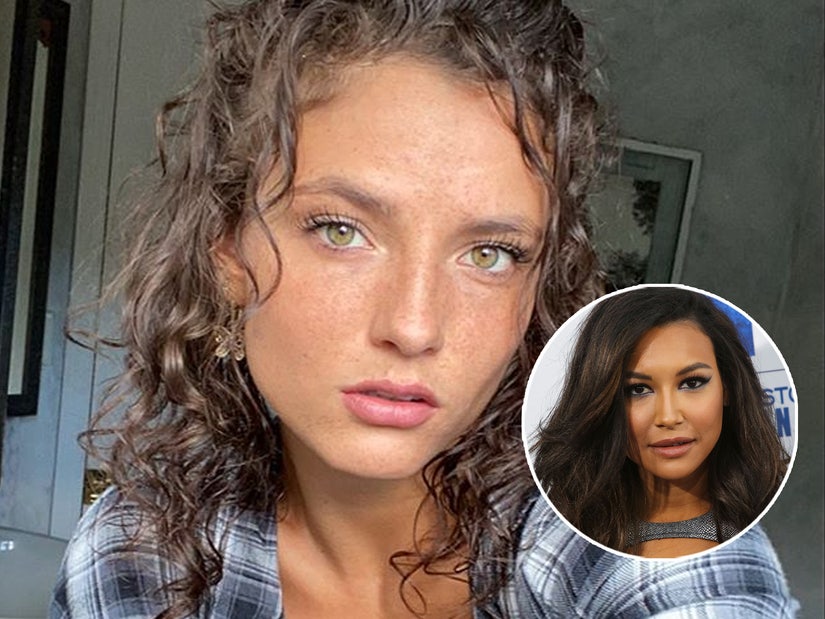 "It's rare that you meet somebody of her magnitude in a professional setting carrying themselves so personably when the cameras turn off."

Jade Chynoweth is taking a look back at her experience working with Naya Rivera, calling the late star "a huge light" in the industry.

The 22-year-old actress and professional dancer, who starred alongside Rivera in the "Step Up" television series, reflected on how the "Glee" alum inspired her as a performer in an e-mail interview with TooFab.

"[Naya] was obviously a huge light and such an inspiration and mentor to not only me but everyone she came in contact with," Chynoweth said. "I think what new actors can learn from Naya was her ability to make such incredible choices on set and simultaneously be so down to Earth off set."

"It's rare that you meet somebody of her magnitude in a professional setting carrying themselves so personably when the cameras turn off," she added, before sharing what she'll miss most about her co-star. "I will personally miss sneaking off to get a spoonful of peanut butter with her between takes."

Rivera, who played the female lead in "Step Up," passed away in July in an accidental drowning while boating with her 4-year-old son, Josey, in Lake Piru, California. Her son survived.

During TooFab's correspondence with Chynoweth, the actress also spoke about her latest movie "Max Winslow and the House of Secrets," in which she plays a social media influencer named Sophia Peach.

The family sci-fi film, which is out now on Blu-Ray and VOD, follows five teens who compete to win a mansion owned by a billionaire scientist (Chad Michael Murray.)

Read our full Q&A below to see what Chynoweth said about her role in the thriller, as well as her views on self-love, social media and more!

What was it like playing Sophia Peach, a social media influencer? Did you get any insights into that world that have shaped or changed your perspective on social media?

Despite having a career that is very immersed in the social media world, I actually had a hard time relating. I have always done my best to set boundaries around what is real life, and what is social media. It did give me insight and a different depth of realization of what social means to others and as well as setting a reminder of not letting something so superficial consume our lives.

How was it working alongside Chad Michael Murray?

Honestly, it was really enlightening. I was a huge fan of 'A Cinderella Story' growing up and being able to work alongside somebody that I respect was really cool. It's really refreshing to see how someone of his caliber in this industry blends being both professional and approachable and fun.

"Max Winslow" is now available on Blu-Ray and VOD, just in time for fall and Halloween next month. Do you have a favorite Spooky Season movie?

I am a big horror and thriller fan and love the festivities surrounding it. I love everything from "The Conjuring" and "The Shining," to "The Nightmare Before Christmas." I think it's a relief in such a serious world to step into the realm of the spooky and esoteric.

You often post about self-love on your social media accounts. What inspires you to do this? What makes you feel more confident?

I think what inspired me to do this was experiencing high levels of criticism while growing up in entertainment and realizing that so many others experience the same hurdles in their lives.

Growing up in this world of highlight reel lifestyle and hypersexuality, while simultaneously expressing it on a public forum sets us up for self-gratification via other's opinions. I think my goal, and what gives me confidence, is living my truth and letting other people know that it's ok for them to be themselves. We are all stumbling through life, trying to do our best and knowing that our best is enough is important.

As a dancer, you've worked with many A-list performers. Who are some singers and stars you would love to collaborate with?

Working with Halsey and getting to see who she is as a person was honestly a dream of mine. I'm not really sure who I'd love to collaborate with as a dancer but a definite dream of mine is to act/ work alongside Zoe Kravitz. I love her ability to portray a role and still remain so authentically herself in everything she does.

"Max Winslow and the House of Secrets" is available now on Blu-Ray and VOD.