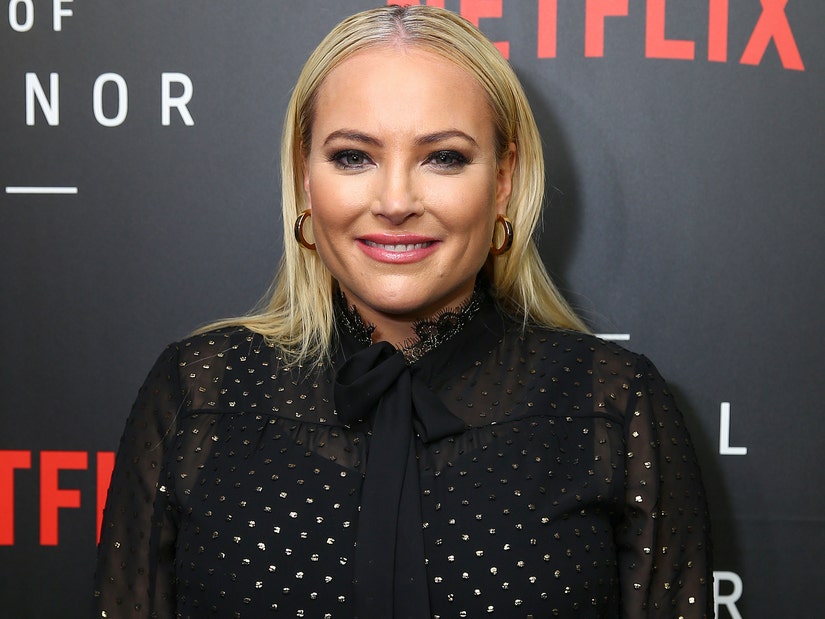 "Trying to keep myself looking as stylish as humanly possible while feeling like shamu."

Meghan McCain just revealed her due date -- and it's right around the corner!

"The View" co-host, who is expecting her first child with husband Ben Domenech, took to Instagram on Friday to share some details on her pregnancy, telling fans she's quickly approaching the due date.

McCain, 35, posted a stunning selfie in which she rocked a red lip and sleek "topknot." While the mama-to-be looked gorgeous and camera-ready, she said she's "feeling like Shamu."

"Topknot Friday!" she captioned the photo. "2.5 weeks until my due date and trying to keep myself looking as stylish as humanly possible while feeling like shamu. 🤰🏼🤰🏼🤰🏼"

Back in May, McCain announced that she and her husband had made the "conscious decision to guard [her] growing family's privacy as much as possible."

The ABC host, who revealed she was expecting in late March, opened up about her decision on her Instagram, sharing a photo of a tweet that relayed a similar message.

McCain further discussed her thoughts in the post's caption, writing, "I believe children have a right to privacy and hope you will all understand as we navigate this as much as possible going forward without sacrificing our comfort or safety. A bunch of inhumane jackasses have really ruined so much for so many on social media and I learned a lot of hard lessons about cruelty that comes with being open and vulnerable about my personal life during my Dads cancer fight."

A couple of weeks later, McCain gave a rare update on her pregnancy, despite saying she wouldn't be posting about her baby on social media.

"My baby moves around inside me all day like a wildcat. Wild in the womb," she shared on her Instagram Story. "I should have expected nothing less from the spawn of me and Ben..."

McCain added, "Mothers this is a truly special and paradigm shifting thing to experience..."