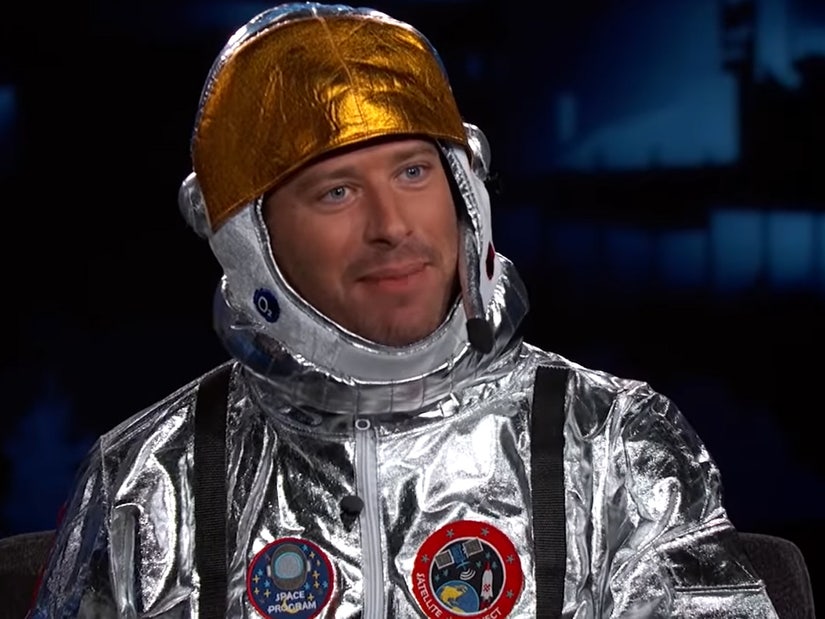 "I came back from the Cayman Islands where I was during quarantine and I was like, 'Dude, I have nothing to do.'"

Like many of us, Armie Hammer is using his spare time during the coronavirus lockdown to try something new.

During his visit to "Jimmy Kimmel Live" on Tuesday, the "Rebecca" star revealed how he decided to try his hand at construction after a friend convinced the actor to help him fix up an abandoned motel.

"I have been productive," Armie, 34, exclaimed when asked what he has been up to amid the pandemic. "I've been really fortunate. I mean look, the world's falling apart, it's the apocalypse, but funny enough, my buddy Ashton [Ramsey] bought an old motel out in the desert."

"It was this kind of abandoned, rundown motel, and I came back from the Cayman Islands where I was during quarantine and I was like, 'Dude, I have nothing to do.' He was like, 'Do you wanna come live with me in this abandoned motel and do construction with me?'"

Jimmy chimed in, "You say no, right? 'Of course not, that's terrible. I'm a movie star, that's the last thing I want to do.'"

But Armie said he had nothing better going on.

"I was literally sitting at home picking boogers and seeing how far I could flick them. I was really out of options."

The "Lone Ranger" star went on to joke how he was proficient at orbital floor sanders and fixing dry wall, but said there are "some power tools I should not be trusted with."

This isn't the first time Armie admitted to feeling the effects of the coronavirus lockdown, as he recently went into detail about his family being stuck in his father's apartment in the Cayman Islands during the onset of the pandemic. 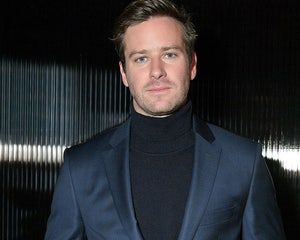 "With big personalities all locked in a little tiny place. It was tough, man," he confessed to GQ. "I'd never dealt with anything like that before in my life, so I didn't have the tools. It was just this thing that snuck up on everybody."

"I don't think I handled it very well," he continued. "I think, to be quite frank, I came very close to completely losing my mind. I just felt completely powerless. And I was on an island where the lockdown was so severe that mail couldn't even come in. I felt so intensely trapped, like a wolf who got caught in a snare and wants to chew his own foot off. I was just like, 'I can’t do this. Get me out of here.'"

He claimed the island handled the lockdown very efficiently, but some of the restrictions appeared "draconian."

"Everything was closed. I mean, everything. The gas stations, the grocery stores. Everyone just locked themselves in their house. If you're out and they see you, you go to jail for a year. I am not kidding. One guy violated curfew by five minutes and they put them in jail for four months. They were not f--king around." 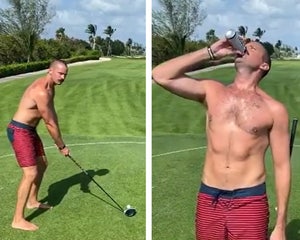 He added, "We couldn't leave the apartment, couldn't go in the pool, couldn't do anything. So it was a really concentrated family time, which is really great with the kids, but it was intense."

During the ordeal, Armie and his wife, Elizabeth Chambers,  decided to separate after 10 years of marriage. On July 10, Chambers filed for divorce. Soon after, Hammer returned to the United States as Chambers continues to live in the Cayman Islands with their two children, daughter Harper, five, and son Ford Douglas, three.

The couple announced their decision to split in a statement on their Instagram accounts.

"It has been an incredible journey, but together, we've decided to turn the page and move on from our marriage," the message read. "As we enter into this next chapter, our children and relationship as co-parents and dear friends will remain our priority. We understand this news lends itself to public dialogue, but in the interest of our children and our family, we're asking for privacy, compassion and love during this time."