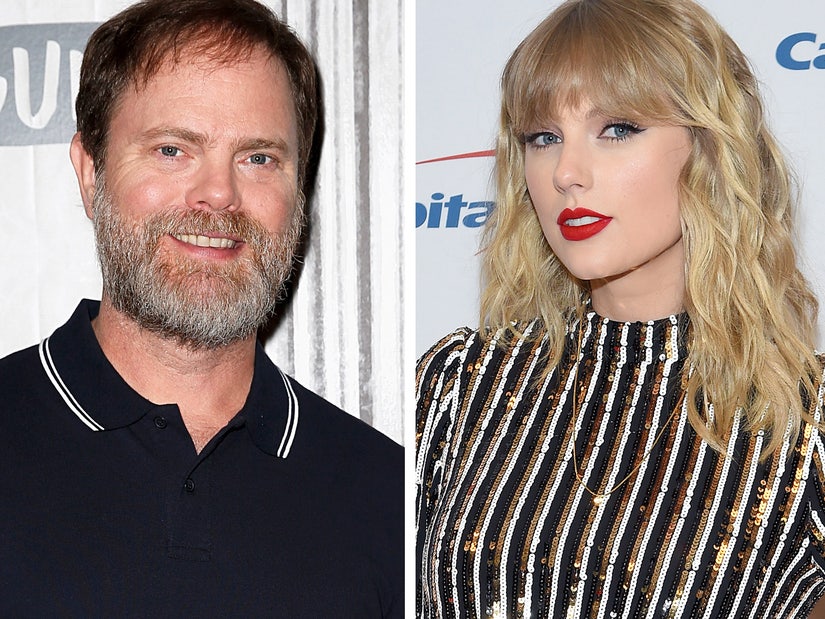 Taylor Swift had a hilarious response to "The Office" star Rainn Wilson after the actor joked he had no idea who the singer was.

The epic Twitter exchange began on Monday when Swift reacted to a tweet of a rave review of her new album "evermore" by referencing Wilson's "Office" character Dwight Shrute. The initial post, which came from Spin magazine, called "evermore" an "undeniable folk-pop masterpiece." 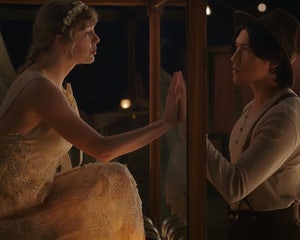 Swift, 31, reposted the tweet and shared a GIF that showed Wilson's Shrute tearing up as he said, "Thank you."

The post didn't go unnoticed by Wilson, 54, who replied by joking that he didn't know who Swift was.

Sharing Swift's tweet, Wilson quipped, "I do not know who this is. Inventor of the Swiffer?"

Swift -- who is a longtime fan of "The Office" -- responded to Wilson's message, tweeting a GIF of John Krasinski's character, Jim Halpert. In the GIF, Jim looked at the camera and mouthed, "Touché."

"The Office's" official Twitter account also chimed in and posted a GIF of Wilson's Shrute bowing down, while also referencing an episode of the show in which Shrute confused Justin Bieber for Justice Beaver.

Exactly. Not to be confused with Justice Beaver.

This isn't the first time Swift has brought up her love for "The Office." Last month, Swift used a quote from Steve Carell's "Office" character Michael Scott to react to her Grammy nominations.

The singer's eighth record "folklore" is up for six awards, including Best Album. Swift has already won in the category twice previously. If she wins a third time, she will be in the company of legends Stevie Wonder and Frank Sinatra.

While appearing on "Good Morning America" in November, George Stephanopoulos asked Swift what it would feel like to possibly be grouped with Wonder and Sinatra for Best Album wins.

"To quote Michael Scott from 'The Office,' I'm not superstitious but I am a little stitious," Swift said in reply.