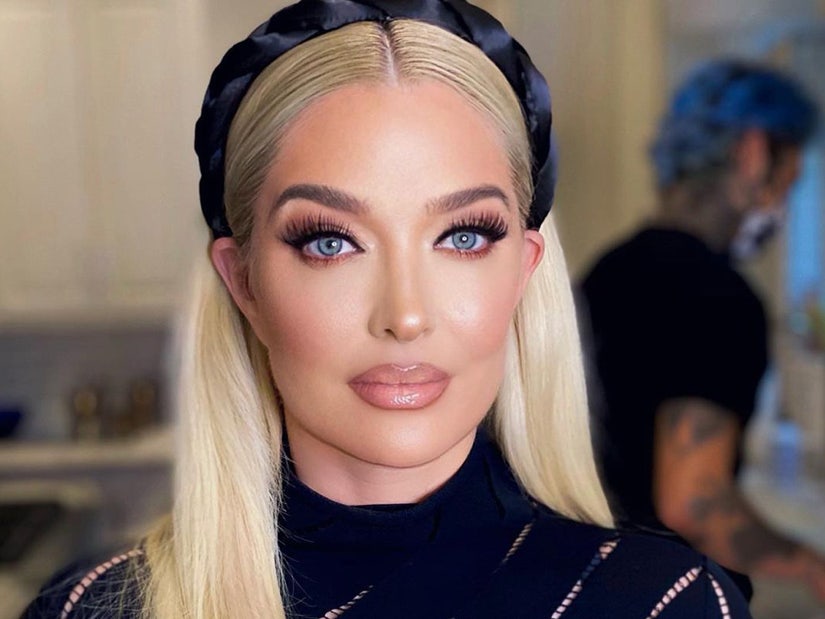 "Bigger stuff going on than your vanity today."

Erika Jayne might be joining Tinder soon as she joked about setting up an online dating profile.

The "Real Housewives of Beverly Hills" star, 49, took to her Instagram on Thursday to share a risqué photo of herself amid her divorce proceedings with estranged husband Tom Girardi, 81.

"Thinking of making this my online dating profile pic. Thoughts?? 🤔#savagexambassador," she captioned the snap of herself in fishnet stockings and lingerie.

But a few followers slammed the "Pretty Mess" singer's post for being ill-timed, as the country is reeling from the recent attack on the Capitol.

"I think you're mighty tone deaf and ought to read the room. Bigger stuff going on than your vanity today," shared one fan, as another wrote, "uhhhhhhhhhhh are u fr right now sis? A coup just happened."

And one commenter called her out by posting, "Really the most unthinkable thing happened in our country yesterday and you think it's appropriate to post a sexual photograph don't worry I'll Unfollow myself from your page."

On November 3, Jayne filed for divorce from Girardi citing irreconcilable differences after being married to him for 21 years.

However, the couple have been accused of faking the divorce to help conceal their involvement with an embezzlement case, which claims Girardi misappropriated "at least $2 million in client money," per TMZ. The money was due to the families of the victims of a 2018 Boeing jet crash in Indonesia.

Edelson PC, a class action firm, claims their split is a "sham attempt to fraudulently protect Tom and Erika's money," according to court papers. The filing also alleges the pair "are on the verge of financial collapse and locked in a downward spiral of mounting debts and dwindling funds."