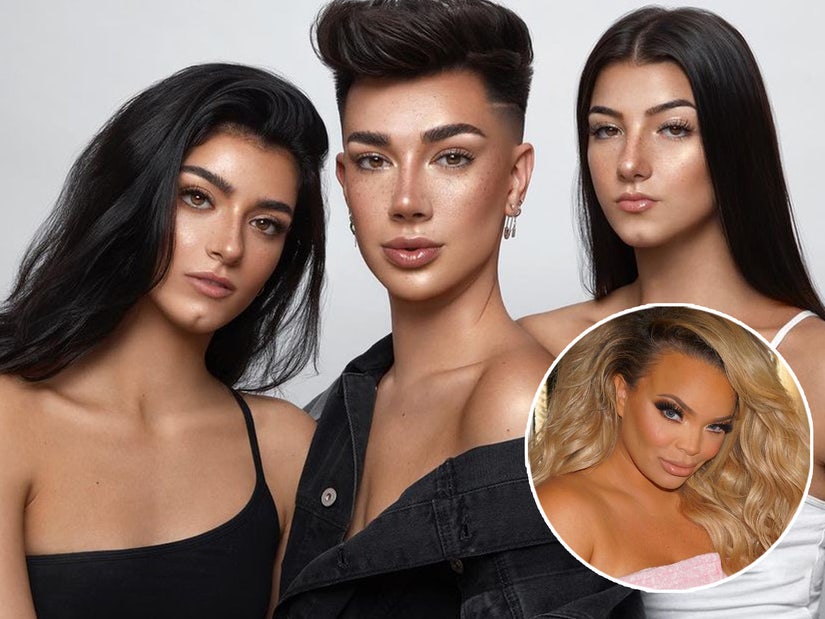 Trisha Paytas' TikTok account is back up and running, despite telling fans she's quitting the app after receiving some hate in her comments.

On January 9, Paytas posted a TikTok and said, "I'm leaving the app, for real. I'm leaving social media. It's a really toxic place and I wish you all well."

"I want to apologize to Charli, Dixie and James," the 32-year-old YouTube star concluded her TikTok.

The next day Trisha uploaded another TikTok saying she's going to quit the social media platform yet again due to the ongoing harassment by users on the app.

"It looks like I might be quitting again. The comments are just a little too harsh for me on here. I get it, I'm 32. I'm a little too old to be on TikTok anyways," she explained. "You can find me on YouTube, I'm going to be focusing on me, my family and my fiance."

However, her absence only lasted a day. Paytas' account was back up and running January 10 with a variety of newly uploaded comedy and dance videos.

Trisha's apology comes a month after she was called out online for "dragging" Charli and Dixie D'Amelio after their infamous chef video went viral and called for makeup artist James Charles to be "cancelled" after accusing him of being a "predator" for hanging out with Charli.

"Poor parenting on ur parents end James for allowing u to be friends with Tati, a middle aged woman while u were a teen. Unfortunately u were the victim then. But now Charli is the victim, u being friends with a minor is predatory," Paytas wrote during a Twitter rant.

James lashed back at Trisha's Twitter rant in a TikTok video and said, "I became friends with the D'Amelio family as a whole, very very early on, because this was all very new to them and I wanted to be a friend and a mentor in any way that I possibly could and Charli and I, despite not being the same age, had one thing in common, which is coming into the spotlight at a very, very young age."

"This is something that Trisha has never experienced, because the only reason she is in the spotlight is because she said racist things, she's said the n-word, she's done black face, she offended the trans community, she offended the DID community, she said Hitler wasn't that bad of a guy, voted for Trump, and has started a fight with about every single other creator on this platform," Charles continued. "You are in no position to be talking about me and my career, so I highly recommend that you stop starting fights with people who are half your age, pack it up, and work on holding yourself and your best friends around you, because they and you are the problem."

James, Dixie and Charli have yet to respond to the apology.